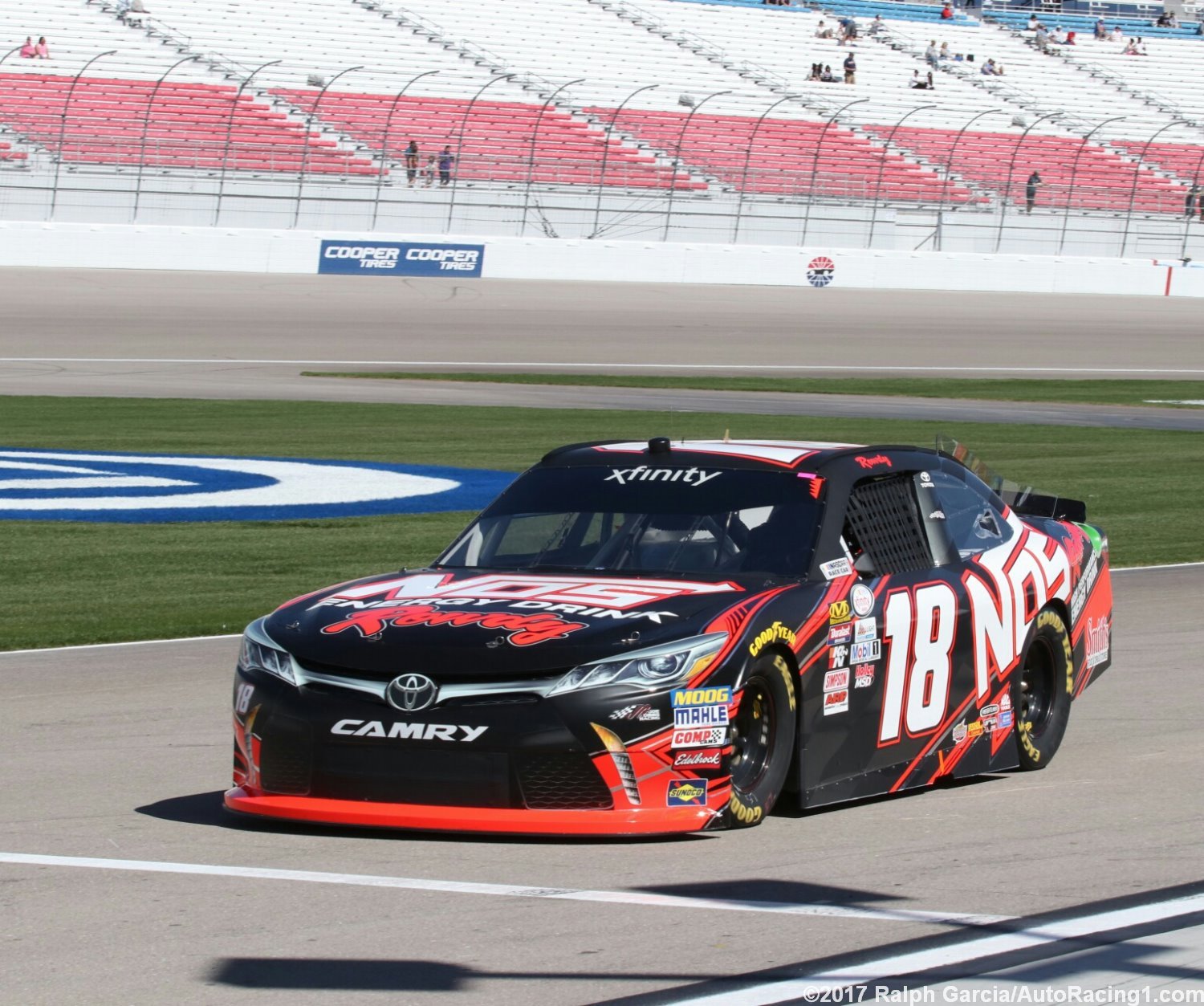 Drivers had to deal with the addition of timing lines on pit road at Atlanta, creating scoring segments that were much smaller than those in play when the series visited the 1.54-mile track last year.

Similarly, for races this weekend at Las Vegas, drivers and crew chiefs are confronted with double the number of timing lines in place for last year's events. To allow teams to get familiar with the smaller segments, NASCAR opened the timing loops for XFINITY Series practice on Friday and both Monster Energy Series practices on Saturday.

During Saturday's first session, teams seemingly spent as much time huddled around computers showing the speeds in pit road sectors as they did congregating around the cars.

Ryan Blaney, who qualified third on Friday in the No. 21 Wood Brothers Ford, was more concerned with getting in and out of his pit box cleanly than he was with speeding on pit road. That's why crew chief Jeremy Bullins chose pit stall No. 40, closest to the entrance to pit road.

"You always want to be able to get in and out of your box clean and not have to worry about going around cars or cars coming around you," said Blaney, who was sixth fastest in Saturday's first practice. "You can speed anywhere on pit road. Nowadays, your box really has a small role in playing with timing lines ever since they added a bunch of them.

"You just have to watch your speed, but it maybe helps a little bit coming in just so you can get in your box and reset, but then you have to focus on getting down all of pit road (without speeding)."

Blaney is not one to take chances by pushing the pit road speed limit (45 mph at Las Vegas with a tolerance up to 50 mph).

"I've got other things to worry about," Blaney said. "I know there's been a lot of talk about all the speeding penalties last week, but I've always been on the conservative side when it comes to that. I think giving up a little bit there is a lot more beneficial than having to come back down pit road, so I've always been on the conservative side of the pit road speed stuff.

"Now that I say that, I'll probably get a penalty (on Sunday), but it's not something I really worry about." NASCAR Wire Service