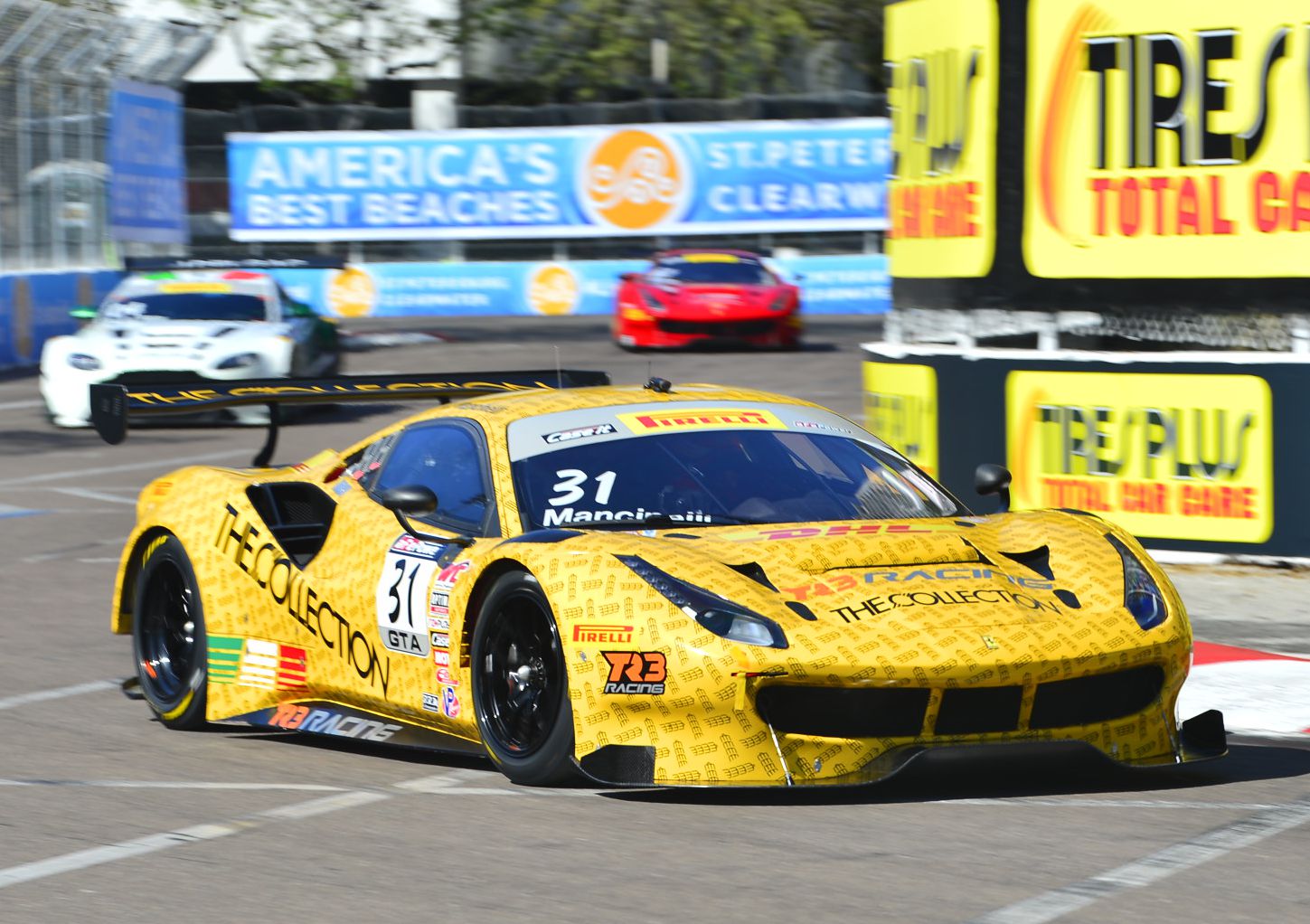 Italy’s Daniel Mancinelli made a shocking debut Friday in the GT/GTA qualifying session when the driver of the No. TR3 Racing Ferrari 488 GT3 capturing the overall pole position in the Pirelli World Challenge Grand Prix of St. Petersburg presented by Caseâ-�It in the streets of St. Petersburg.

Mancinelli, a former open-wheel racer in Europe, recorded a pole run of one minute, 13.953 seconds (87.62 miles per hour) in the revised 1.8-mile, 14-turn temporary circuit on the St. Pete harborside in his first Pirelli World Challenge racing weekend after competing exclusively in his native Italy and European countries. Mancinelli clocked his fastest lap on his eighth and final lap of the qualifying round.

“The track is very tricky," said Mancinelli. “It is very nice and fun for me and all of the drivers. I want to thank TR3 Racing because they gave me a very good car. This is a good track for the Ferrari. I love America right now! Last year, I raced just two races in the Ferrari Challenge. Those are my only American races before. I have raced the Ferrari Challenge in Europe as well as the Italian GT series. I drove a McLaren in the GT championship two years ago and last year I drove a Ferrari. I started in karting in Italy and then drove in open-wheel cars and Formula Three before moving into sports cars in 2012.“

The top 14 GT/GTA drivers Friday were within one second of the pole-winning lap time with an extremely tight grid for Saturday’s 2017 GT season opener set for 9:35 a.m. ET. Overnight, the track management made an adjustment to the track’s configuration in turn three. Thus, the GT/GTA field was qualifying on a new portion of the temporary course.

Riberas’ R. Ferri Motorsports team did a sensational job repairing its Ferrari 488 GT3 after a practice incident in Thursday’s action.

The top six GT drivers were from different countries including Italy, Germany, Portugal, Spain, United States and Australia with JD Davison bringing up the sixth spot with the No. 007 TRG Aston Martin Vantage GT3.

“This is my first race in Pirelli World Challenge," said Kaffer. “I’m really happy to be in this championship. For the past couple of years, it has been growing a lot with many good drivers. There are many good manufacturers here and to be in the first row in my first race is outstanding. I knew my Audi R8 was a strong car. Magnus Racing and Audi North America have done a great job preparing the car for us this year. I have a good understanding with this new Audi R8. Everything is good right now and I’m really looking forward to Saturday’s race."

“It was a bit of a battle out there for qualifying," said Parente, a six-time race winner in 2016. “We know that at street tracks like this, it’s always hard to get a clean lap. I had a close call with Johnny (O’Connell) on a really good lap. I thought he was going to get out of the way and he kept going. He probably didn’t see me. But it was my best lap with that set of tires, so I had to work on getting another good lap in the session. Had I gotten the clear lap when I needed it with the tires, I think I had a good chance for the pole. But still in third position, so I can’t complain too much."

MotorTrendOnDemand will live-stream the event; this and live TSL Timing and Scoring links can be found on the PWC St. Petersburg event page.