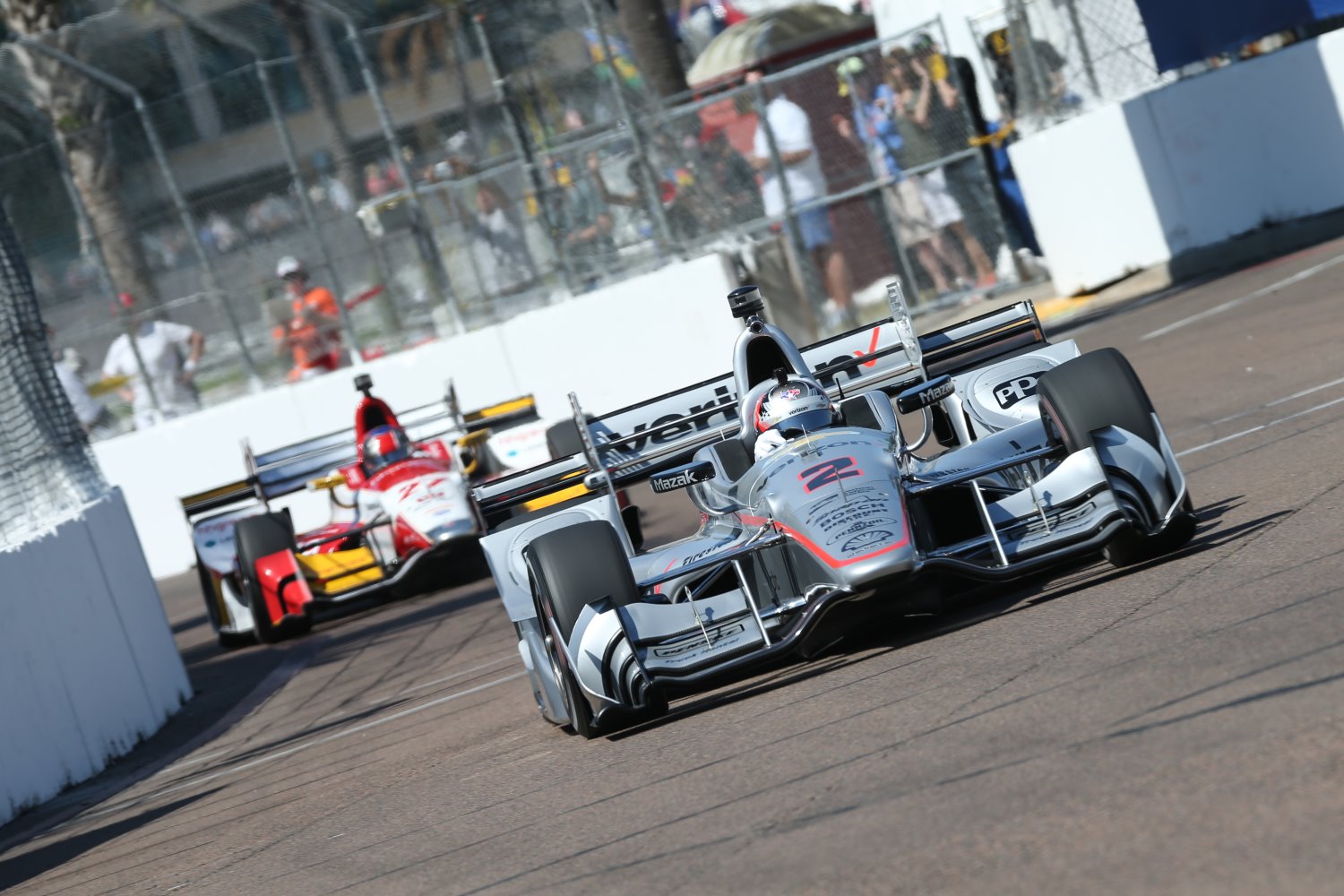 A perfect morning here in St. Petersburg with temperatures 66 degrees F going up to the mid-70s. There is a chance of showers at race time on Sunday but the hope is that we will stay dry.

Repaved downtown streets intended to smooth your drive could make a big difference in Sunday's Grand Prix of St. Petersburg.

About 80 percent of the 1.8-mile, 14-turn street course for the IndyCar season opener has been repaved, including the front straightaway on the Albert Whitted Airport's runway, Turns 5, 6 and 7 on Beach Drive NE, and the backstretch on Bay Shore Drive. Some of the bumps that made braking difficult have disappeared.

"It's definitely nice and smooth," IndyCar star Will Power said. "It's a really nicely done street course. Kind of sets the standard for how smooth street courses should be."

Although former series champion Ryan Hunter-Reay said the surface isn't as smooth as he thought it'd be in parts, the change should have an impact on Sunday's race. Fewer bumps could open up more passing lanes, especially on the best passing spots: Turns 1 and 10 and the front stretch.

The track underwent another change after multiple cars from other series had problems with a bump in Turn 3 during Thursday's practice. Organizers moved 180 feet of wall on the drivers' left side back about 40 feet and installed curbing on the right side. Instead of speeding by, drivers will have to brake more than usual.

It will be interesting to see whether yesterday's Honda domination will continue or whether the Chevy teams, headed by Team Penske, were sandbagging on Friday and will unleash their full power for qualifying.

Last night's season kickoff party was well attended and including many government officials, including Mayor Rick Kriseman, IndyCar CEO Mark Miles, Mari Hulman and other Hulman board members. This town is really behind the event. We ran into Dan Davis, former Ford Racing Boss who retired a few years back and is now serving as one of IndyCar's officials. He loves being semi-retired and still being able to keep his connections with racing 17 or 18 weekends a year. Ford's last driver championship in NASCAR came in 2004 when Kurt Busch drove for Roush Fenway Racing during the Dan Davis era. Mark C. reporting from St. Petersburg, Florida