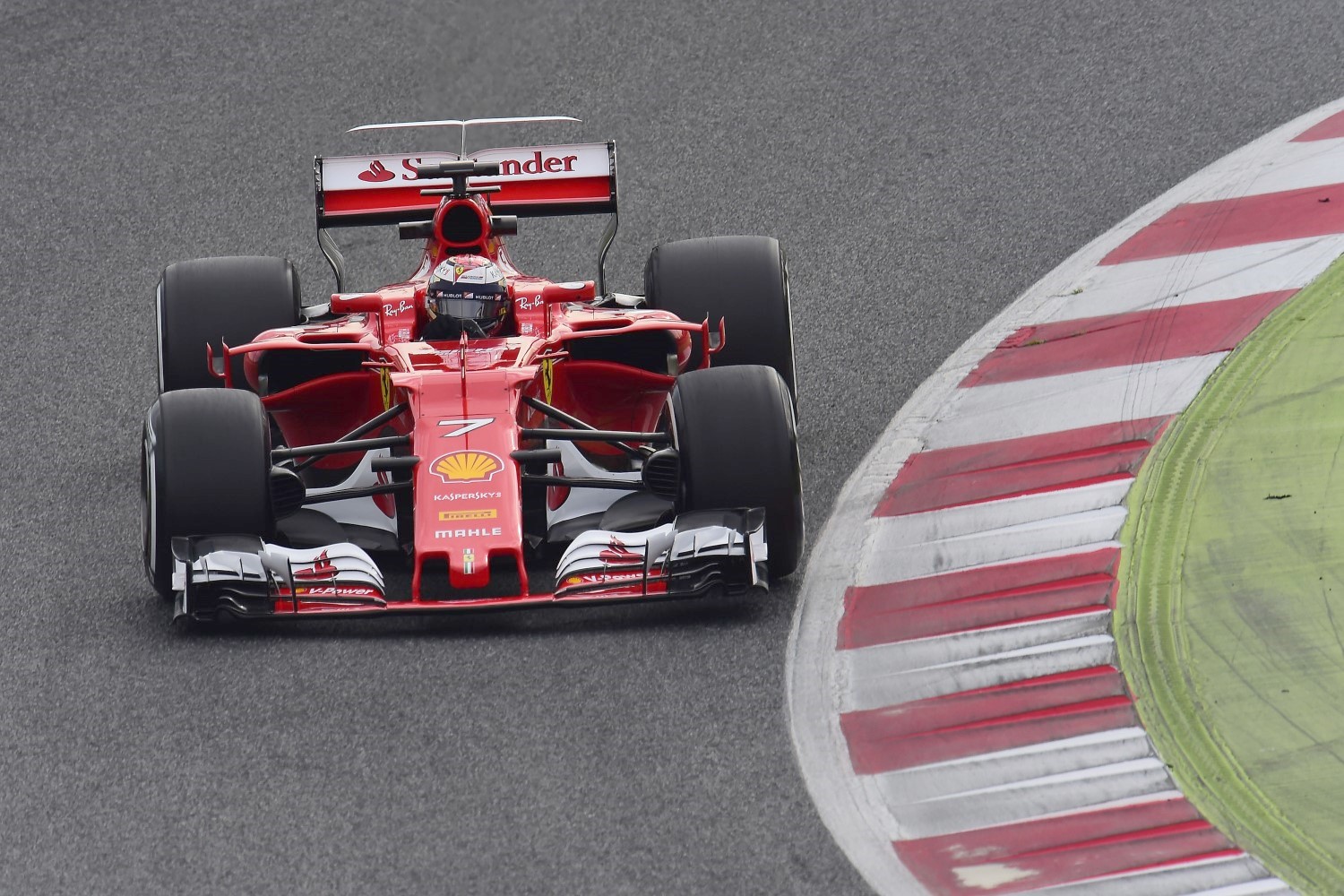 Ferrari's Kimi Raikkonen concluded Formula 1's pre-season testing schedule with the quickest time, amid delays for Red Bull and McLaren, at a warm and sunny Circuit de Barcelona-Catalunya on Friday.

Raikkonen romped clear of the pack with a 1:18.634 on the Super Soft compound tire during the morning session, one of the fastest ever laps of the current circuit layout.

Raikkonen's time was sufficient to finish eight tenths clear of Red Bull's Max Verstappen, though both drivers encountered issues during the afternoon session.

Raikkonen brought out the red flags when his SF70H came to a halt facing backwards on the old circuit at Turn 13, after he had slowed due to a suspected mechanical issue.

Raikkonen returned to the circuit during the final 20 minutes of the session, surpassing the 100-lap barrier, as Ferrari finished pre-season testing at the head of the pack.

Verstappen, meanwhile, spent the opening two-and-a-half hours of the afternoon running in the pit lane, as Red Bull investigated a turbo issue with his Renault-powered RB13.

Red Bull consequently finished the day with more laps than only McLaren, which endured another frustrating day to cap a troubled pre-season program.

Fernando Alonso twice stopped on track before lunch due to further electrical issues, which had plagued Stoffel Vandoorne on Thursday, also causing the Belgian to twice stop on circuit.

Alonso was able to rejoin the action in the afternoon, but his best lap, set on Ultra Softs, was 2.755s down on Raikkonen's best, as McLaren again propped up the mileage charts, on 43 laps.

Toro Rosso's Carlos Sainz Jr. used the Ultra Soft tire to place third, causing the sixth and final red flag of a disrupted day when he stopped on the start/finish straight, but was also able to return to action, finishing up on 132 laps, equal best with Williams rookie Lance Stroll.