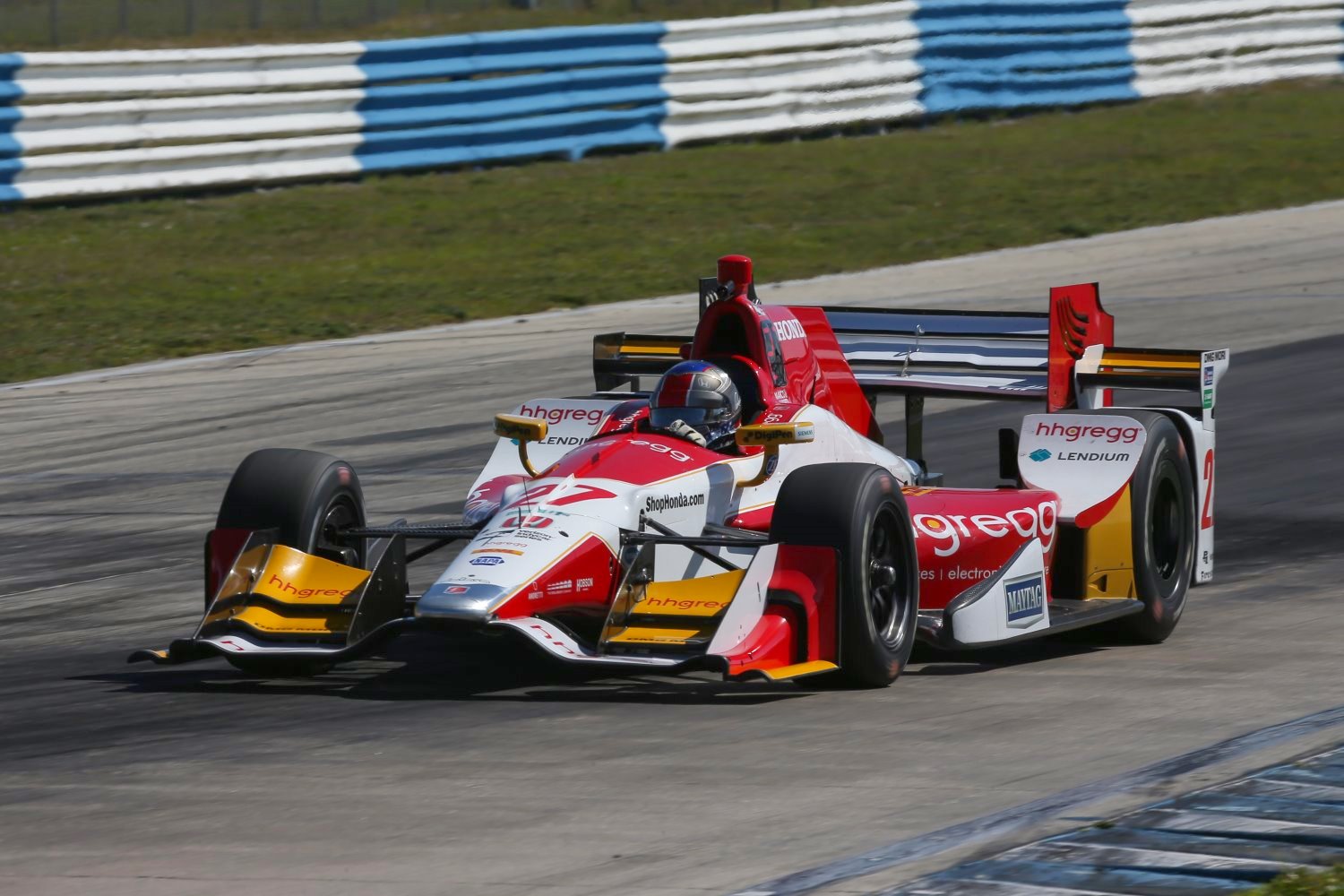 After a winter of intense training, Marco Andretti came out swinging by turning the fastest lap of 1m03.756s in opening practice for the Firestone St. Petersburg Grand Prix street race. Andretti led a Honda 1-2-3-4 as Honda appears to have caught Chevy in the offseason, at least so far.

Tony Kanaan came within a whisker of Andretti with a time of 1m03.845s with his Ganassi teammate right behind in third.

James Hinchcliffe and Simon Pagenaud rounded out the top-5.