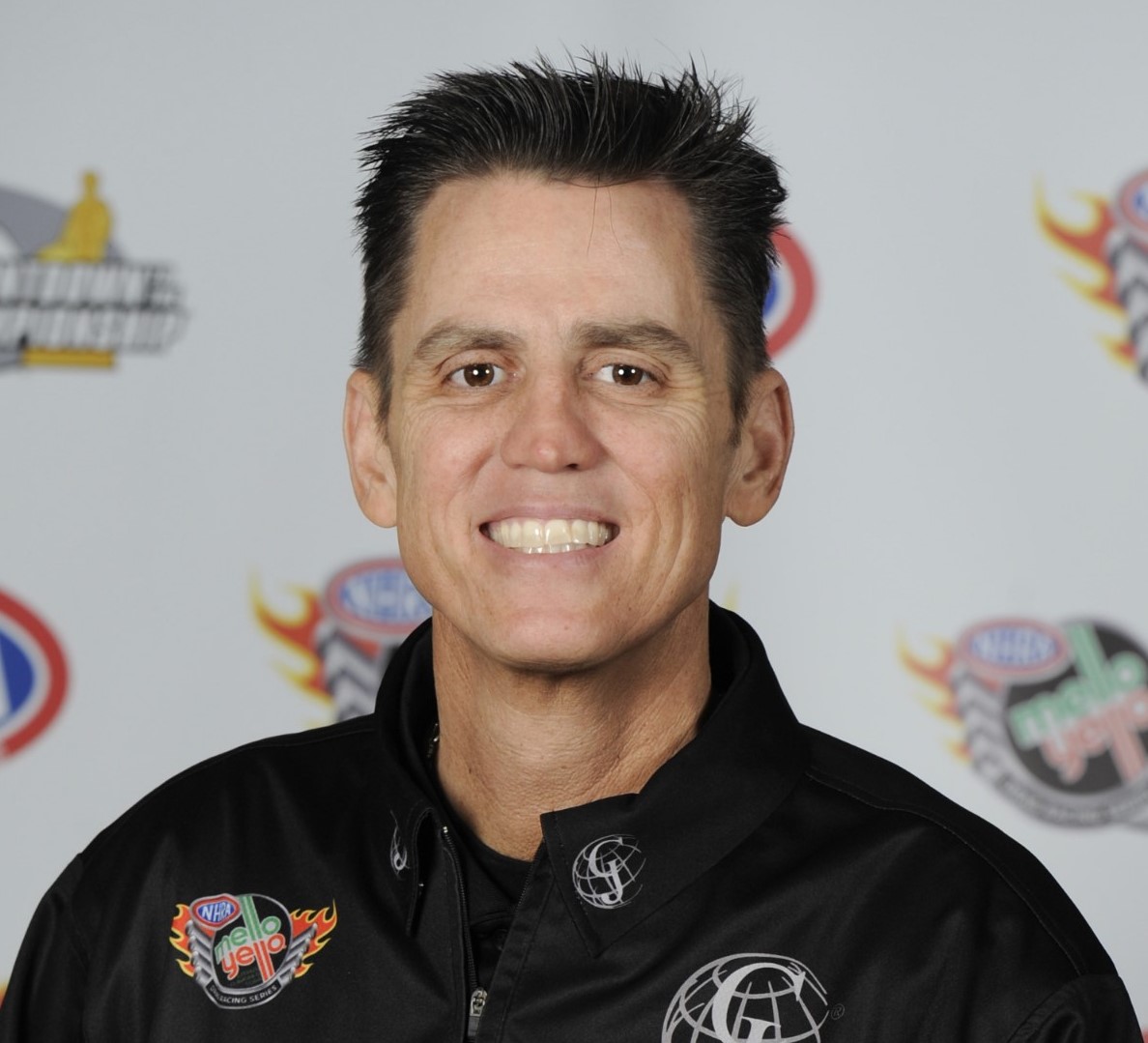 Dixon, 50, walked away from a spectacular qualifying crash two years ago on Saturday, March 14, 2015 when the Top Fuel dragster he was driving broke in half near the track’s 1000-foot finish line and flew some 75 feet in the air. Dixon was able to climb from the car’s wreckage.

After the 109g crash, the Avon, Ind., driver was later diagnosed with two fractures (T-4 and T-5 vertebrae) in his back but continued to compete in the 2015 NHRA Mello Yello Series Top Fuel campaign where he finished fourth in the final point standings.

“I don’t have any second thoughts about returning to Gainesville," said Dixon, winner of 62 NHRA Top Fuel national events. “I was there last year as a spectator and, to be honest, it’s not as much fun. The fans were great to me last year but I had a lot of them that wanted to see me back in a Top Fuel car, as would I."

Now, the four-time NHRA Gatornationals champion comes back to Gainesville with his own Top Fuel dragster and racing team (Larry Dixon Racing). Dixon competed in two NHRA national events in 2016 for another team while developing his own organization.

“It is especially intriguing that we are running our own Top Fuel car at Gainesville Raceway," said Dixon, the California native who grew up in the sport (Larry Sr. raced Top Fuel also) and served as a mechanic for Don “Snake" Prudhomme before beginning his driving career in 1995.

“I have so many big moments from Gainesville. Of course, the most recent with the crash in 2015. But I won four Top Fuel “Wally" trophies at the Gatornationals and I actually took my Top Fuel license runs in ‘Snake’s’ car at Gainesville back in 1994. That was ‘Snake’s’ final season driving and he wanted to put me in his Top Fueler the next year. That was quite an honor."

Dixon’s Top Fuel license runs actually took place the day after the 1994 NHRA Gatornationals and Larry’s elapsed time (4.76 seconds in the Â¼ mile) that day was right at the Top Fuel national record. The “Snake" knew he had a phenom waiting in the wings.

Dixon didn’t disappoint with a victory at his first NHRA Gatornationals in 1995 and he later won drag racing’s biggest race, U.S. Nationals, that year.

Dixon, who also captured Top Fuel titles at the Gatornationals, in 2001, 2002 and 2009, won the battle with throat cancer prior to his 2015 Gainesville accident.

“Despite what happened in that year of my life, with cancer and a broken back, I always wanted to continue Top Fuel racing and possibly compete with our own team," said Dixon. “Within the last six months, we have been able to collect the race cars and equipment to get back to an NHRA national event. With the help of a few partners and quite a few teams in the Indy area, we are coming to Gainesville to see how things can go. We know we need additional support to get a regular program together, but we want to see if we can make some solid runs with this equipment. I can’t thank everyone enough. It’s time to get a glove and get in the game."

Dixon has invested in preparing a strong team to assist him in his return to the NHRA national circuit at Gainesville.

“I think we have some excellent personnel led by our crew chief Mike Domagala. A lot of them have won races and championships and we have some new parts and pieces for the engines," Larry said. “Obviously, we will be sorting out our combination and there is no better place to go than Gainesville. NHRA does a great job preparing the track and the conditions will be outstanding as always. We have been working hard in the race shop to get ready for this one."

Top Fuel qualifying for the 48th running of the NHRA Gatornationals begins Friday (March 17) at 1:30 p.m. ET and Dixon and his new team will be sitting in the staging lanes ready for shot at a position in the 16- driver field. Other Top Fuel qualifying runs are set for 5 p.m. Friday, 12:45 p.m. and 3:15 p.m. Saturday (March 18) with final eliminations scheduled for 11 a.m. on Sunday (March 19). The event will be televi