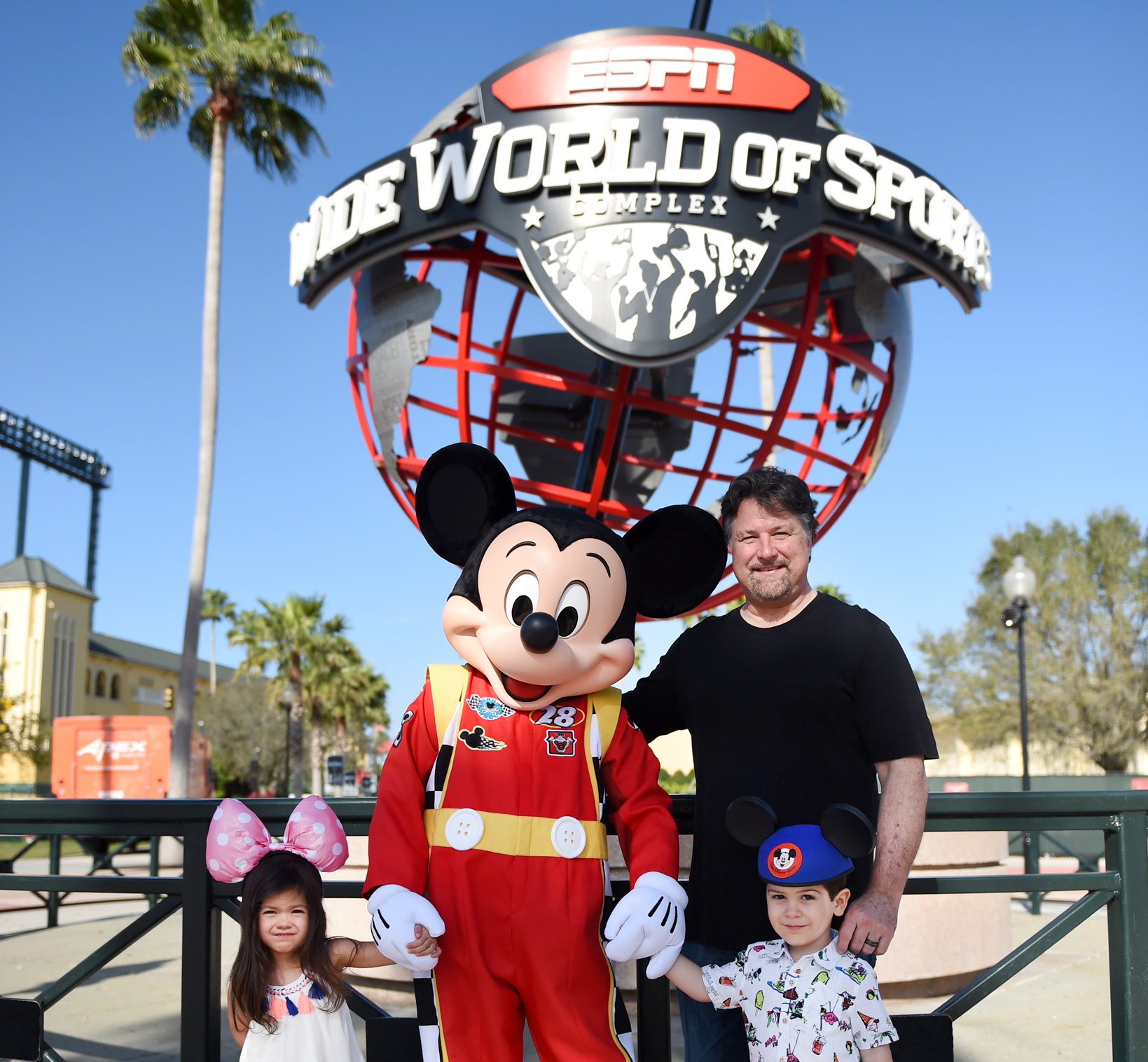 INDYCAR announced today that it will team up with Disney Junior's newest hit series "Mickey and the Roadster Racers" to deliver youth and family entertainment for the 2017 Verizon IndyCar Series season. As part of the program, Andretti Autosport driver Ryan Hunter-Reay will lead the team's participation as teammates Marco Andretti, Alexander Rossi and Takuma Sato help share the racing excitement by participating in special "Mickey and the Roadster Racers Pit Stop" events at three INDYCAR races this season: the series' kickoff at the Firestone Grand Prix of St. Petersburg on March 12, the Toyota Grand Prix of Long Beach on April 9 and the 101st Running of the Indianapolis 500 presented by PennGrade Motor Oil on May 28.

The collaboration will include at-track family activations in the Disney Junior Kids' Zone at all INDYCAR racing events, special surprise appearances at key races, and unique digital content and social experiences for fans, bringing an entirely new level of family fun to the INDYCAR experience.

"We are excited to bring Disney Junior's 'Mickey and the Roadster Racers' to the Verizon IndyCar Series," said CJ O'Donnell, Chief Marketing Officer, Hulman Motorsports. "The collaboration increases our appeal to a younger audience and adds new excitement as we kick off our 2017 season."

"Mickey Mouse is such an iconic character that has been part of all our lives, " said Verizon IndyCar Series and Indy 500 champion Hunter-Reay. "He was a big part of my childhood, and now my three sons enjoy Mickey and his friends in 'Mickey and the Roadster Racers,' which is entertaining and also includes important lessons for young kids. And with this new show, Mickey and I have a lot in common – we both drive yellow and red race cars and we both carry the No. 28."

"I'm really honored to have Andretti Autosport as part of this great Disney Junior activation," said Andretti Autosport CEO and Chairman Michael Andretti. "My youngest children are huge fans of 'Mickey and the Roadster Racers' and I can't think of a better way to start the 2017 season than with Mickey by our side."

About "Mickey and the Roadster Racers"
"Mickey and the Roadster Racers" is a madcap car-racing adventure for preschoolers led by Disney's No. 1 star, Mickey Mouse and his pals Minnie, Donald, Daisy and Goofy, along with their unique transforming vehicles, on humorous high-spirited races around the globe, as well as hometown capers in Hot Dog Hills. NASCAR stars Jimmie Johnson, Danica Patrick, who got her start in INDYCAR, and Jeff Gordon recur as race car drivers Jiminy Johnson, Danni Sue and Gordon Gear, respectively. Since its January 15 debut, the series has generated over 50 million viewer engagements across linear and digital viewing platforms. Episodes air daily on Disney Channel and Disney Junior and are also available on the Disney Junior app and Disney Junior VOD.