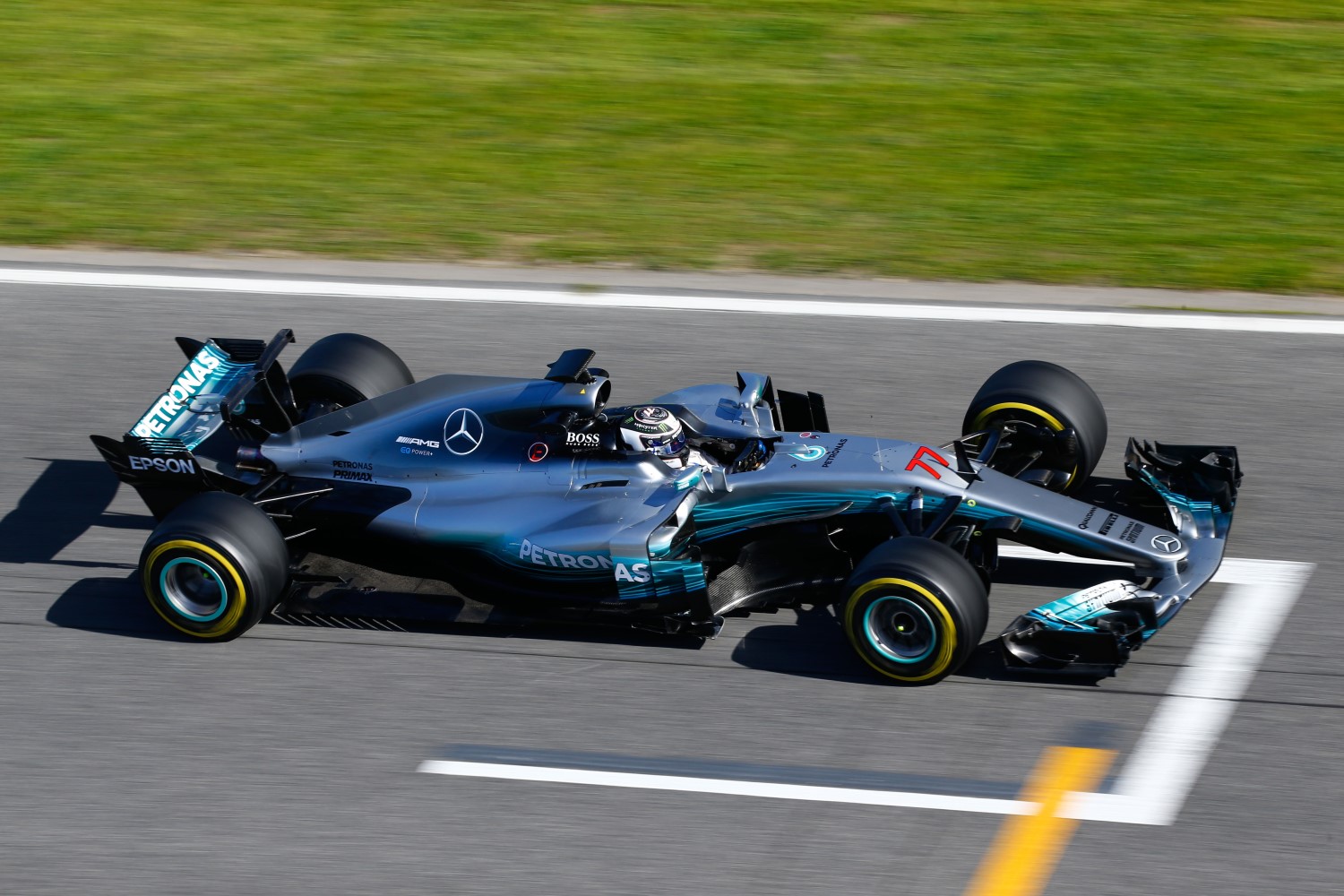 Still sandbagging, Mercedes driver Valtteri Bottas surged to the top of the standings as he clocked the quickest time of pre-season testing so far on Wednesday morning at Circuit de Barcelona-Catalunya.

Bottas posted a sequence of quick laps during the early stages on Ultra Soft tires, then re-emerged on the Super Soft rubber and turned the quickest time of 1:19.310, almost four-tenths clear of his headline-grabbing time from last week's four-day test.

Mercedes' new recruit set further times in the 1m19.3s on both the Super Soft and Ultra Soft compounds, but was unable to improve on his benchmark.

Bottas was also the most productive driver as he passed a race distance worth of mileage in the closing minutes, racking up 70 laps, before handing over to Lewis Hamilton for the afternoon.

Kimi Raikkonen lost time as Ferrari undertook a fluid systems check on the SF70H, but he was sent back out later in the morning, finishing third, his best lap set on the Soft tires.

Fernando Alonso took over duties from Stoffel Vandoorne at McLaren but finished at the bottom of the table, 3.7s down on Bottas, having completed the fewest laps. It is fairly safe to say the McLaren is going to be a dog again this year.