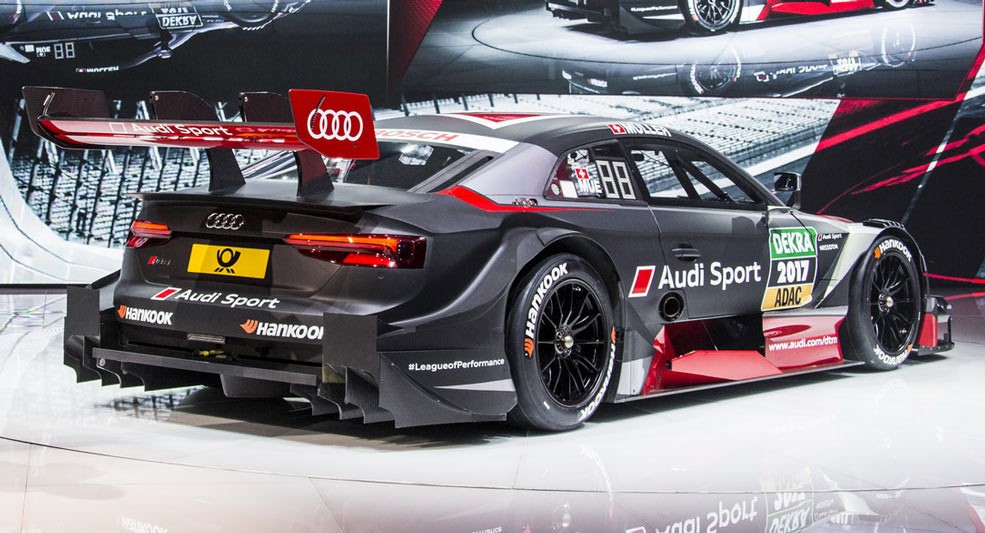 The road-going performance coupe isn't the only version of the new RS5 that Audi has brought to the Geneva Motor Show this year. Alongside it is the new DTM racing version that's set to compete in the popular German touring car series.

The two versions weren't just revealed together (like the RS3 in Paris), but for the first time were developed together right from the get-go.

Replacing the car with which Audi won the constructors' championship last year, the new RS5 DTM was designed to meet the latest changes to the regulations.

That means a 4.0-liter V8 engine that, while based on the existing unit, now features a new intake and cooling system, and is tuned to deliver over 500 horsepower. It also means softer tires (supplied by Hankook), and a ride height that sits closer to the track surface.

While designed to closely emulate the styling of the street version, the new RS5 DTM benefits from improved aerodynamics. The grille is just for show, while the front splitter, underfloor panels, and rear diffuser are all new. The rear wing sits in the same position, but is now flatter, and incorporates two flaps for a drag-reduction system similar to that used in Formula One.

The sum total is a car that promises to deliver significantly faster lap times on any circuit the series will visit this year. The regulations also envision more overtaking, so the spectacle won't just be faster, but hopefully filled with even more action for fans and competitors alike.