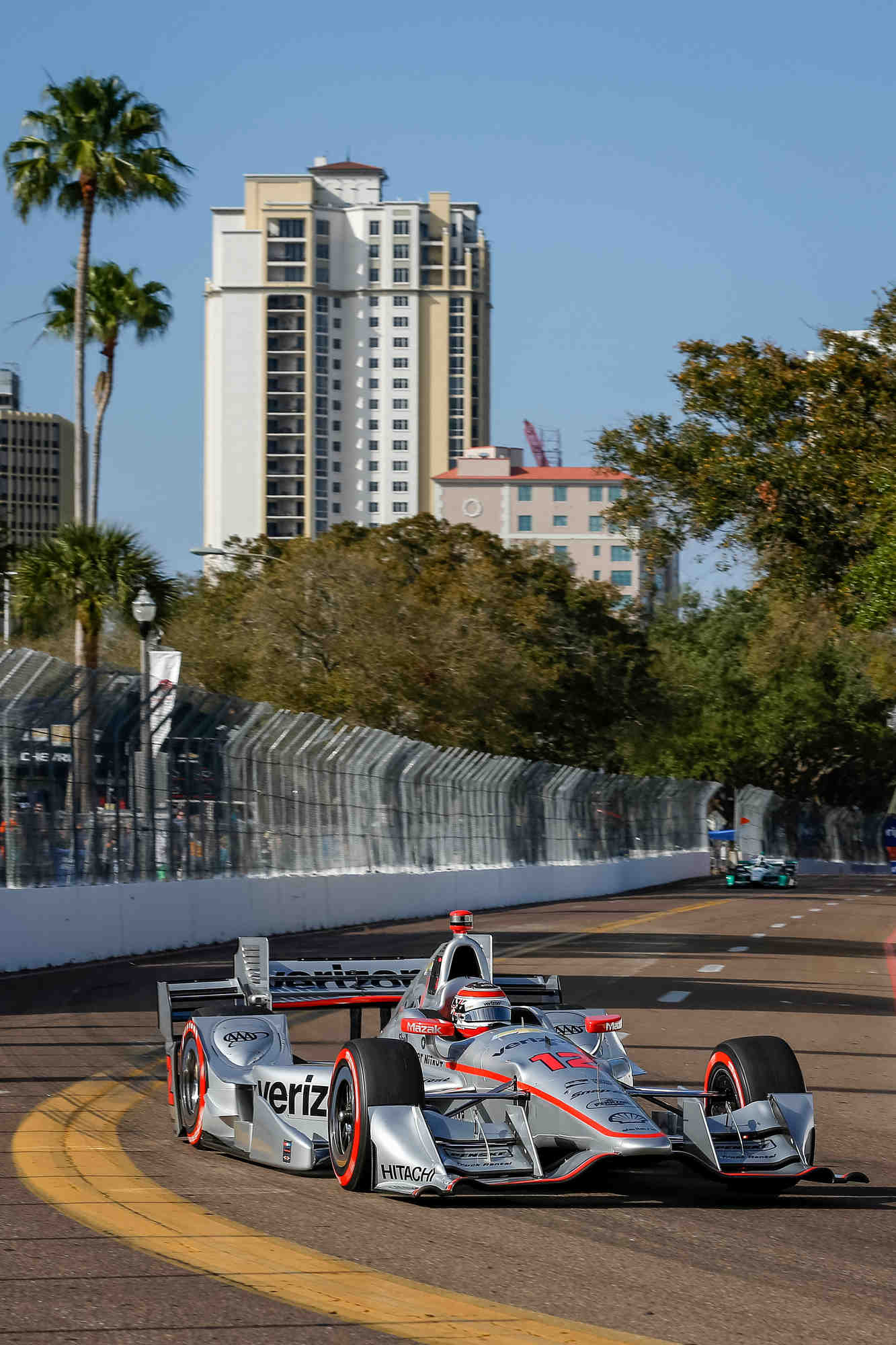 ABC will open the 2017 Verizon IndyCar Series season with a live telecast of the Firestone Grand Prix of St. Petersburg (Fla.) on Sunday, March 12. Coverage begins with pre-race at noon ET with the race’s green flag at 12:30 p.m. The telecast also will stream live on WatchESPN.

Run in one of auto racing's most picturesque settings, the 110-lap race will be contested on a 14-turn, 1.8-mile temporary racing circuit that includes St. Petersburg city streets as well as part of an adjacent airport. Boats in the blue waters of Tampa Bay provide a scenic backdrop for parts of the circuit.

ESPN’s production of the race telecast will introduce two new innovations to enhance the viewing experience for fans, including the first, exclusive usage of a predictive analytics system built especially for IndyCar racing that will bring viewers closer to the strategy that often determines race winners.

Designed for ESPN by Pit Rho, a technology company focused on the development of custom, predictive analytics solutions for the motorsports industry, the system will supplement the scoring tickers and graphics that race fans are accustomed to with additional information related to race strategy such as tire compound choices and laps on tires, fuel windows and optimal laps for pitting, as well as predictive analysis of positions, lap time falloff and probability of cautions.

“ESPN is always looking for new ways to serve the sports fan better, and this technology is the next step," said Kate Jackson, ESPN coordinating producer for motorsports. "Racing can be like watching a chess match: you have to be able to see what is being set up, not just what is happening right now. This innovation will allow us to present strategy information in a way that IndyCar fans have never seen before."

Also new this season will be “Visor Cam," a tiny camera mounted to a driver’s helmet, which will provide a unique view that will be used during ABC’s course description segment. Driver Josef Newgarden will be the first to utilize the camera for ABC as he drives the St. Petersburg circuit for a preview that will be recorded during practice for the event.

“Visor Cam will give viewers a very true portrayal of how it feels to be inside the car," said Jackson, noting that the new camera will not be used during the race due to possible interference with competition. “Fans will be able to see how G forces move the driver’s head and body around and how bumps on the circuit affect the car.

“We couldn’t have brought either of these innovations to our telecasts without the help of our partners from IndyCar," she said. “We greatly appreciate their vision and willingness to experiment with new ideas on television."

ESPN will produce telecasts of four additional Verizon IndyCar Series races this season on ABC, including the 101st running of the Indianapolis 500 on May 28 and two days of Indy 500 qualifications May 20-21. ABC also will televise the race on the Indianapolis Motor Speedway road course on May 13 and two races from Detroit’s Belle Isle circuit June 3-4.

Allen Bestwick will again be lead announcer for ABC’s IndyCar telecasts, joined in the booth for analysis by former series drivers Scott Goodyear and Eddie Cheever. Goodyear is starting his 16th season as an analyst for ABC and ESPN and Cheever his 10th. Pit reporters will be Jon Beekhuis, Rick DeBruhl and Dr. Jerry Punch.

Along with Jackson, ESPN’s production of the race telecasts will be led by senior coordinating producer Amy Rosenfeld with Jim Gaiero producing and Bruce Watson directing.

In addition to television in the United States on ABC, ESPN also distributes Verizon IndyCar Series race telecasts through a combination of ESPN networks and syndication to more than 170 countries and 100 million homes. In addition, U.S. troops serving overseas and on Navy vessels around the world can watch live via a broadcast agreement between ESPN and the American Forces Network.

And again this year, ESPN Player will bring fans across Europe, the Middle East and Africa (excluding the UK, France and Italy) live and on-demand coverage of the Verizon IndyCar Series season as a channel on the digital subscription service. ESPN Player is available on Mac, PC, iPad and Samsung Smart TVs, with high quality streaming on all devices. Information is available at ESPNPlayer.com.