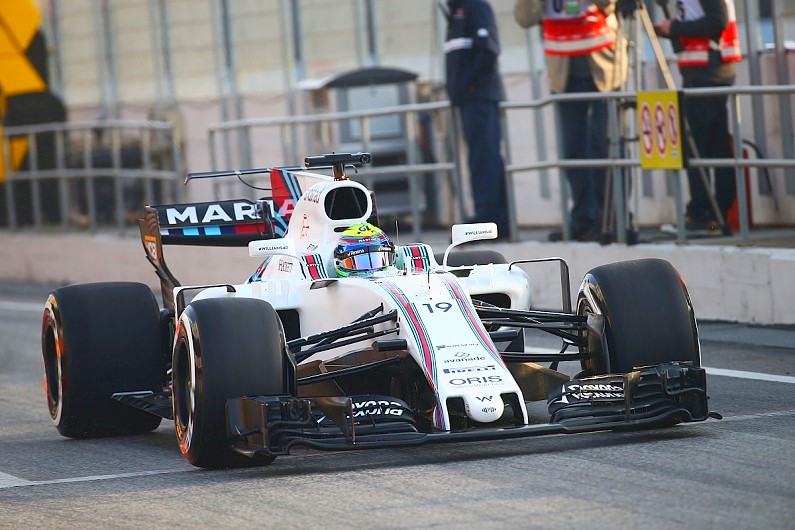 Williams' Felipe Massa led the way during the opening day of the second F1 test at the Circuit de Barcelona-Catalunya, with his lap shortly before the lunch break proving unbeatable in the afternoon.

Williams endured a fraught first week, amid several incidents for Lance Stroll, but began in bright fashion with Massa clocking a time of 1:19.726 on the Super Soft tire prior to the lunch break.

Massa's time could not be trumped in the afternoon as conditions became cooler and cloudier, while the Brazilian also added much-needed mileage to the FW40, completing a staggering 168 laps.

Red Bull's Daniel Ricciardo was second, 0.174 behind Massa, courtesy of his Ultra Soft-run during the morning session.

Sebastian Vettel improved in the afternoon, finishing just 0.006s adrift in his Ferrari, courtesy of a quick run on the Soft tires, matching Massa's total of 168 laps.

Lewis Hamilton finished fourth for Mercedes who are sandbagging by 1 or 2 seconds per lap, before handing over to teammate Valtteri Bottas, who wound up in fifth, with both drivers registering their best times on Softs.