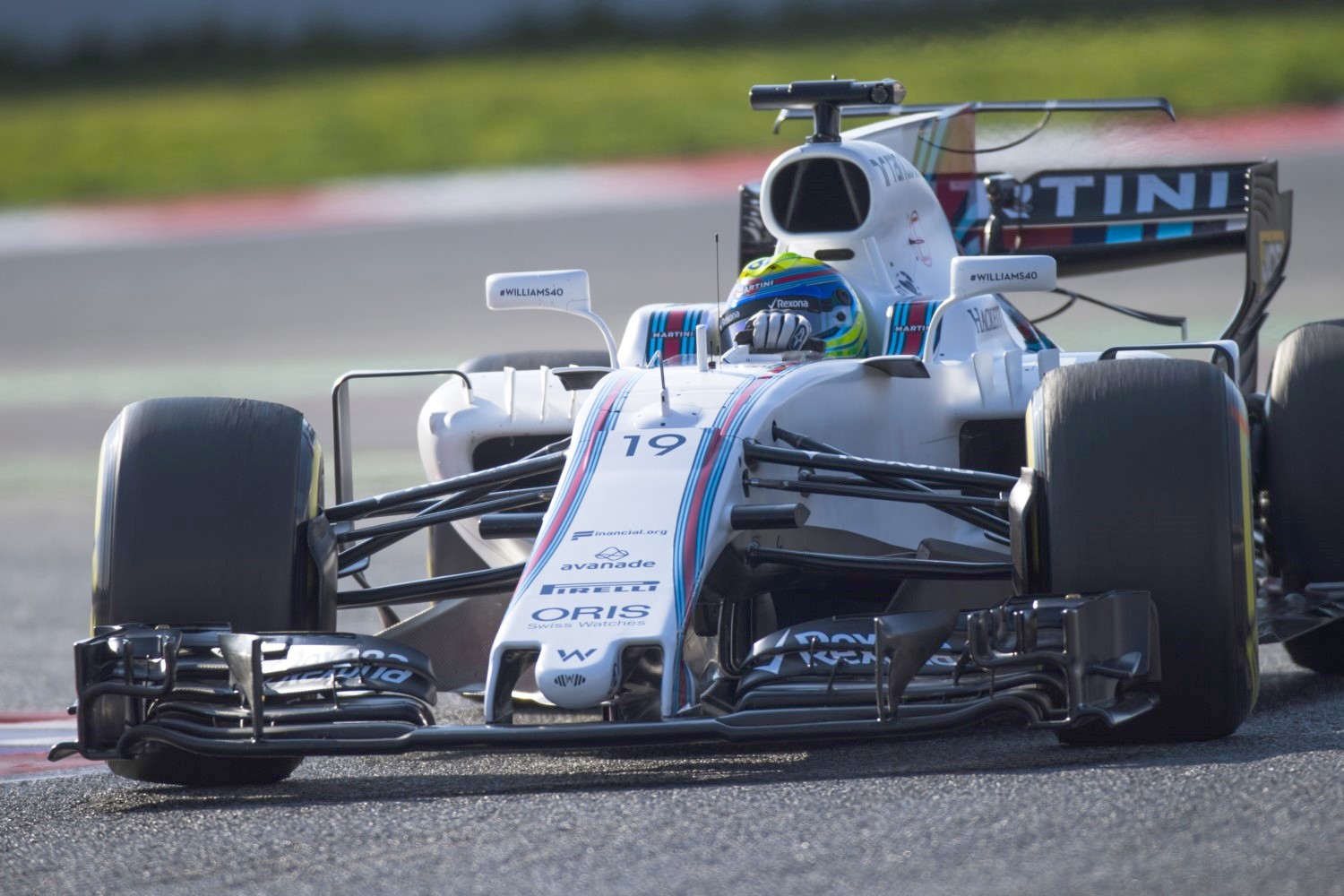 Using Super Soft tires fitted to his Williams, Felipe Massa clocked a 1:19.726 during Tuesday morning's session at the Circuit de Barcelona-Catalunya as Formula 1 returned to action for the second pre-season test.

Massa's time was just 0.021s down on last week's fastest lap, set by Mercedes' Valtteri Bottas on Ultra Softs, as he added much-needed mileage to the FW40, following Lance Stroll's incidents across the first test.

Lewis Hamilton was third fastest for Mercedes of Soft tires, with Sebastian Vettel putting Ferrari fourth on the hard medium tires. Ferrari continues to run harder tires than anyone else yet their times are very competitive, which has the opposition worried.

Stoffel Vandoorne returned to the cockpit of the McLaren MCL32 and placed eighth, ahead of returnee Pascal Wehrlein.

Palmer coasted back into the pit lane after just 15 laps of running and did not reappear before lunch, with Nico Hulkenberg poised to take over duties this afternoon.