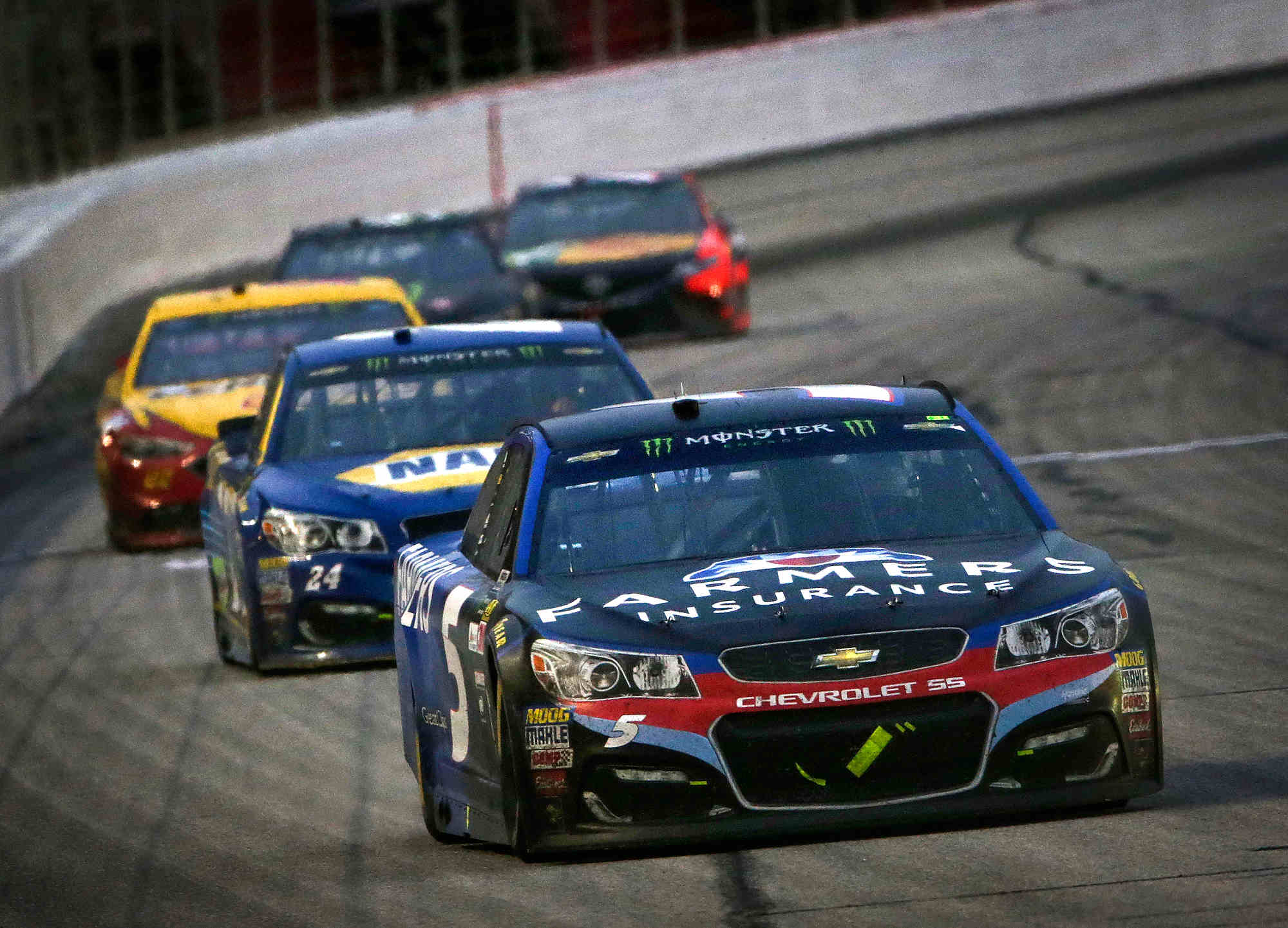 HAMPTON, Ga. – Kasey Kahne joked that he picked the right day to be “probably way too slow on pit road."

The Hendrick Motorsports driver’s fourth-place finish in the Folds of Honor QuikTrip 500 was notable for two reasons: his first top five since a third at Charlotte Motor Speedway last October and a perfect driving record in the pits.

The latter was impressive given that Atlanta Motor Speedway’s pit lane turned into a speed trap on par with any interstate highway on a holiday weekend.

“I was probably being way too careful," Kahne said. “They told me a few times the guys got caught speeding in section 1, section 2, so I was just pretty careful. The last thing I needed was a speeding penalty with trying to fight back the whole race. I took my time."

Many others didn’t. There were 13 speeding penalties called over the course of 500 miles at the 1.54-mile oval, including four involving Hendrick teammates Dale Earnhardt Jr.,Chase Elliott and Jimmie Johnson (who was tagged twice). Kevin Harvick led a race-high 292 laps but finished ninth after getting tagged speeding during his final yellow-flag stop.

It followed a Daytona 500 in which there were only four speeding penalties, and Kahne speculated that many teams discovered they were well under the limits.

“Last week at Daytona everyone was 2 mph from speeding," Kahne said. “This week everybody is right at it. I think all the teams probably pushed a little harder this week after last week’s times."

Elliott suspected he knew the reason why he was speeding but didn’t want to disclose it.

“Probably the same reason Kevin did," Elliott said. “I think we were in the same spot. Same zone. He looked fast when he rolled through there. It was the same box that I got caught up in, so I think I know why, but that’s not for me to tell you."

Elliott said it wasn’t attributable to shaking off the rust in the season’s second race.

“There’s something that I think a lot of guys are kind of aware of that goes on on pit road, and that’s something we need to address kind of internally," he said. “But I have a pretty good reasoning, and I think why it was, but I really don’t want everybody else to know."

This was the first race at Atlanta since NASCAR expanded its timing lines in the pits last season, and runner-up Kyle Larson said that could have been a factor.

“I stayed pretty cautious on my pit road lights because everybody was getting popped for speeding," Larson said. “I was very, very shocked that Kevin had gotten caught that last pit stop. I felt like me and Chase were closing on him down pit road."

“(Team owner) Chip (Ganassi) always tells me to do the obvious things right, and No. 1 on that list is don’t speed on pit road. I try and run to the cautious side of things where you’ve got a lot of guys that push the limits and get caught every now and then. It could be rust, it could be this is the first time we’d been here with the extra timing lines, so maybe everybody’s calibrations were off just a little bit."

Cup cars aren’t equipped with speedometers, so drivers measure their speeds off the tachometers, with a system of lights, making it an inexact science. Because pit speeds are measured by time over distance, there previously was more dispensation to slow up during a sector and lower an average speed to avoid a penalty.

“It’s really easy to run past your speed," Kahne said. “You’re not super fluent with it. It’s really a fine line if you’re running right at that mph. I think early in the year is a lot more difficult than once we get that routine going."

Johnson and Earnhardt both said their teams would be researching the problem in their shops this week.

“We will have to look at our math and figure out what was going on there," Johnson said. “The first one, I’m sure I could have gotten popped. The second one I made sure I didn’t get popped again, and I still got in trouble. So, we might have had something off on our end."

Said Earnhardt: “We’ve got to look at that and see what we have wrong. I was on my lights perfectly, but seems like a lot of guys got popped in the same segment." Nate Ryan/NBC Sports