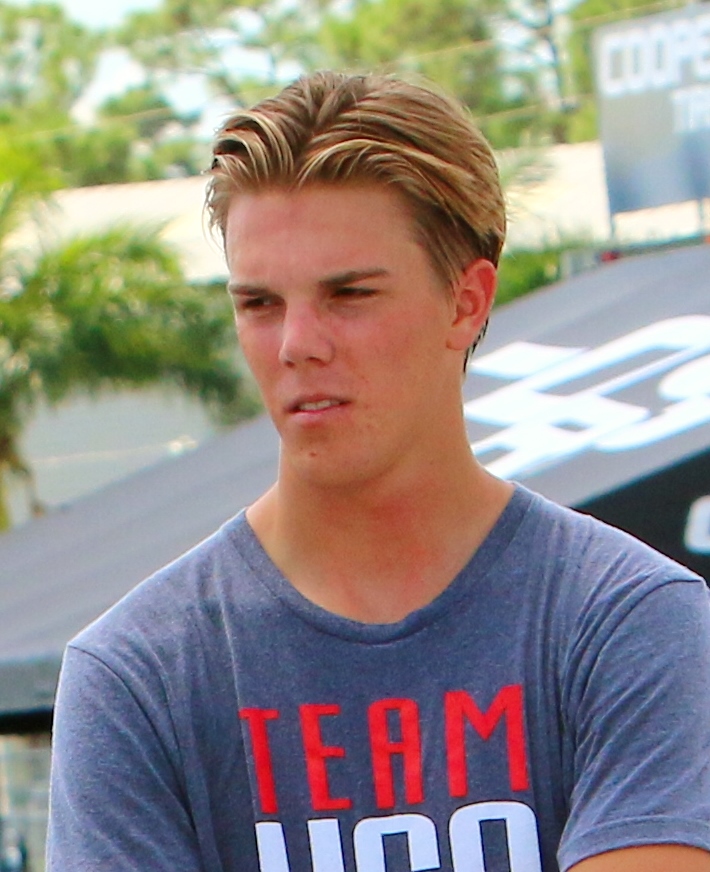 Former karting star Oliver Askew has risen from obscurity — at least so far as car racing is concerned — to one of the hottest properties around in the course of just a few months. In his first blog of the year he looks forward to contesting the Cooper Tires USF2000 Championship Powered by Mazda, which kicks off next week in St. Petersburg, Fla.

JUPITER, Fla. – I think it’s safe to say that the past couple of months have been flat-out insane. Just to put that in perspective, it was just six months ago that I was thinking about having to stop racing and look for something else to do. Now I realize more than ever before that I belong in motorsport and I can’t see myself doing anything else for the rest of my life.

The last blog I wrote was just after my Team USA Scholarship trip to England. Since then, I won $200,000 towards a full season in the Cooper Tires USF2000 Championship Powered by Mazda from winning the inaugural Mazda Road to Indy USF2000 $200K Scholarship Shootout at Mazda Raceway Laguna Seca. This was another huge break in my recent career and I believe it was the result of having Team USA Scholarship experience both in the process of being chosen for Team USA and having raced F1600 in England.

I’ve gone through several “make or break" situations recently and I think the pressure I’ve put on myself to do well has made a difference in my success. I’ve had to put everything on the line for the opportunities that have risen recently; everything that I have ever learned and experienced has gone into these efforts. I can’t thank John Doonan and everyone at Mazda Motorsports enough for the chance of a lifetime they have given me. I am now focusing all my efforts toward the USF2000 season – my mindset and goals have not changed a bit.

After the shootout it was the job of my management team and I to decide which race team I will drive for this year. To have the best chance to do well and win races, it’s important to be with a team that has the requisite experience and knowledge. I don’t think there is any other team in the series today that is better equipped than Cape Motorsports. It was an easy decision to race with the Cape brothers this year, mainly because of our previous relationship – we had some great tests toward the end of last year – and their successful history. I’d like to thank Dominic, Nicholas and the mechanics for welcoming me to their team and for teaching me so much already. Cape Motorsports has won the past six straight USF2000 series championships, and I hope to add a seventh!

Pre-season testing has been exceptional – with seven complete days in the car at a couple different tracks and a few unofficial track records, we are ready to start the season with a bang. We were four tenths faster than the field at Mazda Road to Indy Presented by Cooper Tires Spring Training in Homestead this past week, and it was nice to finally see where we stacked up against the competition after all the hard work the team and I have put in during the off-season. The new car is very comparable to the old Van Diemen. I tested both cars back to back at Barber and the new car is about 1.2 seconds faster with a similar driving style. The new car has more drivability compared to the old where I felt like I was limited to what I could do. The new car is also more physical to drive. Mechanically, the steering is heavier, and with faster lap times come more G forces. I’ve been training five days a week to prepare for this and going to the karting track to keep sharp.

The Grand Prix of St. Petersburg is only one week away. I couldn’t be more excited to start my first season in car racing and to start my first street race. It’s going to be so cool to be in the same paddock as the Verizon IndyCar Series. There will be a lot of buzz, but I must keep my head down and keep focusing on what’s important.

Thanks for reading!
Oliver