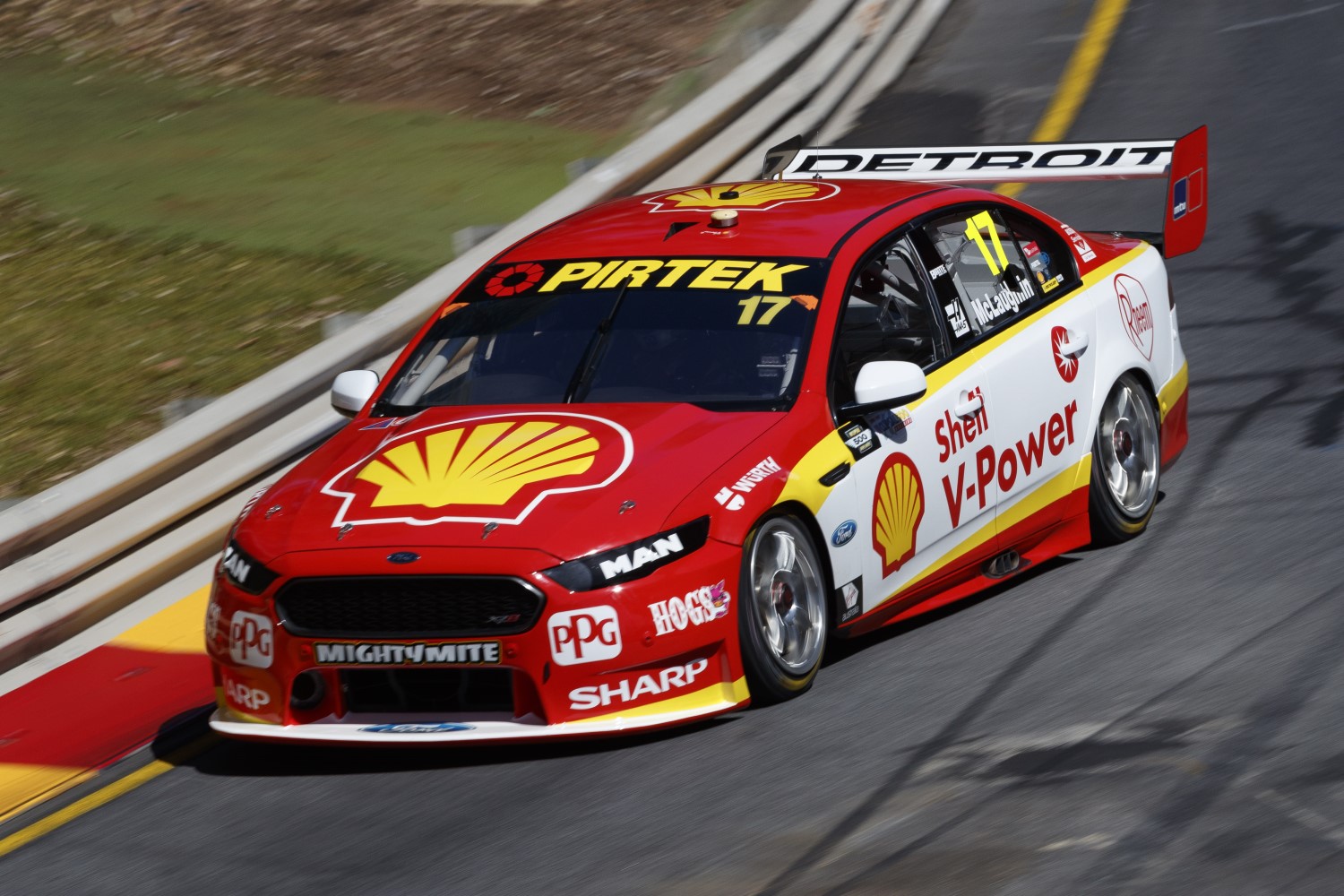 Shane van Gisbergen has welcomed the emergence of Shell V-Power Racing as a Supercars force after edging out Scott McLaughlin in qualifying at the Clipsal 500.

The champion’s remarks come despite the high-profile defection of former Triple Eight technical guru Ludo Lacroix to the Ford squad and a subsequent raft of public comments by Roland Dane, Jamie Whincup and Craig Lowndes.

Van Gisbergen refused to isolate any personal rivalry between he fellow Kiwi McLaughlin and says that another challenger at the front is wanted.

“To have a constant team competing against us is a good problem to have," said van Gisbergen.

“I think there’s a little bit of rivalry between the teams and the powers that be, but from my end it’s all good.

“I don’t see him any different to any other driver.

“It’s good to have another Kiwi up the front and another brand.

“I think that’s good for the sport and interest in our country."

McLaughlin said it was the noises coming from other members of Triple Eight that has buoyed the Ford outfit on the eve of its third season.

“It’s nice to hear the comments. Shane’s been pretty quiet compared to the other two, but it’s pretty interesting that they’re worried about us," he said.

“It’s not a bad thing. We’ve got a good spring in our step at the moment and we’re excited about battling these guys, but we’ve got a lot of work to do to be consistent.

“These guys are consistent every week so we’ve got to make sure we’re doing that come the end of the year."

Despite being impressed by McLaughlin’s efforts in the infancy of his tenure at Shell V-Power Racing, Van Gisbergen stopped short of earmarking his compatriot as his biggest title threat.

“There’s no clear threat but he’s up there," he concluded.

“The Nissans have been fast but it’s not clear who’s going to be consistently up the front yet."