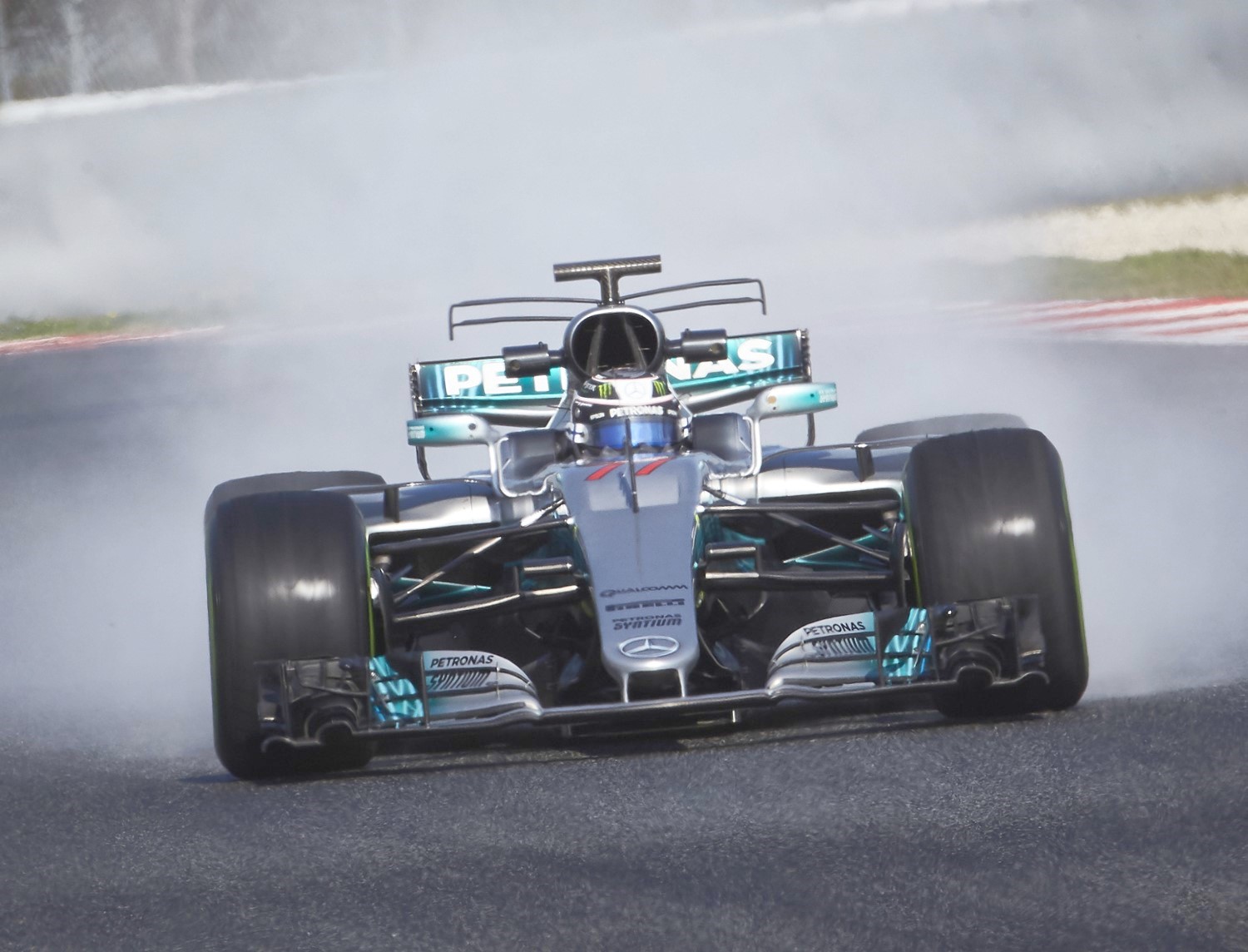 Off and on during F1 testing at Barcelona this week, the Mercedes team ran both a single and a double T-Wing and they also ran the gearbox cover with and without a 'shark' fin.

Where does it stop? Might we see a triple or quadruple layer T-Wing make an appearance, or is the T-Wing just a decoy to make the competition waste manhours on something that results in zero performance gain?