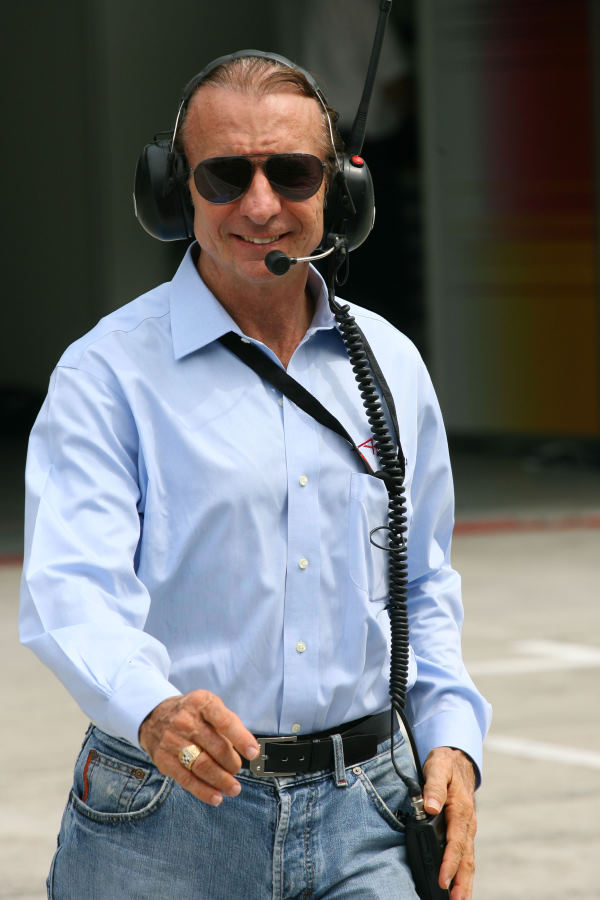 Two-time Formula 1 World Champion Emerson Fittipaldi, who also won a pair of Indy 500s, will be honored by the Road Racing Drivers Club at the “RRDC Evening with Emerson Fittipaldi Presented by Firestone" in Long Beach, Calif., on Thursday, April 6. This is the RRDC’s ninth consecutive annual banquet honoring auto racing’s most influential leaders and icons, and will be held prior to the 43rd Annual Toyota Grand Prix of Long Beach.

Previous honorees were Dan Gurney, Parnelli Jones, Roger Penske, Jim Hall, Brian Redman, Mario Andretti, Bobby Unser and George Follmer. These “RRDC Evenings" are acknowledged as one of the highlights of the auto-racing social calendar, drawing fans and luminaries from all forms of motorsports.

The Firestone brand will return as presenting sponsor of the RRDC banquet for the eighth consecutive year.

"It's an honor to have Firestone present the RRDC Evening with Emerson Fittipaldi," said RRDC President Bobby Rahal. "They've been such an iconic brand in all forms of motorsports since as far back as 1911. We salute them for all their success and for their contributions to the sport. The RRDC is grateful for their continuing support."

The dinner’s proceeds will help support the RRDC’s young driver initiatives, including its groundbreaking SAFEisFAST.com program and the Team USA Scholarship, which the RRDC has backed since 1997 and has been providing opportunities for talented young American race-car drivers since 1990.

Born in Brazil in 1946, Fittipaldi made his racing debut for Team Lotus as a third driver at the 1970 British Grand Prix, earning that ride less than 18 months after arriving in Europe to chase his dreams in 1969. After Jochen Rindt's death, he became Lotus' lead driver in only his fourth Grand Prix. He went on to win the 1972 World Drivers' Championship at the age of 25, which at the time made him the youngest F1 world champion. He held that record for 33 years.

He later moved to McLaren in 1974, and won the title once again. But then he made what might be called a somewhat curious career decision. He left the championship-winning McLaren team to drive a brand new – and totally unproven – F1 car, built in his homeland of Brazil by his brother Wilson and funded by the Brazilian sugar and ethanol giant, Copersucar.

The project proved challenging, to say the least, and the uphill battle eventually proved too much even for Fittipaldi. In 1980 he reluctantly announced his retirement from racing.

At age 33 he appeared to be done, but four years later he made a comeback at the 1984 IMSA Miami Grand Prix. A move into IndyCar racing followed, and by the end of 1984 he was in a first-rate car driving for Ueal Eugene "Pat" Patrick. He won the 1989 Indy 500 in a dramatic duel with Al Unser Jr., and claimed the IndyCar championship that year. Then it was on to Marlboro Team Penske, with whom he won another Indy 500 at the age of 46, making him the third oldest 500 winner ever, behind only Al and Bobby Unser.

"There's no question that Emerson Fittipaldi is an outstanding champion and personality," said Rahal. "He's not only demonstrated his legendary talents on the F1 and IndyCar circuits, he's also left his mark on IMSA racing. The RRDC is privileged to have such a charismatic honoree, with or without his famous mutton chops."

The RRDC Evening with Emerson Fittipaldi Presented by Firestone will be held on Thursday, April 6, at the Hilton Hotel, 701 West Ocean Blvd, Long Beach, Calif., with cocktails at 6 p.m., and dinner at 7:15 p.m. Tickets are $200 per person ($175 for RRDC members) if purchased in advance, and space is limited. Sponsor packages are also available. This event is expected to sell out quickly. All are welcome and early reservations are recommended. Please contact Jeremy Shaw at rrdc2@cox.net.

About Firestone Racing:
The Firestone brand has appeared in world-class motorsports events across the globe since its first documented victory in the inaugural Indianapolis 500 Mile RaceÂ® in 1911. Since 2002, Firestone has served as the Official Tire of the Verizon IndyCarÂ® Series and the Indianapolis 500, which has been won by a Firestone-equipped driver 67 times in its history. This season marks the 18th consecutive year that every driver competing at the Indianapolis 500 and in the Verizon IndyCarÂ® Series as a whole will rely on the durability and consistency of Firestone racing radials.

About the RRDC:
The Road Racing Drivers Club was formed in 1952 as a way to give champion drivers a say in their sport, particularly in the areas of safety, and has evolved to serve the future of road racing by mentoring new drivers on both amateur and professional levels. The Club’s membership includes leading industry professionals, race officials and motorsports journalists, in addition to prominent racing names.

In 2011, the RRDC launched a free on-line training seminar – SAFEisFAST.com – featuring more than 30 RRDC members and other industry experts in high-quality videos covering subjects from physical and mental preparation to driving techniques, driver safety to car setup and sponsorship. The videos are updated regularly. Each week, a professional from the world of motor racing answers readers’ questions on the site in a feature called “Ask a Pro."

The RRDC presents three annual awards: the Phil Hill Award, the Mark Donohue Award, and the Bob Akin Award, and supports the Team USA Scholarship, which has been assisting young Americans in the early stages of their careers since 1990. The RRDC also honors icons of the sport at its annual dinner at the Long Beach (Calif.) Grand Prix. Honorees have been Dan Gurney, Parnelli Jones, Roger Penske, Jim Hall, Brian Redman, Mario Andretti, Bobby Unser and George Follmer.

Membership in the RRDC is by invitation only. For more information, visit www.rrdc.org.