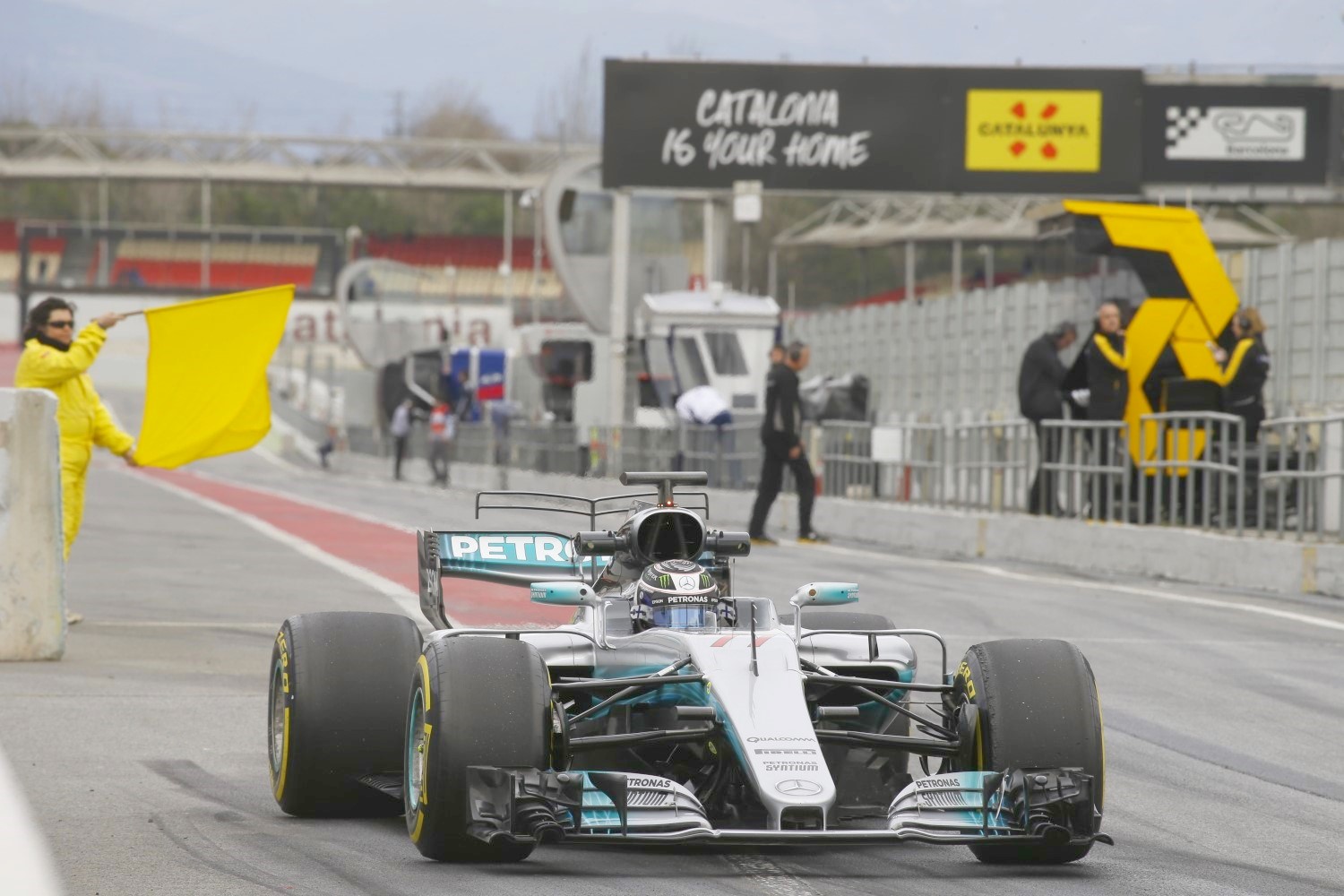 The first four days of pre-season Formula 1 testing concluded today at the Spanish circuit of Montmelo. A total of 3185 laps were covered, that means 14.826 kms.

From Monday to Wednesday, the drivers tested the new wider slick tires on 2017 cars for the first time. Today they also tried the wet-weather tires on an artificially-dampened circuit, using both the full wet and intermediate.

Mario Isola, Pirelli Racing Manager: “We’re satisfied with the results of these four days. From what we can see up to now, the new product is in line with our expectations. For the 2017 season, the sport asked us to develop tires with less degradation, which allow drivers to push to the maximum. That’s what we’ve seen during these four days of testing so far, and what we’ll continue to see in the second four-day session next week.

During the first session, the lap times have already been lowered considerably. The target was for lap times that were five seconds faster compared to Barcelona in 2015. Yesterday, Valtteri Bottas set a best time of 1m19.705s on ultrasoft tires. Considering that the pole time in 2015 at Barcelona was 1m24.681s, I would say that this objective has been met.

Today, we also saw the new wet weather tires on track for the first time on the 2017 cars. The combination of new dimensions and a new tread pattern means that the water expulsion capacity of the Cinturato Blue full wet tire has gone up from 65 to 85 liters of water per second, per tire, at 300kph. The Cinturato Green intermediate also has an increase: from 25 to 30 liters of water per second dispersed.

We’ve now collected plenty more data for our engineers to analyze ahead of the next test session that takes place from March 7-10, again in Barcelona."