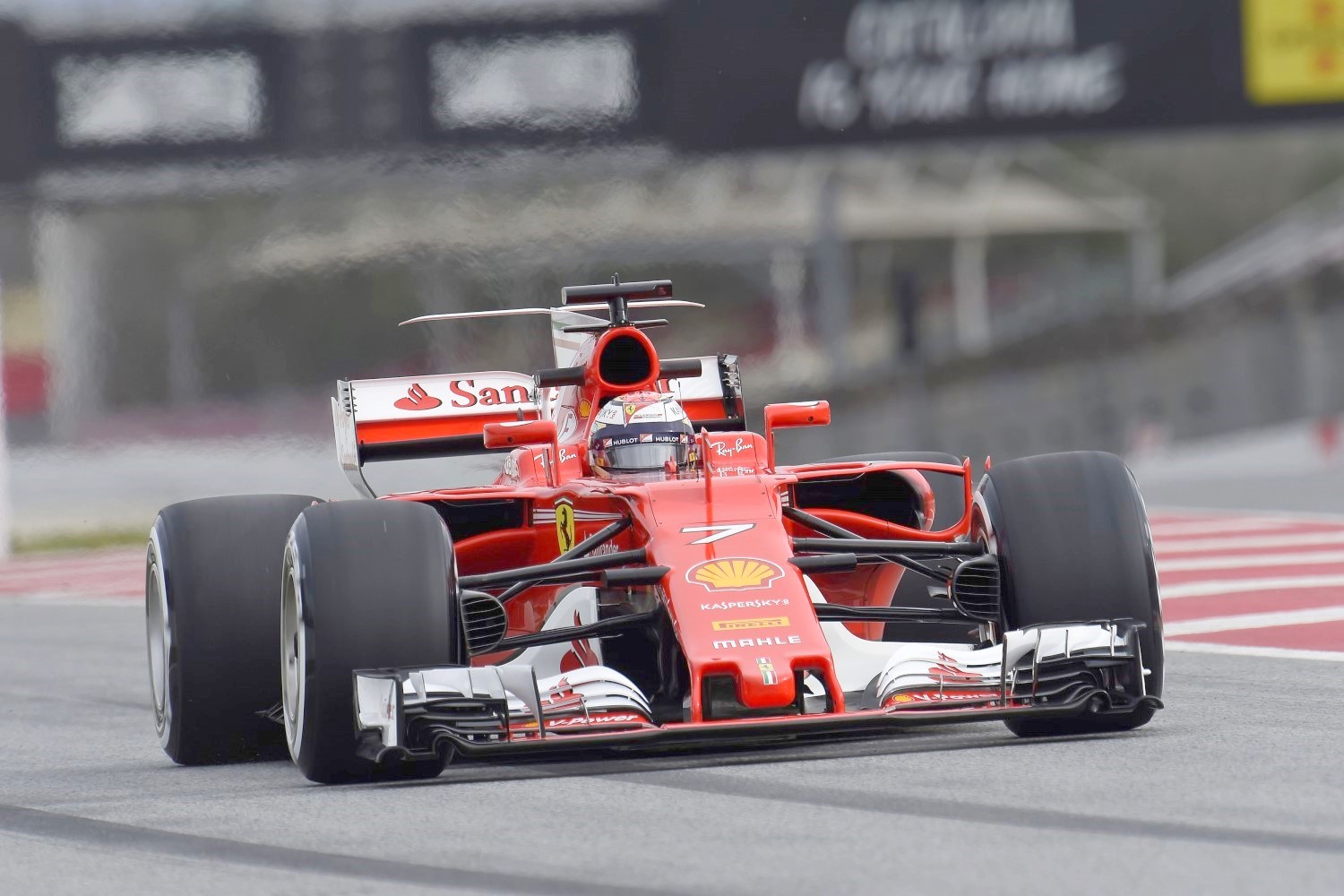 Ferrari's Kimi Raikkonen ended the wet/dry day of running quickest at the Circuit de Barcelona-Catalunya, as Formula 1's opening four-day pre-season test of 2017 came to a close on Thursday.

Raikkonen posted a time of 1:20.872 on Softs in the afternoon to finish almost nine-tenths of a second clear of Red Bull's Max Verstappen, on a day in which track time was dedicated to laps on Intermediate and Wet tires.

Sole tire supplier Pirelli has begged for additional wet running, and the company was afforded parts of Thursday's running, on the proviso that none of the opening three days were affected by rain.

With warm and dry conditions greeting teams and drivers across those first three days, the circuit was artificially watered by eight tankers on Wednesday evening, and then again early on Thursday morning.

However, teams and drivers completed only minimal running on the Wet and Intermediate tires before the circuit dried sufficiently for slick tires to be used just over an hour before lunch.

Raikkonen posted the quickest time, prior to the circuit being wetted once more during the one-hour lunch break.

However, with warm and sunny weather, the track surfaced soon dried, and slick tires were preferred again, prompting a flurry of times at the top of the standings.

Valtteri jumped into the car in the final hour before the lunch break at 13:00, managing nine laps and adding another 59 in the afternoon to take his total for the day to 68 laps before the pit lane closed at 18:00

In the afternoon session, Valtteri completed the team's first run on the Wet and Intermediate tyres before rounding off the test with tyre analysis on the dry compounds

The second four-day test at the Circuit de Barcelona-Catalunya begins on Tuesday.