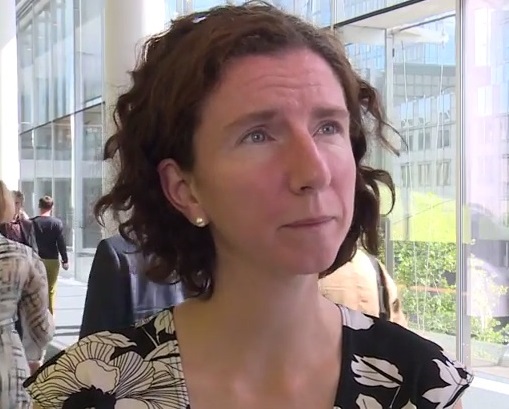 Several publications this week claimed that a letter from the competition commissioner to Anneliese Dodds showed that an investigation will definitely not take place.

But a spokesman for Dodds told F1 business journalist Christian Sylt that the publications had "annoyingly" got their reports fundamentally wrong.

"I'm going to be speaking with Anneliese about all of this when she arrives in Brussels later today and we'll think of the next steps," he said.

That next step has now emerged, with Dodds releasing an official statement declaring that the commissioner's letter did not rule out an investigation into Liberty Media's takeover of F1 or the FIA's alleged conflict of interest.

"The Commissioner has not ruled out any investigation into competition concerns in the sport," said Dodds, "not least because there is still an ongoing investigation arising from complaints from Force India and Sauber."

And in Sylt's latest report for Forbes, a source close to the European Commission said the body retains its "ability to investigate the behavior of these companies that could be potentially against EU competition rules".

The former Ferrari and Honda chief, attending the Barcelona test, is Bernie Ecclestone's replacement on the sporting side after the Liberty Media takeover.

He said F1 has been too "reactive" in the past, implementing ideas without fully thinking through the consequences.

"I have an ambition that we could have a non-championship race to experiment with the format and see what appeals to people because all of us are the same — we don't always know what we would enjoy until we experience," Brawn told the Times newspaper.

Stroll denies being out of depth in new F1

(GMM) Williams has defended its rookie Lance Stroll, after the teenage Canadian made three fundamental mistakes in two days of 2017 testing.

The most serious was a hit into the barriers on Wednesday which means the team could have to sit out the final day of the first Barcelona test.

"I would not call it Lance's mistake, because Felipe (Massa) almost did the same thing twice, and this is a guy with 15 years of experience," said race team boss Rob Smedley.

"It is to be expected," Hamilton said of Stroll's mistakes. "He did get some more testing than the others but last year's cars were easy compared to these."

Nico Hulkenberg agrees: "It is much more difficult for rookies to come into formula one with these cars."

18-year-old Stroll, however, denied he is out of his depth.

"This has nothing to do with the fact that I am here with the big boys. It's the same in every championship. If you push, it can happen."

He is quoted by the Journal de Montreal: "I'm not intimidated.

"I prepared myself and knew what to expect. These tires provide exceptional grip and now I have to adapt.

"I did 100 laps without problem and it shows that I am physically ready," Stroll insisted. "I just have to adapt my driving to the potential of the car, and I have a few more days to do that."

Following a thorough inspection overnight some damage to the FW40 chassis was discovered and therefore, on safety grounds, the team will not run the car today. A second chassis will be prepared at track this afternoon, as originally planned, with the team aiming to be back on track for the second test next week starting on Tuesday 7 March.

Verstappen gets F1 abbreviation tweak for 2017

(GMM) A minor tweak has put a smile on Max Verstappen's face in Barcelona.

The Red Bull driver made an application to F1's governing body to have the 'VES' abbreviation of his name for official timing screens changed to 'VER'.

Dutchman Verstappen made his debut in 2015, when Jean-Eric Vergne was already Ferrari's reserve driver and therefore the holder of the 'VER' handle.

Verstappen, 19, is quoted by the Belgian newspaper Het Laatste Nieuws: "When it became known that Vergne was no longer with Ferrari, I immediately said that I wanted to be 'VER' — the first letters of my name, as my father used to have.

"The team applied for it and it was approved. I am already 'VER' on the screens here," he added in Barcelona.

There had been paddock murmurings of an eleventh hour rescue for the financially embattled British team.

But F1's governing body has published a new official entry list that for the first time omits Manor's name, confirming a ten-team pitlane for 2017.

"Reportedly, Manor gave up hope of a last minute rescue and withdrew its application for a starting place," the German news agency DPA said.

"Speculation about the possible entry of Chinese investors had proved to be wrong," the report added.

FIA to check for 'illegal' suspension in Barcelona

(GMM) The FIA is poised to start checking the legality of controversial suspension systems fitted to some 2017 cars.

Earlier, as Ferrari in particular presses a case against the legality of Mercedes and Red Bull-like active suspension-mimicking concepts, it emerged that F1's governing body had issued a new rules clarification.

But Auto Motor und Sport reports that teams will be invited to actually demonstrate the legality of their layouts to the FIA on the final day of the first Barcelona test on Thursday.

"The clarification is a basis for the stewards in disputes," an FIA source is quoted as saying. "Whether a suspension is in conflict with that clarification will then be (decided) on a case by case basis."

It is rumored that at least one team – apparently Red Bull – has already been asked to change its design.

"Everyone can use what they want," said FIA race director Charlie Whiting. "But it would be foolish to test something which cannot be used in Melbourne."

Until now, Mercedes and Red Bull have been saying that the FIA is happy with their intended designs.

But Whiting explained: "The teams asked us if we are satisfied with the function of certain components and we answered yes or no. Now they have to prove it to us."

(GMM) On the basis of testing so far, 2017 is shaping up as a close battle between Mercedes and Ferrari.

Retired reigning world champion Nico Rosberg was at the Barcelona test on Wednesday, and he said that despite his continuing links to Mercedes, he wouldn't mind if Ferrari's apparent form rang true in Melbourne and beyond.

"There would be worse things — fingers crossed," said the German.

"Red Bull seem a bit further away at the moment but maybe they can join in the mix too," he added.

Indeed, Red Bull has seemed outshone by the top two teams so far, but it is believed the bulk of the Adrian Newey-penned design's aerodynamic appendages will only be added next week.

"Nobody should assess anything yet," agreed Daniel Ricciardo. "The times are simply not representative.

"I expected Ferrari to be at the front, for sure Mercedes, so that's no surprise. In the coming week we will get a clearer picture, but if Mercedes and Ferrari are ahead then we do not intend to keep it that way."

As for whether Ferrari really is at eye-level with Mercedes, Sebastian Vettel at least broke his team-imposed media silence on Wednesday, declaring that his "gut feeling" is better than a year ago.

"Will we do better? I have balls, but they're not crystal so they don't tell me much," the Italian media quotes the German as joking.

"The potential is impossible to say today, but we're not trying to look left and right. It is a solid beginning," Vettel added.

More generally, there are fears the 2017 cars will be harder to overtake, but Valtteri Bottas on Wednesday at least smashed the previous Barcelona lap record.

"This is the fastest I have ever driven in formula one, no doubt," said his Mercedes teammate, Lewis Hamilton, who said the violence of the car has even left him bruised.

Indeed, Rosberg left Barcelona on Wednesday declaring that while the overtaking question is unanswered, races could be won and lost because exhausted drivers make fundamental mistakes.

"I can't imagine that," said Vettel. "We will quickly get used to the higher forces. But it does feel more like ten years ago with tires that you can push harder, so that's nice."

Vettel: Too early to draw any conclusions

Three days of testing so far, with Sebastian Vettel at the wheel for two of them, therefore not enough for the driver to have a clear picture of the current situation. That will only happen in Melbourne.

For now, Seb can take heart from some statistics: 139 laps completed Wednesday, to be added to the 129 from Monday, giving a total distance covered of 1247.54 kilometers in the cockpit of the SF70H at the Catalan track.

"A lot, but never enough. That's what testing is for, to give you an idea. And the idea is that these cars, as a result of the new regulations, are very different to last year, in the way they look and in the way of driving them.

"We are more or less at the performance levels of ten years ago, with a lot of aerodynamic downforce, but also with quite a lot more weight. They are also more physical and at the end of the day, you feel tired, but this is normal for the first outing since the winter break.

"The tires are also different and they behave more consistently. We have seen more or less what we expected: the cars are quicker in the corners and slower down the straights, because of the drag. But they are also great fun to drive."

Conclusions? "It's too early to understand the available potential: we focused on our program, without paying the slightest attention to what the other teams were doing. All winter we have prepared so as to get here in the best possible shape.

"But there are still around four weeks to go to the first race and there is much work to do, so much in our program. The stop towards the end doesn't bother me: we were trying something that didn't work, that's all." Did he run out of fuel trying a qualifying run?

Thursday, it will once again be Kimi Raikkonen's turn. The track will be watered so that the drivers can try the wet weather tires.