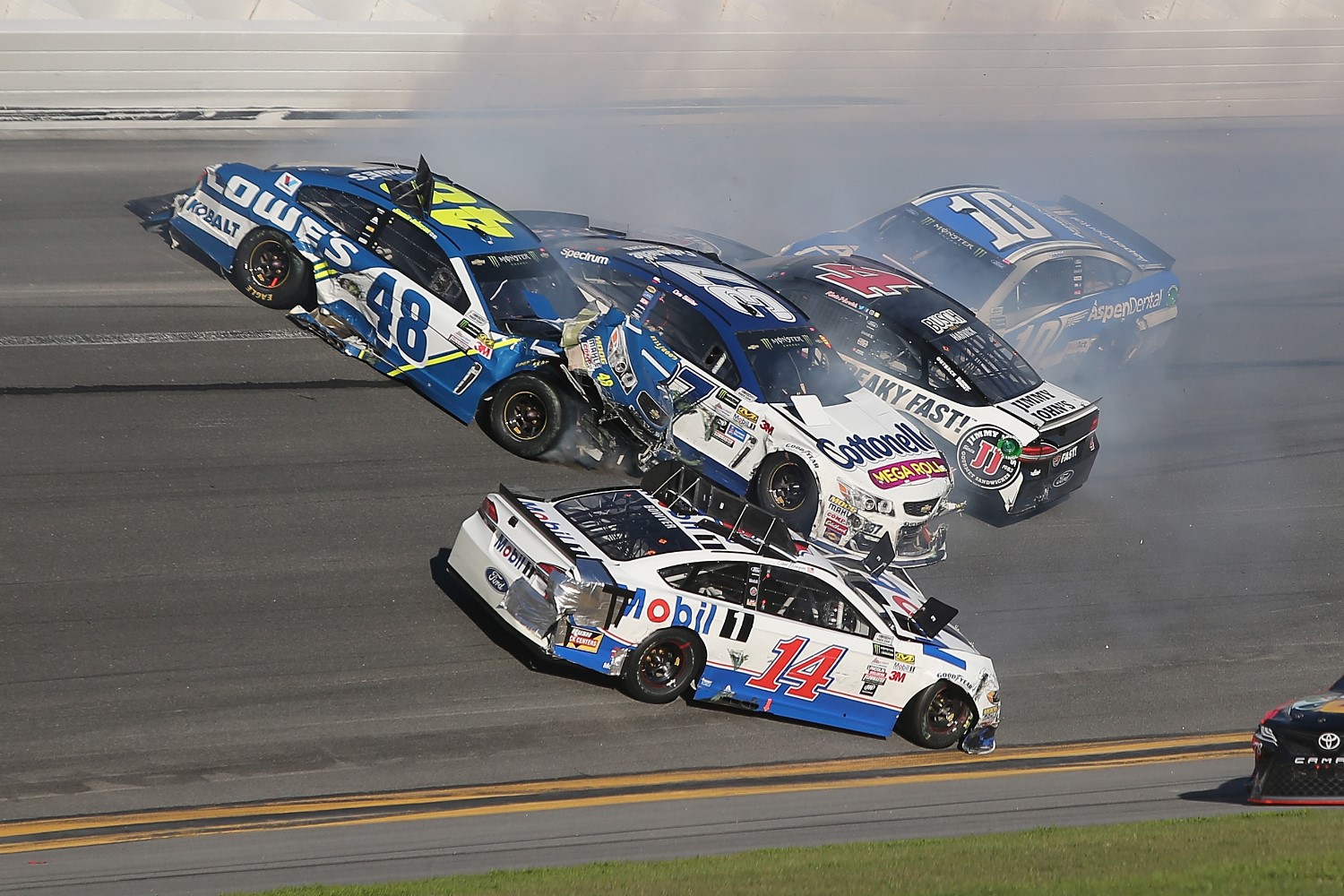 Danica Patrick's 2017 Daytona 500 ended early after she was involved with a crash originating with Jimmie Johnson's No. 48, which caused a 17-car collision. She described the wreck in the middle of the pack as "treacherous."

But she wasn't the only one who exited Sunday's race early, as Johnson, Dale Earnhardt Jr., Kyle Busch and Brad Keselowski, among several others, also did not finish.

With 15 of 40 drivers out of the race with about a quarter of the 200 laps remaining, the No. 10 Ford driver put part of the blame on NASCAR's new staged racing. Starting this season, the races are divided into three stages with points awarded to the top drivers from each stage, counting toward their championship total.

"The stages are definitely going to add to it because not only is it creating a reason to push at certain points in the race that aren't anything but the last 20, but you're also seeing it shuffling the grid up," Patrick said after being cleared by the in-field medical staff – a new requirement for those who don't finish.

"Today was fun on a superspeedway, but I grew to not like them that much just because in the law of averages of superspeedway racing, you're going to crash a lot," Patrick said. "I've had some really, really big ones, so that was probably one of the easiest wrecks I've had at a superspeedway.

"That's the name of the game. It's what makes it exciting, too, for the fans." USA Today