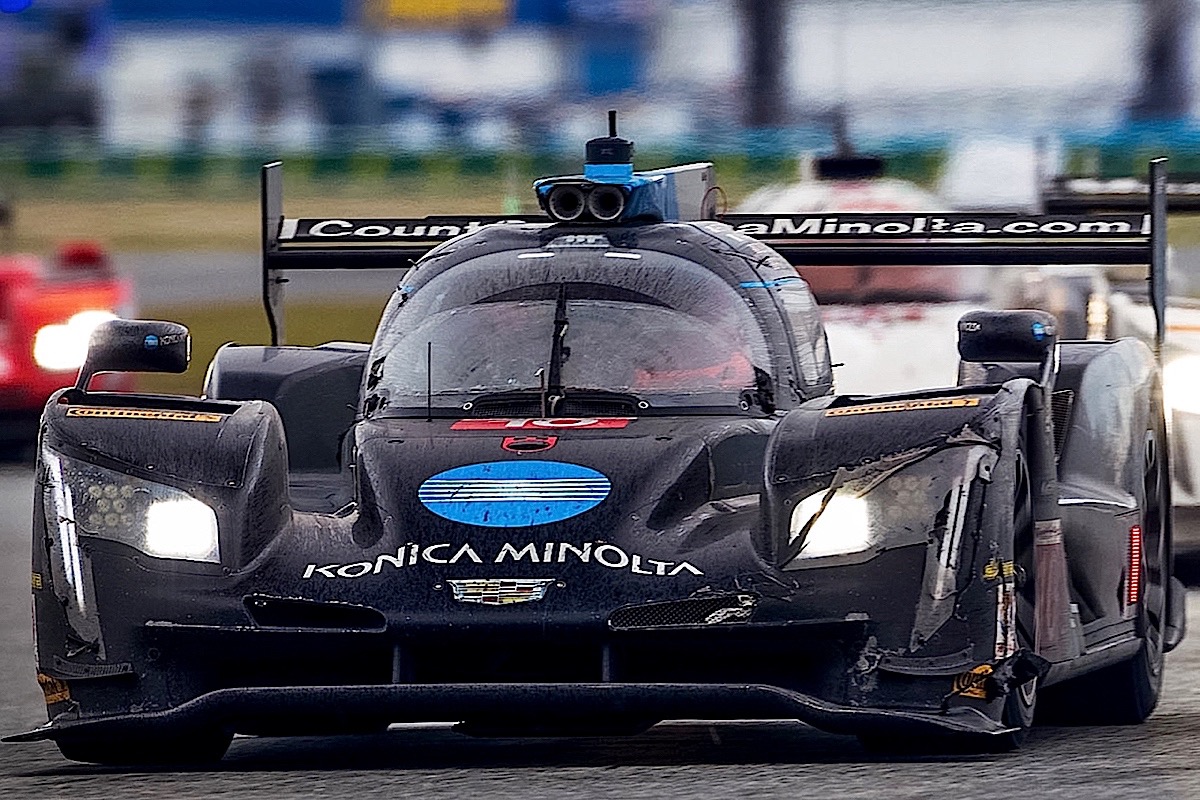 The No. 10 Wayne Taylor Racing Cadillac featured both Taylor brothers on the final day, following Ricky’s IndyCar test at Homestead on Thursday, along with new recruit Alex Lynn, who impressed in his series debut.

The pair of Action Express Cadillacs were second and third quickest, with Dane Cameron’s 1:49.687, also set in the cooler Friday morning session, putting the No. 31 Whelen-backed entry third on the time charts.

There were improvements from both the Gibson-powered LMP2s from JDC-Miller Motorsports (Oreca 07) and PR1/Mathiasen Motorsports (Ligier JS P217), with Stephen Simpson and Olivier Pla ending up fourth and fifth, respectively.

Both drivers, however, were unable to break the 1:50 barrier, with Simpson’s 1:50.348 lap in the JDC entry the best of the non-Cadillacs.

The No. 2 Tequila Patron ESM Nissan Onroak DPi of Ryan Dalziel was sixth quickest with a 1:50.767 lap time, rebounding from engine issues on Thursday.

The pair of Mazda RT24-Ps, meanwhile, continued to struggle and ended near the bottom of the time sheets in the Prototype class, despite Jonathan Bomarito’s 1:50.828 lap.

Magnussen’s time was a mere 0.006 seconds quicker than the No. 912 Porsche GT Team Porsche 911 RSR of Dirk Werner, who wound up second, followed by the No. 67 Ford GT in third.

The No. 8 Starworks Motorsport Oreca FLM09 paced Prototype Challenge, despite not taking part in the final session on Friday afternoon.

No major accidents were reported over the two-day test, which saw 36 cars take to the 3.7-mile circuit in preparation for next month’s second round of the IMSA WeatherTech SportsCar Championship. Sportscar365