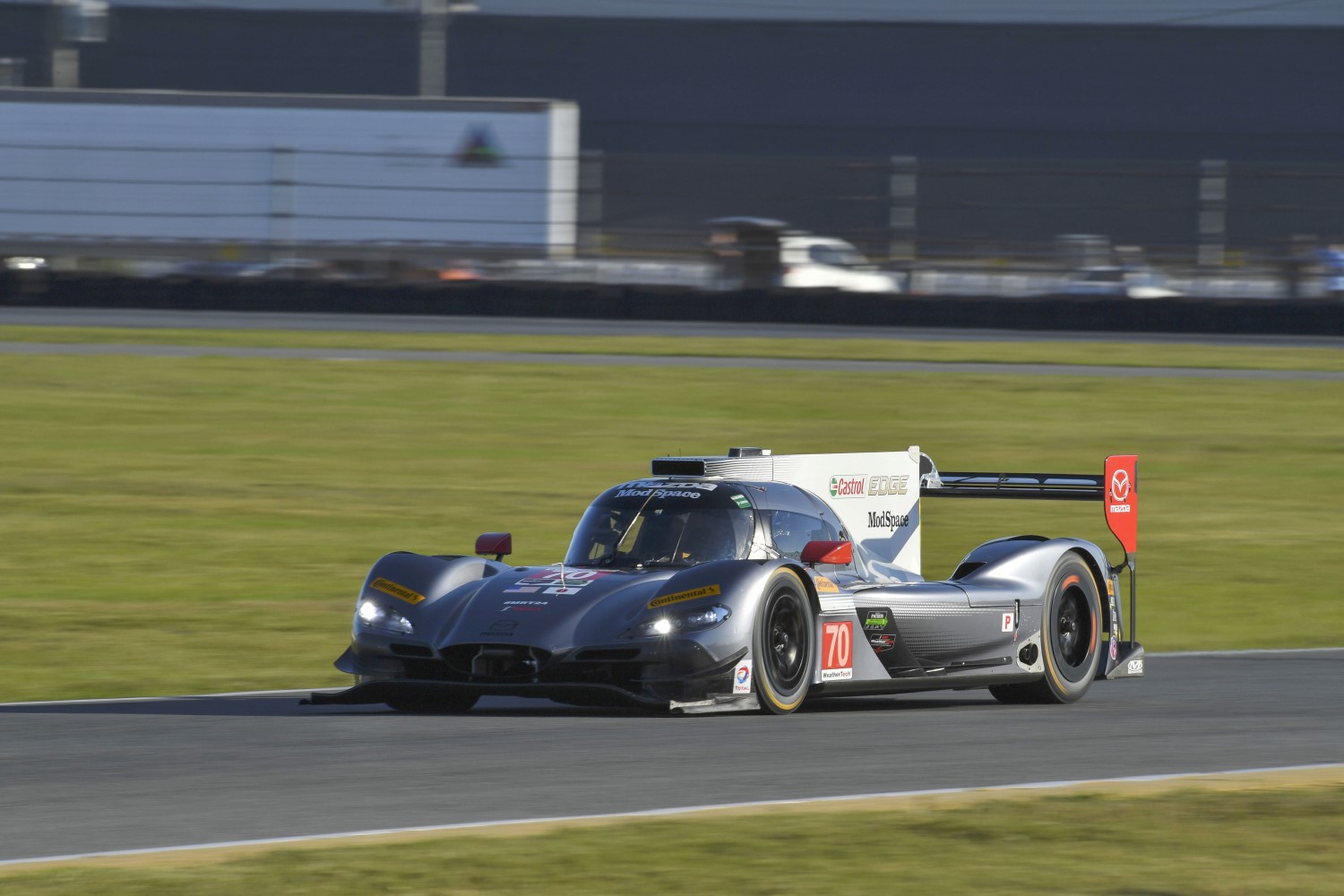 The Mazda Prototype team has added Marino Franchitti to the driver lineup for the 65th annual Mobil 1 Twelve Hours of Sebring. Franchitti will join the No. 70 Castrol Edge/ModSpace Mazda RT24-P alongside full-time drivers Tom Long and Joel Miller. In the No. 55 Soul Red Mazda, IndyCar driver Spencer Pigot will join the full-time duo of Tristan Nunez and Jonathan Bomarito for the sixth time. Mazda has earned 13 class wins at Sebring, but is seeking a first overall victory.

Franchitti, 38, is a native of West Lothian, Scotland and resides in Beaconsfield, England. He has raced with Mazda previously, including the 2009 season of the American Le Mans Series (ALMS) with Dyson Racing in the LMP2 Lola-Mazda. The team won three races that year, including the season-ending Petit Le Mans event. Franchitti also joined the SpeedSource team at the 2012 Rolex 24 at Daytona in a Mazda RX-8. Most recently, Franchitti raced at Le Mans with the Ford Chip Ganassi Team in the Ford GT.

Franchitti has a stunning record at Sebring, including an overall victory in 2014. This will be his 11th Sebring start, and since 2008, he has finished first or second in his class five times at the bumpy 3.7-mile course.

"A big part of those results are being with great teams and having great teammates. I've been fortunate in that regard," Franchitti said. "I love driving there, I always have since the first laps I did. It's a proper old-school track. If you go over the limit, you crash, simple as that, rather than going onto some tarmac run-off like many tracks. I love the challenge of walking that tightrope. Of course, there's the challenge of the bumps too, trying to get the car to handle over them and the beating the car and driver takes. There's a reason people come from all over the world to endurance test their cars here, it's the ultimate test of a vehicle and its durability."

Mazda Motorsports director John Doonan explained the choice to put Franchitti in the car for the race and the two-day test session later this week at Sebring.

"He's a proven winner there, and he's been a part of the Mazda family for years," said Doonan. "Just look at his record at Sebring! He has the experience that can really help our team. Because he's driven with Mazda before, we know his personality is a great fit. That's important to us, and it goes a long way in helping the team chemistry remain strong. He's a great fit with Tom [Long] and Joel [Miller], just as Spencer Pigot has been great with Nunez and Bomarito."

"It's so cool to be coming back into the Mazda family," said Franchitti. "Like everyone else, I was blown away when I saw the first shots of the RT24-P and how incredible it looks, so there's a lot of excitement at getting to drive it. I'm relieved I get a chance to test the car, as many times I've just jumped in and raced, so this is a bit of a luxury! Being a part of the development process of a car is something I've been lucky enough to do several times and it's something I really love."

The 12-hour race is the second of the 10 races for Prototypes in the 2017 IMSA WeatherTech SportsCar Championship. The final 10 hours of the race can be seen on FS1, starting at 12:30 p.m. ET on Saturday, March 18.