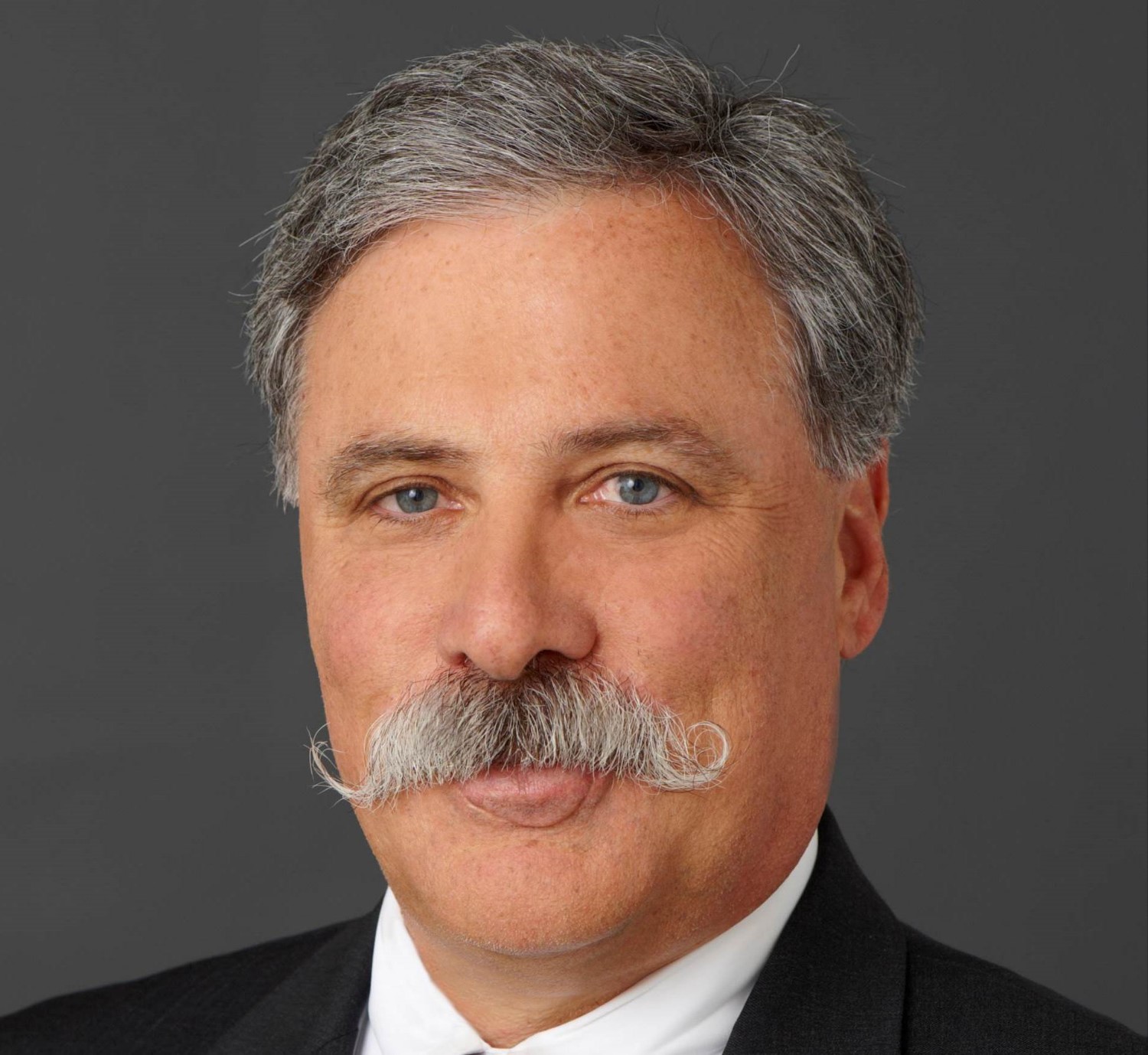 We reported this week that parliamentarians were poised to vote, after pressure was applied for the body to look into "competition concerns" regarding governance, tax and conflict of interest in F1.

The conflict of interest relates to the regulating FIA's $80 million windfall as a result of the recent sale of F1's commercial rights to Liberty Media.

In 2015, blogger Joe Saward had said "the FIA under Jean Todt has got itself into some strange situations for a sports regulator".

"One assumes that all of these things will come under scrutiny if an European Commission investigation does go ahead," he added.

Now, F1 business journalist Christian Sylt writes in Forbes that the parliament did indeed vote in favor of the report calling for an "immediate investigation".

"The vote to approve the report was passed through today with 476 in favor compared to 156 against," he said.

We reported earlier that F1 could face a $168 million fine, and Sylt adds that contracts binding the sport together could be "torn up" and declared "illegal".

(GMM) Valtteri Bottas says Lewis Hamilton has welcomed him to the title-winning team.

As the Finn signed up with Mercedes for 2017, Hamilton's father Anthony warned that his son is a "career killer".

But Bottas told the Finnish news agency Suomen Tietotoimisto: "I'm really happy to have Lewis as my teammate.

"It's a great chance for me to show my abilities. I've always wanted as quick a teammate as possible, and I really have one," he added.

Bottas, 27, said he bumped into triple world champion Hamilton at the team's Brackley headquarters this week.

"We each had our own meetings and it was a quick greeting," he revealed. "He welcomed me to the team and congratulated me."

Bottas also played down reports about his Mercedes contract being only for one year, with Nico Rosberg already recommending Sebastian Vettel for the 2018 seat.

"I fully understand that it's not a longer agreement at this stage," Bottas insisted. "Of course the team wants to see how I go. It's ok for me.

"That's the way it goes — I've always had to earn my place but it seems that I know how to drive," he added.

Bottas plays down EUR 8m salary reports
(GMM) Valtteri Bottas has played down reports that he is already a big financial winner in 2017.

A report has emerged claiming the Finn's annual earnings are leaping from EUR 3 million with Williams to a cool 8 million for 2017 after signing with Mercedes.

The Finnish media says the 27-year-old now earns more than his countryman Kimi Raikkonen, but Bottas insisted: "I don't know where those numbers come from and I don't like talking about it. It's not public information though.

He also played down reports that Mercedes team chairman Niki Lauda has given Bottas only four races to get up to speed in 2017 as an effective replacement for the retired Nico Rosberg.

"I have not been told of any schedule," Bottas insisted. "Of course, the team expects good results from me, and I have to deliver."

Mercedes has signed just a one-year contract with Bottas, with Lewis Hamilton's father Anthony Hamilton warning that his son is a "career killer".

Bottas responded: "Many people think this is a risk for my career, but I see it exactly the other way around. For me it's just a ridiculously good opportunity. It is the first time I have got the chance to prove what I can do.

"Nico has already showed that it is possible to beat Lewis. Of course he (Hamilton) is a triple world champion and I haven't won any races, but I don't see any reason why we can't be evenly matched."

Earlier, Tony Ross came to Mercedes from Williams, where in addition to Rosberg he also worked with the likes of Juan Pablo Montoya.

Now, the Briton will be the voice on Finn Bottas' radio.

"My engineer will be Tony Ross. He was formerly Nico Rosberg's race engineer," Bottas, 27, confirmed to Ilta Sanomat newspaper.

(GMM) Pirelli has developed a range of 'backup' tire compounds for 2017.

The F1 tire supplier has said designing its significantly bigger, faster and less degrading slicks has been difficult due to a lack of testing.

"Even the modified 2015 cars could not simulate the downforce of this year, so we've had to rely on simulations," Pirelli chief Paul Hembery said.

He told the German broadcaster RTL: "The biggest challenge for us is not having seen the new cars. We'll probably only see if our data corresponds to reality on Saturday night in Melbourne."

Hembery's Pirelli colleague Mario Isola explained: "In the first five races, we will only use the basic compounds.

"We developed them on the basis of the information collected from our testing and the simulations.

"But some elements are difficult to predict, so we have prepared five reserve compounds that can be used if the real track data does not coincide with what we simulated," he said.

(GMM) Paul Hembery has denied an early flaw with Pirelli's 2017 tires may already have been uncovered.

In 2013, F1's official supplier came under a bright spotlight when several tires 'exploded' during the British grand prix.

Pirelli's Mario Isola said this week: "The incident at Silverstone was a single episode, the cause was identified and we fixed the problem in seven days."

But now, Pirelli has developed tires that will have to go through corners up to 40kph faster, to accompany the radical aerodynamic rule changes for 2017.

Last week at Ferrari's own Fiorano circuit, Sebastian Vettel was testing the 2017 rain tires when he slid into a barrier at speed.

Pirelli F1 chief Paul Hembery told the German broadcaster RTL: "It was very cold on that day — it was extremely abnormal conditions that made testing very difficult and delicate.

"It was only 4 degrees, which is unusual," he added.

Asked if the tire had suffered a problem, Hembery answered: "Again, to get the tires to work in those temperatures is the problem."

Williams Deputy Team Principal Claire Williams has expressed confidence that the two extremes of Felipe Massa and Lance Stroll will "work really well together" during the 2017 season.

Massa, one of the most experienced drivers on the Formula 1 grid at 35, is almost twice the age of 18-year-old Stroll, who dominated en route to last year's European Formula 3 crown.

"I think it's a really strong pairing, an exciting pairing, with the experience that Felipe brings, and the rookie talent that Lance brings," said Williams in a video posted by the team on Twitter.

She added: "I think that they'll work really well together [as team-mates]."

Williams fielded Massa and Valtteri Bottas over the past three years, with the Finn initially retained to race alongside Stroll, before Mercedes signed him as Nico Rosberg's replacement.

Williams made clear that bringing Massa out of retirement was carefully considered.

"Our [new] pairing is somewhat similar; we had in Valtteri an experienced driver, with four seasons under his belt, and now we have Felipe, with his 15 years of experience," she added.

"One of the most important considerations is how well the drivers will work.

"Lance and Felipe worked together last year, because Lance was part of the development program that we had, [so] they've spent time together and we know they get on already.

"I'm looking forward to seeing what they can both bring to each other."

Stroll recently stated that he is keen to learn from "mentor" Massa.

(GMM) F1's governing body has hit back at reports a "conflict of interest" could be set to trigger a full European investigation into the sport.

The European parliament this week voted through calls for an investigation into governance, income, and the fact a 1 per cent shareholding netted the FIA a $80 windfall after approving the Liberty Media buyout.

In a statement on Thursday, the FIA said it "has been made aware of certain declarations and comments, clearly inaccurately informed or made maliciously, relating to this (sale) process."

The reports had alleged the FIA's dual role as a regulator and a co-owner violated an earlier agreement that could now see F1's commercial contracts declared illegal.

That is the claim of Andrew Westacott, boss of the Melbourne race that is preparing to host its 22nd edition at Albert Park next month.

US media giant Liberty recently bought the sport and ousted Bernie Ecclestone, and Westacott said Sydney could use the occasion to try to take over from Melbourne.

"It wouldn't surprise me," he told the Herald Sun newspaper.

"The world of events is very competitive."

But Westacott said there is no doubt the current contract, running until 2013, will run its course.

However, he said he is keen to show Ecclestone's successor Chase Carey next month that Melbourne is one of the best F1 hosts on the calendar.

"I would expect the new owners will be here to see how we do it and have a look at one of the very best formula one events in the world," said Westacott.