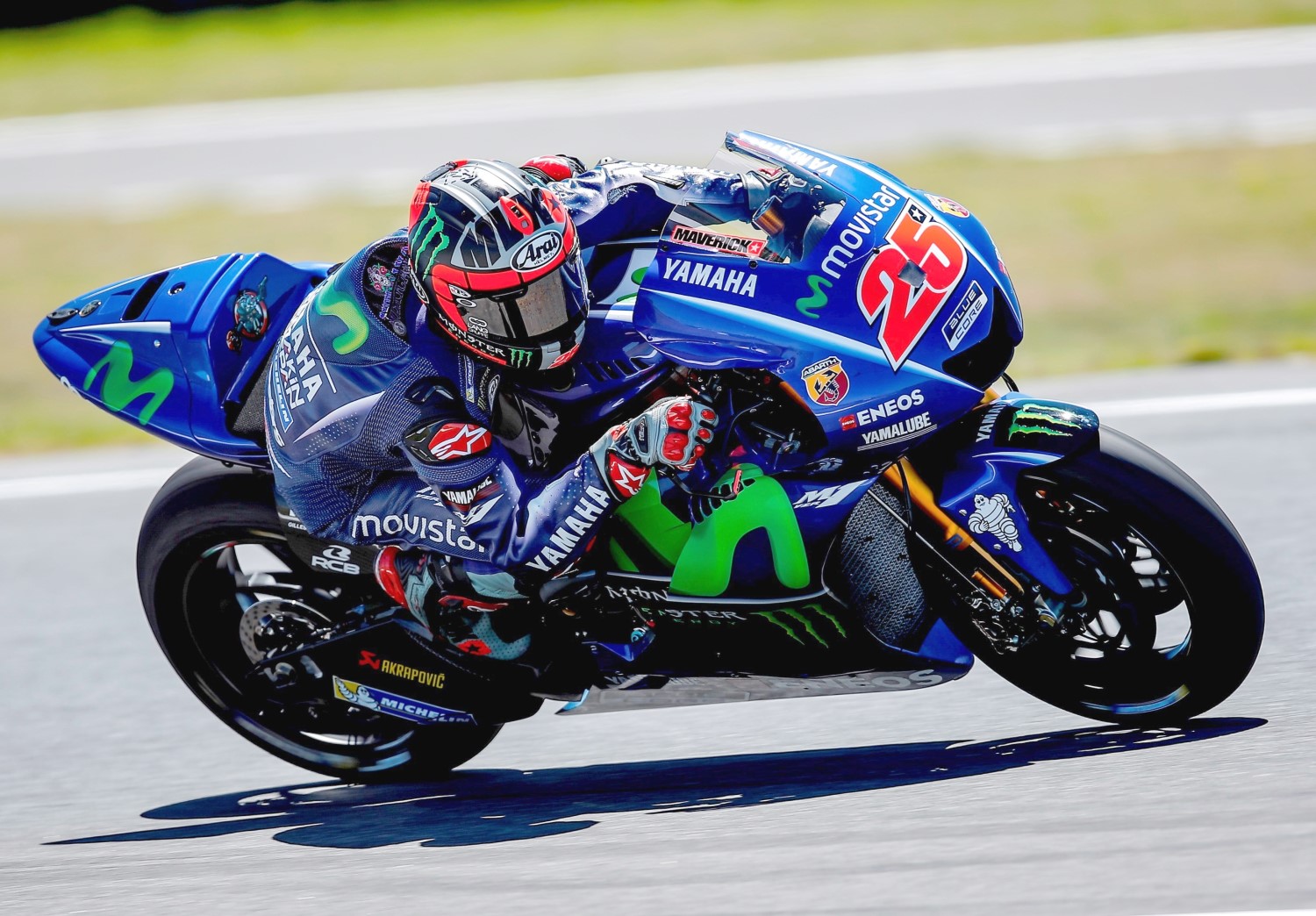 After a successful first outing around the Phillip Island Grand Prix Circuit yesterday, the MotoGP riders were back on the track today to continue their preparations for the 2017 MotoGP season.

Today the Movistar Yamaha MotoGP Team seamlessly picked up where they left off yesterday in Australia. Maverick Vinales (2nd quick yesterday, quickest today) made the most of the sunny weather conditions on the second day of the Phillip Island MotoGP Official Test.

Vinales kept up his impressive form today, showing he is also a force to be reckoned with at the flowing and fast Phillip Island Grand Prix Circuit. Just over an hour into the session he became the first rider to drop into the 1'28s, setting a 1'28.847s on lap 21.

Marc Marquez completed an active second day of testing at Phillip Island, finishing second with a time of 1'29.309" recorded on lap 20 of 107 (more than any other rider). On a day again marked by fine weather conditions (air 20Â° C, track 40Â° C), the reigning MotoGP World Champion continued his work on the setup of his RC213V. In the final hour he did two long runs of around 15 laps each, with most laps in the 1'29" range.

Maverick Vinales – 1st 1'28.847
Today we focused a lot on the race pace and honestly we did a great job, we made a big step compared to yesterday. I'm feeling more comfortable on the track and I'm getting more grip from the tires. I think we did a good job today, but we still have some work to do. We need to choose which chassis we like and decide on a few other things. We still have a lot of laps ahead of us. For sure I was trying to go faster at the end of the session today, but in sector three and four there was a lot of wind so I couldn't beat the lap time I set this morning, but I'm happy anyway. I've been fast with both chassis and all the time I'm riding 1Â'29-low and 1Â'29-medium. Like I said, we've made a big step today and we'll try to make another step tomorrow.

Marc Marquez 2ND 1:29.309
It's been a day of really hard work, and I'm a little bit tired, but it was the plan we had for today with the team and we did it! Together with my Engineers we decided to do many laps to try a few things, and we focused on riding as consistently as possible, trying to avoid any mistakes. I also did two long runs at the end of the day, to try different configurations of the electronics, and that allowed us to gather a lot of information. Anyway, as I said yesterday, we're still missing something, because I'm not 100% comfortable, but we're working in a good way. Hopefully these two long runs will allow us to find the areas where we can take a step forward. I also tried a new Michelin front tire and tomorrow we'll try the rear one, as today we had no time to do it.