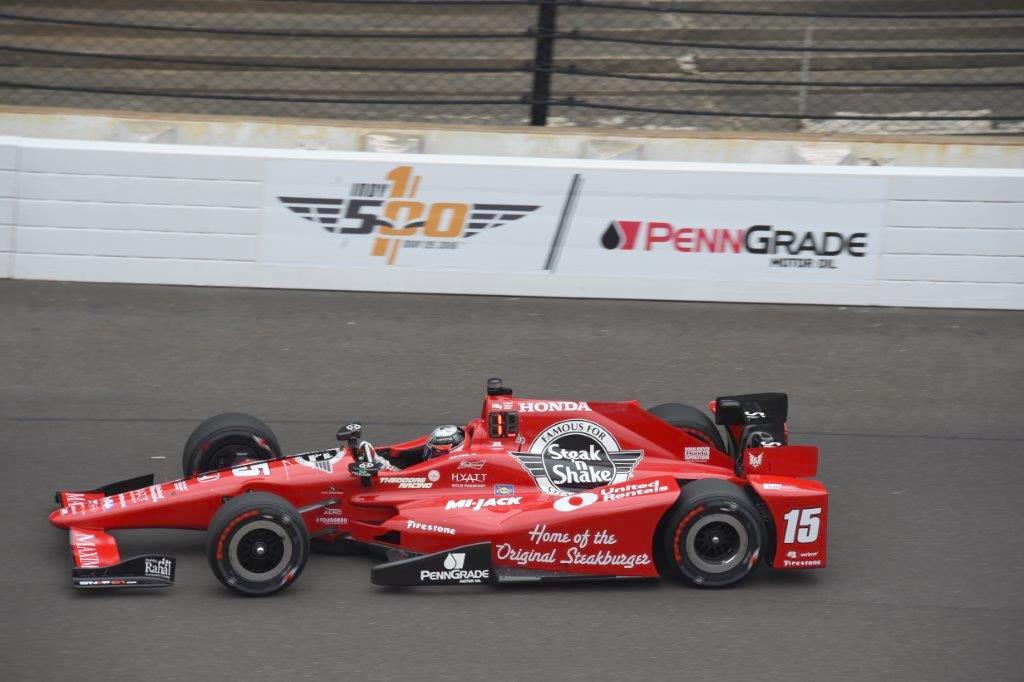 Rahal Letterman Lanigan Racing (RLL) announced today that Steak 'n Shake, a classic American brand and home of the original Steakburger and hand-dipped milkshakes, will return for a third season of sponsorship after a successful partnership in 2015 and 2016.

Steak 'n Shake will be the primary sponsor of Graham Rahal’s Honda entry at four Verizon IndyCar Series events in 2017 including races in St. Petersburg, the Indianapolis 500, Mid-Ohio, and a new venue for the partnership – the race at Gateway Motorsports Park, outside St. Louis, a key market for the company. Maxim Magazine branding will continue to be prominently featured on the race car. Both are owned by Biglari Holdings Inc.

"The partnership with Rahal, Letterman and Lanigan has exceeded all expectations. We’re excited to support such a legendary team in its efforts for another winning season," said Sardar Biglari, Founder, Chairman and Chief Executive Officer of Biglari Holdings Inc.

In 2017, the sponsorship will build on the successes of previous years with the return of the Steak 'n Shake bow-tie themed fire suit and the continuation of the signature Graham Rahal Milkshake, created exclusively by Steak 'n Shake. This season will also include in-store fan events with appearances by Graham Rahal and the #15 Steak 'n Shake Indy car. Additionally, fans will be able to enjoy a new fan event in St. Louis to celebrate the return of IndyCar to one of Steak 'n Shake’s largest markets in August at Gateway Motorsports Park.

"It’s great to have Steak 'n Shake on board for another season," added Bobby Rahal, co-owner of Rahal Letterman Lanigan Racing. "Since the beginning of the partnership, it has been a great pleasure working with Sardar Biglari and everyone at Steak 'n Shake. The pride they have in their company and their enthusiasm for Indy car racing is impressive. The fan support also continues to be a source of pride for the team and we can’t thank the fans enough for all of the positive reinforcement. We are going to do everything in our power to produce another race-winning season for Steak 'n Shake as well as our other partners."

In 2016, Graham Rahal was a major factor in two of the most exciting races of the season, the Honda Indy at Barber Motorsports Park where he finished second to eventual champion Simon Pagenaud, and in the Firestone 600, where he won by the closest margin of victory at Texas Motor Speedway and fifth closest in INDYCAR series history. For the second consecutive year, Rahal ended the season as the highest-ranked Honda-powered driver in fifth place after a total of four podium finishes and eight, top-five finishes.

The 2017 Verizon IndyCar Series season begins March 10-12 with the Firestone Grand Prix of St. Petersburg. Graham Rahal won the event in 2008 and won pole in 2009 – both feats earned him the distinction of being the youngest in series history to do so. For more details about the Series, please visit www.indycar.com.