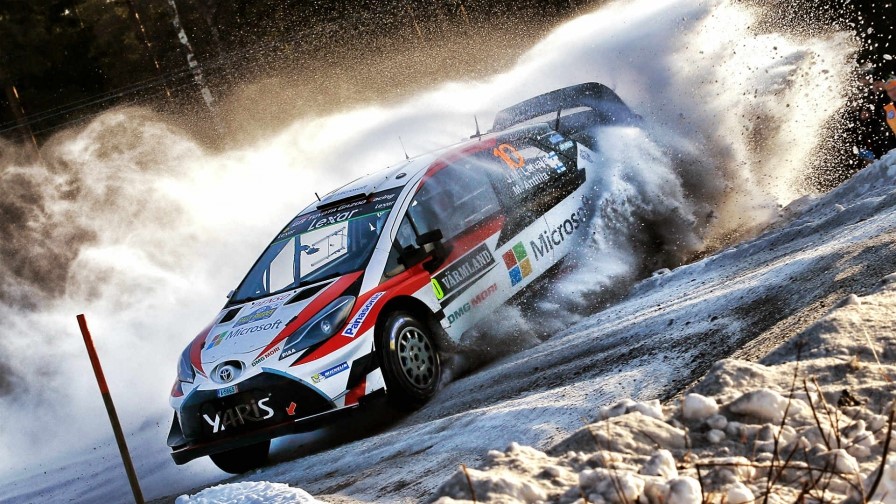 Jari-Matti Latvala Was The Surprise Leader Of Rally Sweden On Saturday Night After Thierry Neuville Crashed Out Of Top Spot In The Final Speed Test.

Neuville held a comfortable advantage before ripping the left front wheel from his Hyundai i20 Coupe after going off the road in the short special stage at Karlstad trotting track.

His demise left the Finn with a slender 3.8sec lead in his Toyota Yaris over the rapidly closing Ott Tanak with just Sunday's short finale remaining. World champion Sebastien Ogier was only 12.8sec further back in third.

It is the second rally in a row in which the Belgian has crashed out of a secure lead. He hit a drainage culvert and broke his suspension in last month's season-opening Rally Monte-Carlo – ironically, that also happened in Saturday's final stage.

Having pulled clear of Latvala late on Friday, Neuville measured his pace on snow and ice-covered forest roads and his lead hovered around 30sec. Victory in the penultimate speed test increased his advantage to 43.3sec before his error.

A thin layer of overnight snow ensured drivers struggled for grip and Latvala couldn't match yesterday's pace. He regretted his decision to carry two spare wheels this morning as Tanak closed in with an impressive hat-trick of stage wins in his Ford Fiesta.