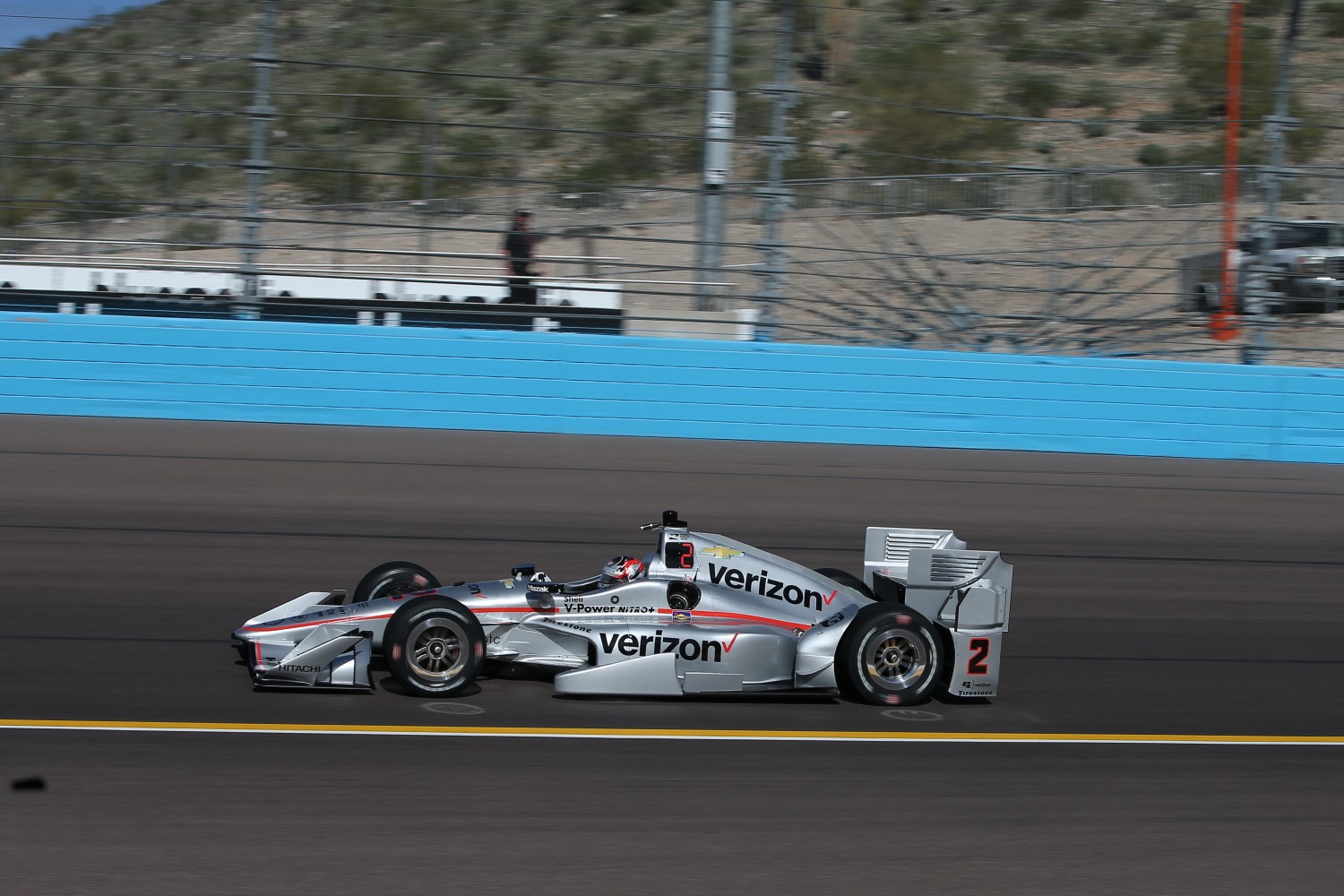 The newest driver for Team Penske ran the fastest lap this afternoon in the opening session of a two-day Verizon IndyCar Series open test at Phoenix Raceway. Driving the No. 2 Verizon Chevrolet, Newgarden’s top lap of 190.129 mph (19.3511 seconds) set the pace as the 21 drivers turned 910 laps in the first of four three-hour practices on the 1-mile oval.

Newgarden, who joined the 14-time Indy car champion Penske outfit this year after finishing fourth in the 2016 championship with Ed Carpenter Racing, said the plan was to use this weekend’s test as another opportunity to get better acquainted with his team.

“For us on the 2 car, we’ve got to really work to just understand our Verizon group with everyone that I’m going to be working with," said Newgarden. “There’s going to be a lot of changes for me, just moving from a different team to a new group.

“We’ve had a couple days on track already and I think this will be a continuation of what we did back in October. We’ve just got to keep trying to gel with each other, figuring out what I need from the car, figuring out how I communicate and how they communicate. That will just get better the more time we have."

Alexander Rossi, the reigning Indianapolis 500 champion, was the fastest Honda driver and fifth overall in the No. 98 NAPA Auto Parts entry for Andretti Herta Autosport with Curb-Agajanian (187.611).