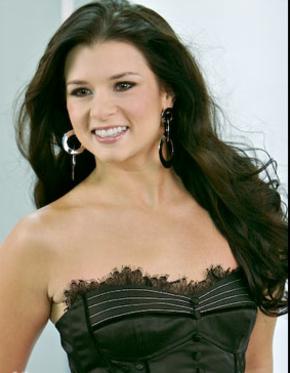 Danica Patrick has a favor to ask:

It's kinda important, and time-sensitive. With Speed Weeks right around the corner in Daytona the following weekend, Patrick has been left in the lurch by her primary sponsor, Nature's Bakery.

The company, based in Nevada and specializing in healthy products like fig bars, is reneging on its NASCAR Monster Energy Cup sponsorship deal with Patrick, who drives for Stewart-Haas Racing.

It's a prickly situation for all involved. But the most pressing issue is how will Patrick cobble together enough sponsorship dollars for the entire 36-race Cup season?

Nature Bakery's sponsorship included at least 20 races this season. Do the math. Not good.

This was the second year of a three-year agreement that Patrick signed with Nature's Bakery. It seemed like an odd fit. Patrick most certainly leads and promotes a healthy lifestyle, but Nature's Bakery is a small company among sponsorship giants like Lowe's and Nationwide Insurance.

Regardless of how this plays out in court, we have a problem.

"Nature's Bakery is in material breach of its contract with Stewart-Haas Racing, the team said in statement after the news was first reported by the Associated Press. "It is an unfortunate situation, as the team has delivered on all aspects of its contract and was prepared to do so again in 2017. Ultimately, this is a situation that will be resolved in a court of law.

"Stewart-Haas Racing remains focused on its preparation for the 2017 NASCAR season where it will again field four entries in the Monster Energy NASCAR Cup Series while also introducing a full-time NASCAR XFNITY Series team. The litigation with Nature's Bakery will not impact the organization's on-track efforts."

Meanwhile, the clock keeps ticking on the season countdown, and Patrick has $15 million reasons to worry. MSN.com

Some sources have pointed to the '16 minority investment by private-equity firm VMG Partners into Nature's Bakery as a turning point for the deal, as the fig-bar company had previously been solely owned by the Marson family. The suit indicates that VMG Partners, which declined comment for this story, became responsible for large decisions after it made the investment, according to ESPN, and industry observers noted that private equity firms are typically solely interested in boosting a company's bottom line before flipping it.

However, three sources close to Nature's Bakery said that the company is claiming that it saw no meaningful increase in sales revenue last year. One of those sources said that because of the claimed lack of a revenue jump, the deal was creating issues for the company regardless of any outside factors including new investors. Many in the industry had speculated over the last week and a half that SHR would look for a settlement in bid to avoid litigation. Sports Business Daily

AND Dave Pericak, Director of Ford Performance, was asked about Ford's commitment to the team:

There's a sponsorship issue with Danica's car. if there is a need for sponsorship, is that something that would fall under your parameters?
Pericak: "What I would say is we're gonna let that unfortunately play out through the court system and see how it works out. I'm hopeful that we're gonna come to a resolution on that, but at the end of the day what I can say is that you have my commitment and the commitment of Stewart-Haas Racing and everyone that's involved that it is not gonna affect our ability to hit the track and run that car and run it the way that it needs to be run. I don't really want to make any additional comments given where we are in the whole situation, and it's very unfortunate that we're going through it right now, but one way or another I can just tell you that you will have that 10 car on the track and it will be ready to perform." Ford Racing

02/07/17 One day after filing a $31.7 million breach of contract lawsuit against Nature’s Bakery, Stewart-Haas Racing executives were attempting to avoid a major disruption for Monster Energy NASCAR Cup Series driver Danica Patrick, whose No. 10 Ford is without its main benefactor less than two weeks before the season starts.

So how will SHR fill the empty race slots?

Though team officials have not spoken about the lawsuit or the way forward, there is an expectation that Patrick’s 36-race Cup schedule would be cobbled together with existing sponsors TaxAct,Aspen Dental and Code 3 Associates expanding their commitments. It would be expected that TaxAct and Aspen Dental could move to the fore at SpeedWeeks with one taking over the primary sponsorship in the non-points Clash and the other in the season-opening Daytona 500 on Feb. 26 (2 p.m. ET, Fox).

Aspen Dental originally had been committed to four races this season, TaxAct and Code 3 Associates three each. Nature’s Bakery, which terminated its sponsorship agreement with SHR on Jan. 19, had sponsored 28 races in 2016, the first year of its contract.

SHR president Brett Frood did not grant interviews Saturday. Nature's Bakery has not commented on the suit, filed by SHR in North Carolina superior court.

Nature’s Bakery had contracted to pay $15.2 million each season for three years to serve as Patrick’s primary title sponsor. The Nevada-based fig bar purveyor would have been responsible for at least 20 and up to 25 points races this season. The company, founded by father Dave Marson and son Sam Marson, is much smaller than most Fortune 500 companies that have their logos sprawled on Cup cars. The amount of money required to carry a primary sponsorship for NASCAR's premier level can be daunting, especially for a smaller group or a first-time investor.

Patrick, 34, is one of NASCAR's biggest stars and most popular drivers, with international recognition. While her results in stock cars have been modest – she has six top-10s and a Daytona 500 pole in 154 starts – her ability to attract fans and viewers, especially in a demographic NASCAR craves (millenials and women and children) cannot be understated. She came to stock cars after a successful seven-year career in IndyCar, during which she became the only woman to win a race and the first to lead the prestigious Indianapolis 500. She was third in the 2009 event, the highest finish by a woman.

Patrick also shares facets of her private life on social media that are appealing to a variety of people. She is a foodie and loves to cook, often showing off creations she makes for boyfriend and fellow Cup driver Ricky Stenhouse Jr. on Instagram. Patrick also touts the importance of fitness, particularly yoga. Her own brand of active wear clothing – Warrior – went on sale last month.

According to the lawsuit, SHR claims Nature's Bakery was unhappy with Patrick's use of social media in pushing another brand, but history reveals that the company liked and shared several of her posts touting their fig bars. Nature's Bakery has not commented about the suit or Patrick's social media promotion of their brand.

It is unclear how Patrick’s situation will unfold or intertwine with that of new teammate Clint Bowyer, who is replacing retired team co-owner Tony Stewart in the No. 14 Ford. Bowyer’s program has few announced sponsored races this season, but he participated in pre-season production activities in a Mobil 1 uniform. During last week's media tour, Patrick appeared in her TaxAct suit, noteworthy because it superceded Nature's Bakery's profile. When asked about the change, SHR released this statement to USA TODAY Sports:

“Nature’s Bakery and Stewart-Haas Racing are in discussions about how the sponsorship might look in 2017. Both sides have options, and it’s a matter of determining what is best for both parties. Stewart-Haas Racing remains focused on its preparation for the 2017 NASCAR season where it will again field four entries in the Monster Energy NASCAR Cup Series while also introducing a full-time NASCAR XFNITY Series team." USA Today

02/03/17 The initial report has been updated with additional details:

The lawsuit filed in state superior court says Stewart-Haas Racing had "significant concern" Nature's Bakery could afford a primary sponsorship, but founder David Marson "provided repeated assurances that Nature's Bakery had the cash flow and funds to meet all the financial requirements."

Nature's Bakery did not immediately respond to a request for comment late Friday. "It is an unfortunate situation, as the team has delivered on all aspects of its contract and was prepared to do so again in 2017. Ultimately, this is a situation that will be resolved in a court of law," the statement said, adding the team is moving forward with plans to field four cars in the Monster Energy Cup Series while also expanding to include a full-time Xfinity Series team. "The litigation with Nature's Bakery will not impact the organization's on-track efforts," the statement said. Associated Press

02/03/17 Stewart-Haas Racing filed a $31 million breach of contract lawsuit against Nature's Bakery on Friday, accusing the company of refusing to pay millions of dollars it owes the team to sponsor driver Danica Patrick this season. Nature's Bakery was scheduled to sponsor at least 20 races this NASCAR season, the second year of a three-year deal to be the primary sponsor for Patrick. The lawsuit filed in state superior court says Nature's Bakery had cash flow issues not long after signing its sponsorship agreement and asked to rework the payment schedule on the more than $15 million the company owes the team each season.

SHR also accused the company of eventually concocting "a scheme to avoid further payments" by claiming Patrick had been endorsing competing products and was not using her social media presence enough to promote Nature's Bakery. The suit says Nature's Bakery sent a letter to the team on Jan. 19 terminating the sponsorship agreement, and that the company has missed several re-scheduled deadlines to pay. The lawsuit seeks $31.7 million, plus interest for the breach of contract.

The pairing with Nature's Bakery was a natural fit for Patrick because she heavily promotes a healthy lifestyle and clean eating. She has started a fitness program that will be turned into a book, has launched an active-wear clothing line and uses her social media channels to encourage fans with recipes and workouts. Patrick has also promoted Nature's Bakery on social media, and has claimed she ate the fig bars before she was partnered with the company.

According to the lawsuit, Nature's Bakery took issue with Patrick using Instagram to promote Six Star Pro Nutrition Protein Powder, Purely Inspired Protein, home-made energy balls, a homemade spinach smoothie and various other homemade meals. SHR maintains none of those products is in competition with fig bars or brownies, and that Nature's Bakery "liked" most of the Instagram posts. An exhibit filed with the suit includes numerous Patrick photos from Instagram that show Nature's Bakery had "liked" the post. SHR claimed Nature's Bakery never complained about the Instagram posts until it began missing payments and accused Patrick to be in breach of contract. Associated Press