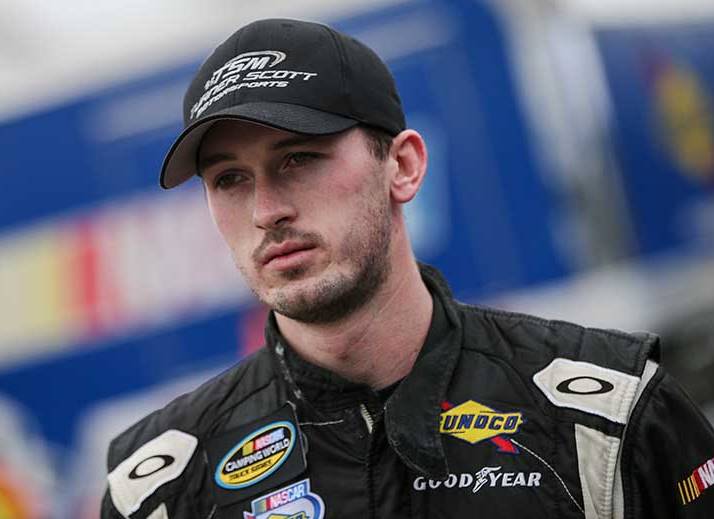 Rheem, Menards and Richard Childress Racing (RCR) are committed to championing the NASCAR XFINITY Series (NXS) charge to be the series where "names are made," and each have long histories of supporting aspiring drivers from local short tracks to NASCAR's feeder series.

Ben Kennedy will be the latest up-and-coming driver to be given that opportunity when he climbs into the No. 2 Chevrolet Camaro for nine NXS races, the first of which will be at Talladega Superspeedway this spring.

Kennedy has worked his way up through the NASCAR development ladder. In 2016, he competed full-time in the NASCAR Camping World Truck Series and secured his first NASCAR national touring series win at Bristol Motor Speedway in August. He also finished 10th in his NXS debut last season at Iowa Speedway, driving the No. 2 Ruud Chevrolet for RCR.

"I am looking forward to working with Rheem, Menards and the No. 2 XFINITY Series team," said Kennedy. "I'm thrilled that well-respected brands like Rheem and Menards are willing to lend their support and provide the opportunity to prove what I can do. I may not have the experience that Cup Series drivers do, but I'm confident that I have what it takes to get to Victory Lane."

RCR Monster Energy NASCAR Cup Series drivers Austin Dillon and Paul Menard understand the need to develop young talent and continue growing the sport. Both made the decision to give up seat time in the No. 2 Chevrolet Camaro to provide Kennedy the opportunity to gain valuable experience.

"I cut my teeth in the XFINITY Series," said Dillon, 2013 NXS champion. "If it hadn't been for the success I experienced in both the Truck Series and the XFINITY Series, I wouldn't be driving in the Cup Series now. I understand how important it is to give younger drivers a chance to make a name for themselves and gain valuable experience. They can't prove themselves unless someone gives them a shot, and I'm glad that Rheem and Menards want to provide Ben that opportunity."

"It is great that our partners recognize the value in developing young drivers," said Menard. "They are the future of NASCAR and need to be given chances to race in good equipment at the front of the field. This is a big opportunity for Ben, and I know he's going to make the most of it with Rheem and Menards on board. He has a lot of talent and this is his chance to show everyone what he's got."

Dillon, Menard and Kennedy will share the No. 2 Chevrolet Camaro throughout the 2017 season. The XFINITY Series kicks off at Daytona International Speedway on Saturday, Feb. 25 on FS1. A full series schedule can be found at NASCAR.com, and tickets can be purchased at NASCAR.com/tickets.