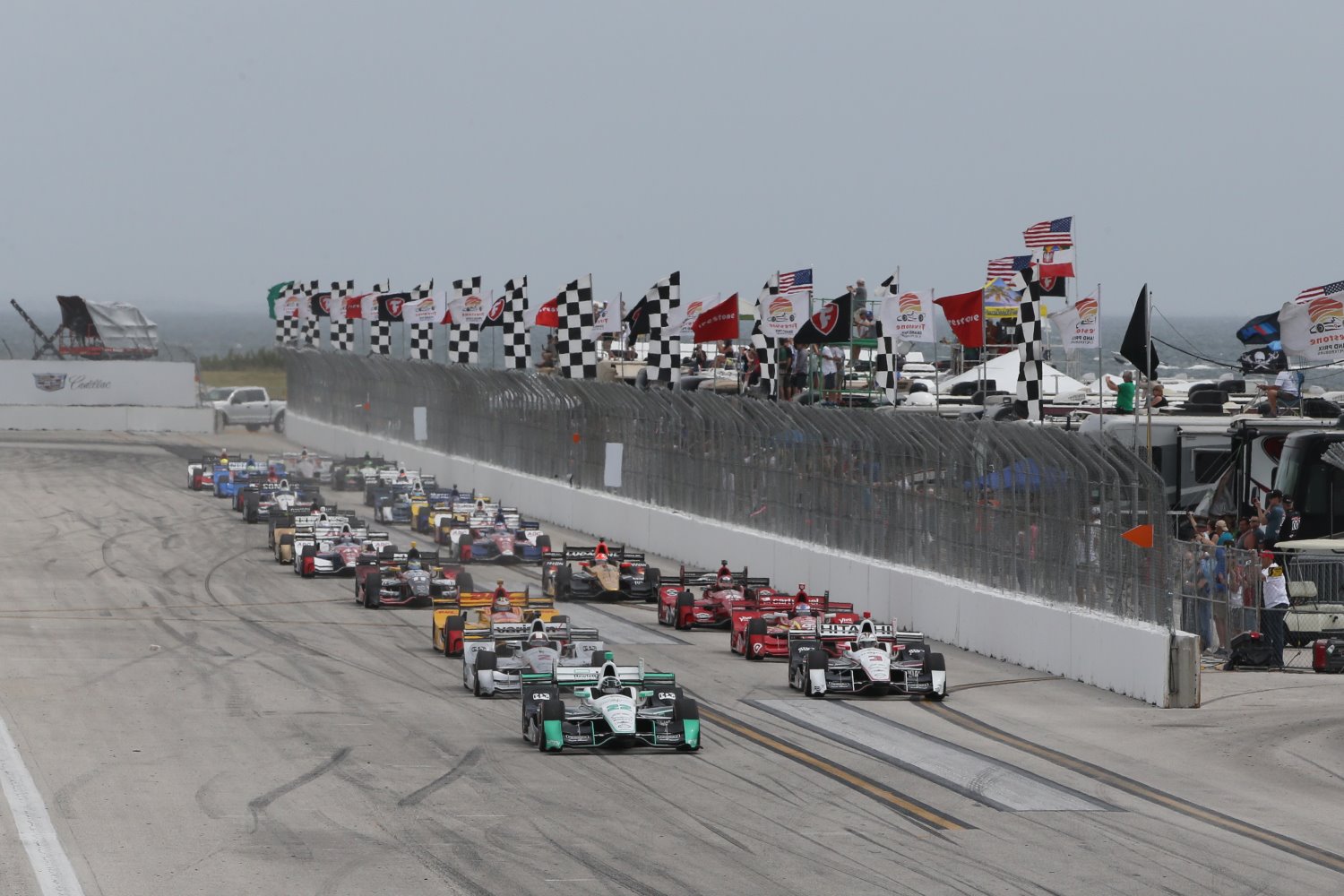 Single day tickets to the 2017 Firestone Grand Prix of St. Petersburg will go on sale to the public tomorrow (February 1) at 10:00 a.m. EST at gpstpete.com. Organizers today also announced five additional racing series each showcasing doubleheader races for fans during the weekend.

Headlined by the Verizon Indy Car Series 110-lap feature, the green flag will drop on 13 total races during the 13th edition of the Firestone Grand Prix of St. Petersburg. Additionally, the picturesque, 1.8-mile temporary street circuit is the U.S. season opener for all the racing series on the weekend schedule.

The Pirelli World Challenge Championship features two separate classes of racing: GT, GTA and GT Cup classes in one race and GTS in another, encompassing four of the weekend's races. Joining the line-up will be open-wheel racing's future stars racing in the Mazda Road to Indy development ladder series, including Indy Lights Presented by Cooper Tires, the Pro Mazda Championship Presented by Cooper Tires, and the Cooper Tires USF2000 Championship Powered by Mazda. Back by popular demand is the SPEED Energy Stadium SUPER Trucks presented by Traxxas which add a unique dimension to the weekend. These identically prepared, high horsepower trucks provide a great spectacle jumping ramps and catching air off all four wheels.

"Anticipation is building for the Firestone Grand Prix of St. Petersburg with track building set to begin next week and continuing at a rapid pace until the first green flag," said Kim Green, co-owner, chairman and CEO of Green Savoree Racing Promotions, organizers of the Firestone Grand Prix of St. Petersburg. "This is a must see and do annual festival in the greater Tampa Bay area. In addition to a schedule jam packed with great racing action, downtown St. Petersburg area will remain open for business featuring fantastic food, shopping and night life for our fans."

Additional features of the weekend include the 5th Annual Firestone Grand Prix 5K Run presented by Modern Business Associates benefiting the Police Athletic League of St. Petersburg which is a run and walk event held on the race track. Registration is open for the Friday, March 10th evening event at gpstpete5k.com. Spectrum SpeedZone, located near Turns 5 and 6 near the Firestone Bridge, will again be full of merchandise vendors to pick up the newest racing gear, interactive displays for adults and children, a rock climbing wall, giant fun slide, double power jump, mechanical gator, 12-seater swing along with face painters, and is the place for many autograph sessions during the weekend.

Single day tickets start as low as $20 for Friday, $35 for Saturday and $50 for Sunday. A weekend General Admission ticket offers the best value at just $55. A single day Reserved Seat is available for $100 in upper rows and $75 in lower rows. Junior pricing is available for ages 12 and under. For full pricing information and to buy tickets, visit gpstpete.com or call 877-725-8849.