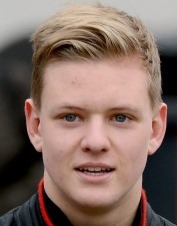 Todt, the former Ferrari boss, is arguably the closest friend of F1 legend Michael Schumacher, whose 17-year-old son Mick is set to charge into European F3 this year.

However, Mick is already being linked with a near-certain formula one career, with Schumacher's old teams Mercedes and Ferrari touted as likely suitors.

But Todt said: "Mick's a wonderful boy. I have known him since he was a baby and I love this boy. I can only ask everyone not to put him under so much pressure."

Todt was speaking to the German news agency SID at the Spobis sports business congress in Dusseldorf, where the Schumacher family-linked 'Keep Fighting' award was being handed out.

When asked if Mick has a sure future in F1, Todt would not comment.

"Mick is going to develop in his way, but he loves racing and in Formula 4 he has shown what he can do.

"He should be left alone to continue developing," the 70-year-old Frenchman added.

Silverstone sees Ecclestone exit as British GP boost
(GMM) Silverstone is sounding more hopeful about a future on the F1 calendar, in the days after Bernie Ecclestone lost his job as the sport's chief executive.

Ecclestone was notoriously hard on struggling European promoters, and while his successor Chase Carey says new contract talks are not on the cards, he has made it clear that Britain should be part of the world championship.

Recently, the circuit-owning British Racing Drivers' Club (BRDC) has been warning it will shortly trigger an exit clause and stop hosting the race after 2019.

Carey has said London is an attractive potential F1 host city for the future, but at the same time stressed the importance of historic venues like Silverstone.

Warwick suggested that his renewed confidence is because of Ecclestone's departure and the arrival of new F1 management, including Carey and also former F1 team boss Ross Brawn.

"We are excited by the change of management," said Warwick.

"We don't think our sanction fee will change, therefore we have to find a better way of increasing our revenue.

"It was probably the right time for Bernie to step aside. It's great we now have new opportunities and new energy to take us in a new direction.

"Maybe we can have more pit walks, bigger concerts, more sponsorship, maybe we can name corners. There are things we can change which we haven't been able to do under the current contract," he added.

(GMM) Monisha Kaltenborn says the departure of F1 supremo Bernie Ecclestone could be remembered as a positive "turning point" for the sport.

Kaltenborn runs the small and struggling Sauber team, whose disenchantment with F1's existing regime prompted it and Force India to lodge a protest with the European Commission.

Now, she has told German radio Deutschlandfunk that "The exit of Bernie Ecclestone is a turning point for the whole of formula one".

Kaltenborn continued to the Sport am Sonntag program: "It is a big change when the person who made the final decision on everything is no longer there."

One major change, she suggested, is likely to be in the area of F1's broadcast rights, which under Ecclestone's reign have been "very restrictive".

"As a team, we cannot use the moving images from the race of our own car, for example — on any medium," Kaltenborn explained.

"The most important thing is that, as a sport, we can get closer to the fan and be able to communicate."

Already flagged by F1's new chief executive Chase Carey are changes to the controversial income distribution system, and even potential spending caps for the teams.

"I see this as all fundamentally positive," Kaltenborn reacted. "But I am also not so naive as to believe that everything will now be right.

"I think there is a long way to go. But we now have a promising environment, thanks to the new owners," she added.

As for Ecclestone's actual removal as CEO, Kaltenborn commented: "I see this less as a relief and more as an opportunity for the whole of formula one."

(GMM) Williams deputy Claire Williams has admitted the British team's options were narrow as it looked to replace the Mercedes-bound Valtteri Bottas for 2017.

A few days after winning the world championship, Nico Rosberg stunned the F1 world by quitting Mercedes and the sport, prompting a phone call to Williams by Toto Wolff.

"Pretty soon after Nico's decision, I had Toto on the phone," she said at the Spobis sports business congress in Dusseldorf, according to Speed Week.

"At that point we had agreements with Valtteri and Lance Stroll — everything was done, everything was clear. The new scenario after Nico's decision put us all in a difficult position," added Claire Williams.

She said the Grove based team did not want to hold back Bottas — a driver the Williams team has nurtured for years.

"When it comes to future world champions, the name Bottas has been mentioned regularly in recent years," said Williams. "I am anxious to see how he goes.

"Valtteri has grown close to our hearts over the years — I just wish we could have given him a better car. But I'm happy he will get that chance at Mercedes," she added.

But giving Bottas that chance, and cashing in the financial settlement offered by Mercedes, did leave Williams in a difficult situation when it came to replacing the Finn.

"We knew that next to our rookie Lance we needed an experienced driver. We also had a special situation with our sponsor Martini," Williams explained.

Indeed, it was widely reported that the well-known alcoholic brand was demanding that, because Stroll is just 17, Williams needed his teammate to be at least 25.

"The problem," Claire explained, "is that most of the available drivers in formula one were not 25. So it meant six hectic weeks for us," she added, referring to the negotiations that eventually saw Felipe Massa call off his retirement.

"It was not boring," she smiled. "Actually this is always the case after the season, because the preparations for the following season have already started. But this time, everything was a little different."

Bottas backer paying more for Mercedes move
(GMM) Valtteri Bottas' personal sponsor is happy to pay a little more in 2017, as the Finn prepares to charge for wins and the title at Mercedes.

Until now, Finnish conglomerate Wihuri has backed Bottas' career by sponsoring the 27-year-old at Williams.

Wihuri chief Antti Aarnio-Wihuri, a 76-year-old billionaire, says he started supporting Bottas when he was a young boy in karts.

"Valtteri's father was the company that cleaned our factory," he told Iltalehti newspaper.

Wihuri then backed Bottas all the way to F1, and has now agreed to move with the driver to the championship-winning Mercedes team for 2017.

Asked about the recent negotiations with Mercedes boss Toto Wolff, Aarnio-Wihuri revealed: "No, it was not a difficult negotiation.

"I know Toto very well and we got to an agreement quickly. He (Wolff) was at Williams for a long time and we were immediately on the same page."

But when asked if Wihuri is having to pay more for its place on the Mercedes livery in 2017, he admitted: "Of course. The agreements are a little difficult to compare.

"The effort is a little bigger, but not in a significant way."

What is significantly different for 2017, however, are the rules, with Aarnio-Wihuri declaring: "This season will certainly be interesting.

"At this time no one knows who will have the fastest car. The changes are too great and they affect too many factors."

As for Bottas, the driver's 76-year-old backer revealed: "He's in a positive mood. Since the beginning, Valtteri's dream was to get into a winning car and now he has it.

"He is looking forward to the start of the season," Aarnio-Wihuri concluded.

McLaren to supply F1 engine sensors
McLaren Applied Technologies has been announced as the sole supplier of engine pressure and temperature sensors in Formula 1 from next season.

The move is part of the FIA's cost control initiative, and complements the Engine Control Unit (ECU) used by all teams in Formula 1 and supplied by McLaren Applied Technologies since 2008.

The contract period, the first time one supplier has been used for this purpose, runs from 2018 to 2020.

"From the ECU technology in every Formula 1 car to the engineers supporting teams at the track, McLaren Applied Technologies continues to be at the heart of motorsport.

"Our mission is to provide an unrivalled service, ensuring the world's premier race teams and series can continue to grow and delight fans around the world."

Kevin Magnussen believes that Formula 1's overhauled regulations for the 2017 season will play to his strengths, as he embarks on a new challenge with Haas, following his departure from Renault.

Formula 1 will enter a new era of technical regulations for 2017, with cars set to be four to five seconds per lap faster than 2016, as a result of revised aerodynamics and much wider Pirelli tires.

Magnussen scored a podium on his debut with McLaren in 2014 but was unable to retain his seat, while a comeback with Renault last year yielded just two points finishes, largely down to the manufacturer's struggles.

Magnussen, though, reckons this year's overhauled regulations will be of benefit to him, following his switch to the sport's newest team, Haas.

"I'm a driver that, if I have a problem, it's most of the time because I'm overdriving," he is quoted by Motorsport.com.

"I naturally tend to overdrive the car. And these new cars will probably suit that better than less downforce. So, I'm looking forward to it.

"It's going to be fun to try. If our expectations are true, then they're going to be the fastest Formula 1 cars… ever, probably, so that would be exciting."

Magnussen also expects to learn more from new team-mate Romain Grosjean, compared to ex-partner Jolyon Palmer, due to the Frenchman's additional experience in the sport.

"I prefer to have an experienced team-mate," he said.

"It's good for the team but it's also good for me as a driver to have someone that I can really learn from.

"I learned from Jolyon as well last year, but from Romain I'm sure I'll learn more, because he's an extremely fast racing driver.

"Jolyon is fast as well, but Romain is also very experienced."