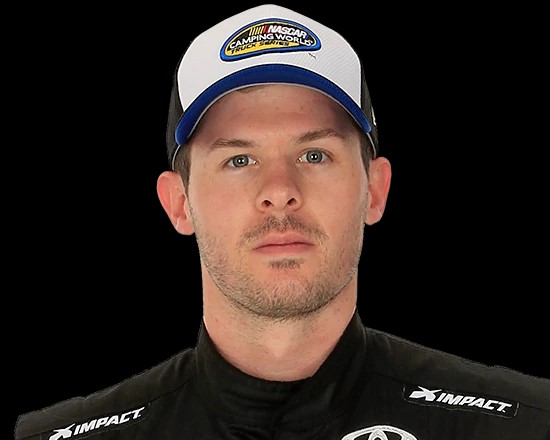 Hattori Racing Enterprises (HRE) is pleased to announce that Ryan Truex, the 2009 and 2010 NASCAR K&N Pro Series East Champion, will run a full-time NASCAR Camping World Truck Series (NCWTS) schedule in 2017, driving the No. 16 Toyota Tundra. Truex competed in 15 events with HRE in 2016 bringing home a career-best finish of second at Daytona International Speedway in February.

"I'm grateful for this opportunity to race my first full National Series Season with HRE and Toyota Racing in 2017," Truex said. "We started 2016 on a strong note and were able to contend inside the playoffs prior to stepping out of the truck after Charlotte. I know we can have similar, if not better results in 2017 and I'm looking forward to contending for race wins and hopefully making the playoffs this season."

Scott Zipadelli will take over the crew chief duties for Truex in 2017, his first season with HRE. In 2016, Zipadelli picked up his first-career NCWTS victory in August at Michigan International Speedway. The veteran crew chief also has three NASCAR Xfinity Series victories on his resume.

Truex made his HRE debut at Daytona last year and competed in select events throughout the 2016 season. In 15 starts the 24-year-old compiled one top-five and four top-10 finishes. Truex has three career NCWTS starts at Daytona, bringing home two top-fives.

"Ryan has the pedigree of a great driver and is even a better person," said team owner Shige Hattori. "It was an honor to have him drive our trucks last season and I'm looking forward to competing for the championship with him and the team this season. We recently moved into a new state-of-the-art shop facility and have recruited fantastic team personnel for this season. We feel like we've done everything to improve our organization which should result in competitive results. I know the No. 16 Toyota Tundra will compete for race wins this season."

The HRE No. 16 Toyota Tundra gets on track Friday, February 24th at 7:30 p.m. ET for the NextEra Energy Resources 250 at Daytona International Speedway.

There are opportunities to sponsor the HRE Toyota Tundra this season. There will be several sponsor announcements coming at a later date.