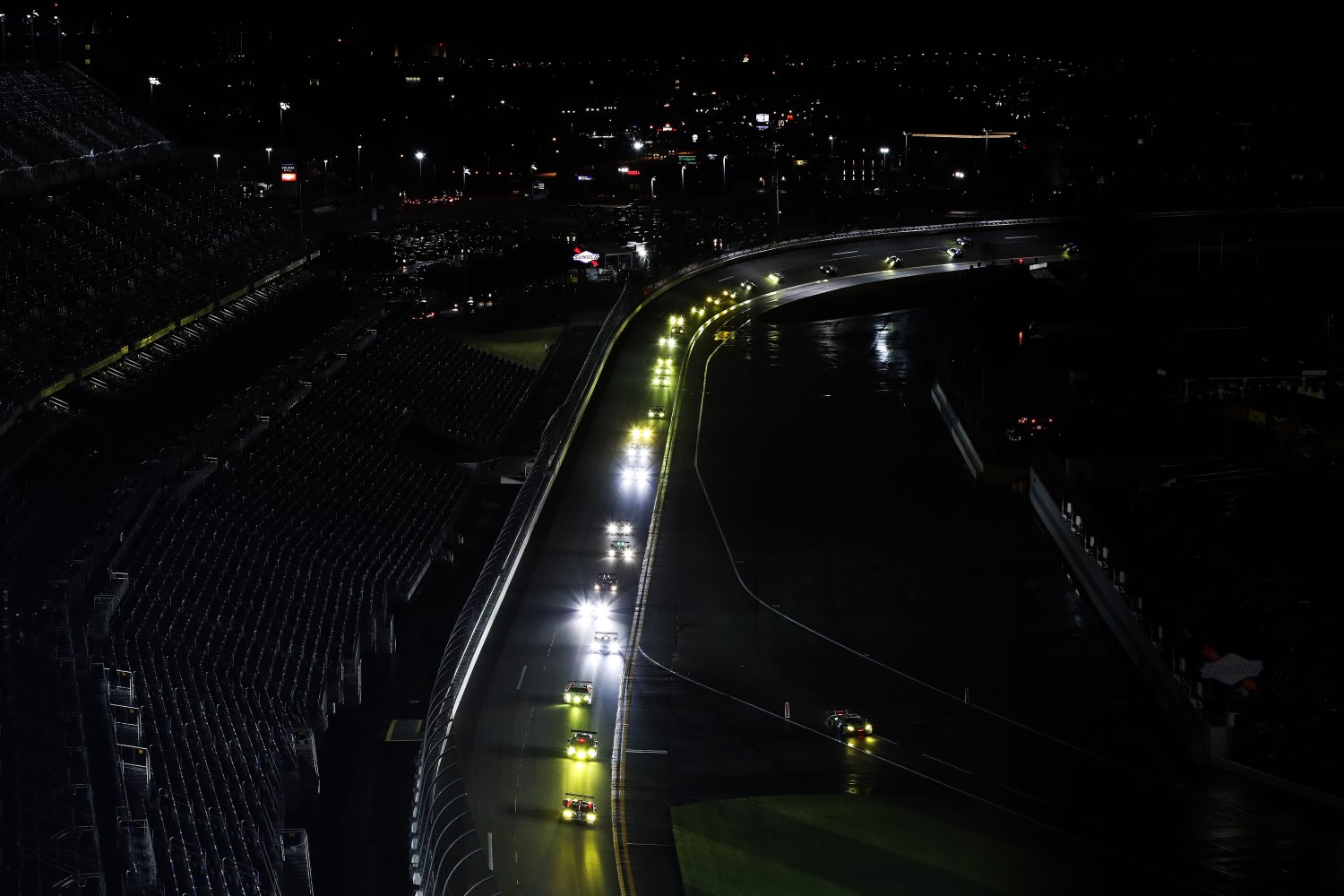 Cold, rainy conditions persisted in the second quarter of the race. It made the racing surface extremely slippery with a number of cars spinning and going off-track. One of the biggest problems for a majority of the field was trying to find proper pressures and getting heat into the tires. We are now up to 13 total full course cautions.

Behind the pace car there are now three Prototypes at the head of the field on the same lap.

The #10 Taylor Racing Cadillac driven by Jordan Taylor is at the front followed by the #90 Multimatic Riley at the hands of Marc Goosens. Now back on the same lap, the #5 Action Express Cadillac of Filipe Albuquerque runs 3rd after earlier bodywork problems put them down a lap. Luis Derani has moved the #2 ESM Nissan into fourth just one lap down.

In GTLM the Fords have drifted down the order in the rain and James Calado has moved the #62 Ferrari to the front but there are 7 cars on the same lap with him, the closest being the #911 Porsche driven by Dirk Werner.

"The Cadillac is very good," Ricky Taylor said. "Our DPi-V.R is pretty good drive in the drizzle conditions. We are in the lead and we want to hold it as long as we can. That helps keep you motivated in the car. We want to keep the lead into the morning. It looks we will be racing the No. 5 Cadillac. We are going to try and hold the gap and keep it clean for the next several hours."

"It was very tough running," Barbosa said. "There is very little grip. I was struggling for grip with the Cadillac. I just tried to keep the car on the track. With these rainy cold conditions it is hard to keep temperature in the tires."