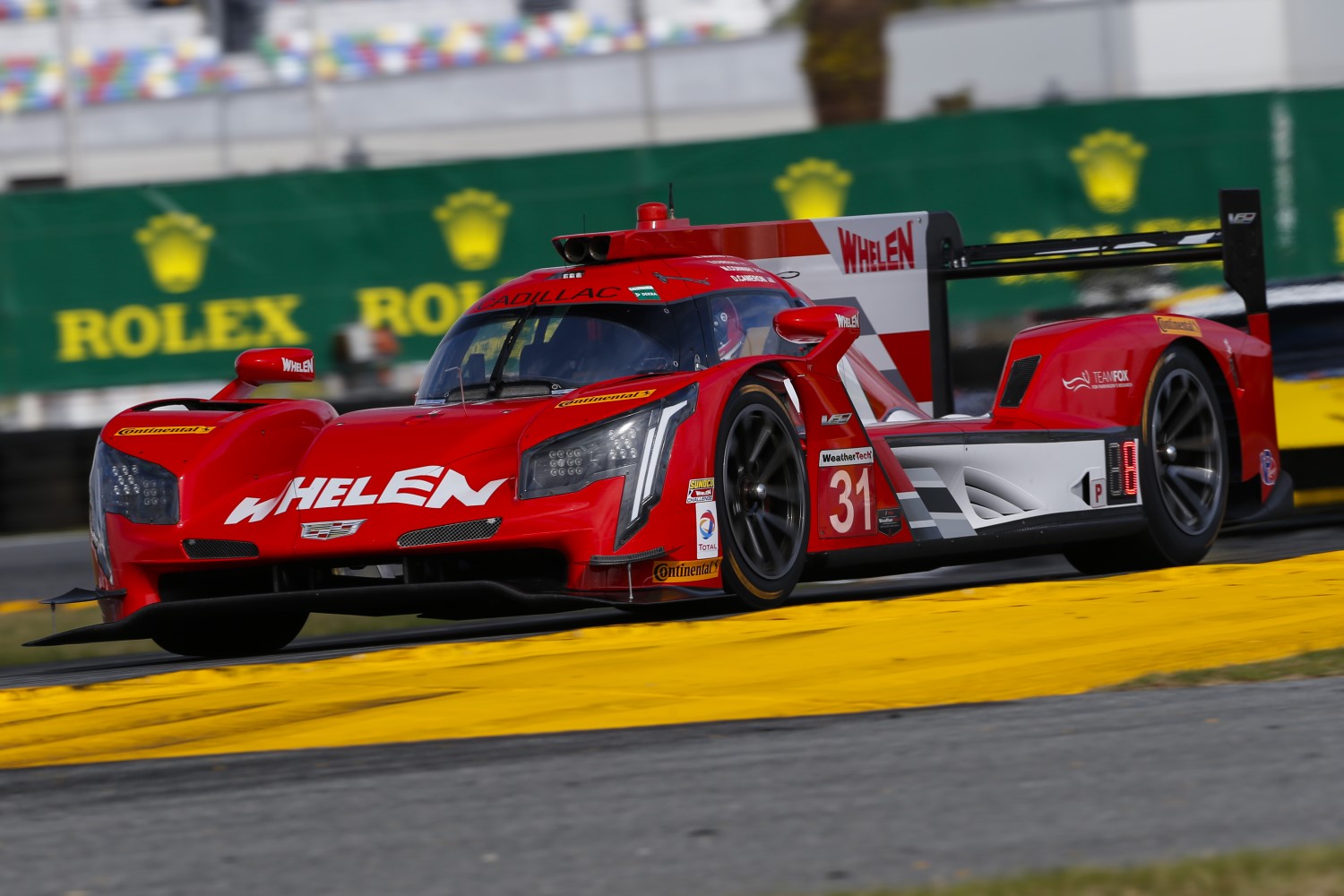 With two hours of racing in the books, Seb Morris currently leads the Rolex 24 at Daytona in the No. 31 Whelen Engineering Cadillac.

Jules Gounon leads the GTD class in the No. 29 Audi.

A single-car crash for Scott Pruett’s No. 14 Lexus RC F GT3 brought out the second Full Course Yellow of the Rolex 24 at Daytona in the second hour.

Pruett, the joint-most successful driver in the history of the Rolex 24 with seven career wins, was running on the fringes of the top 10 in GT Daytona when he lost control of the Lexus on the exit of Turn 1.

No other cars were involved, although the No. 4 Corvette C7. R of Tommy Milner was almost collected in the incident.

The 56-year-old was evaluated and released from the circuit medical centre.

The second Lexus in the hands of Austin Cindric runs 13th in class.