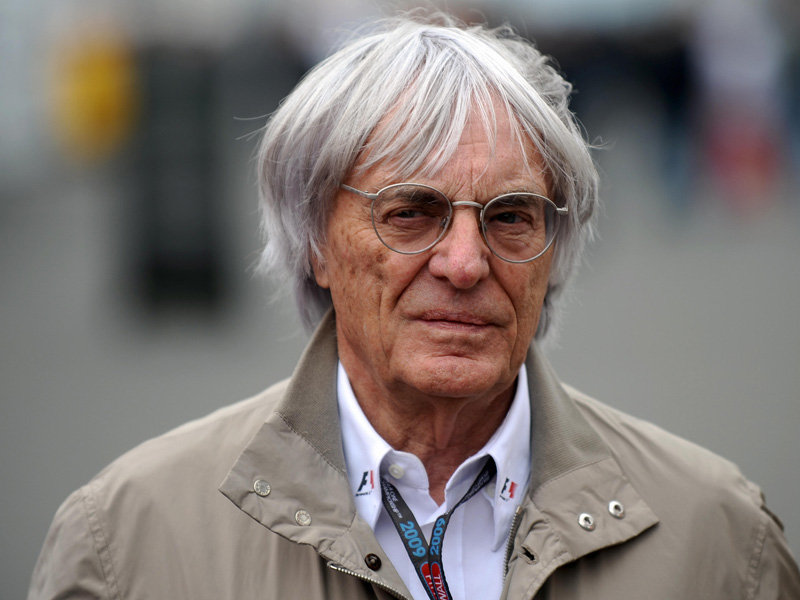 Authoritative sources had hinted at the 86-year-old's move, perhaps bolstered by his long-time associate Flavio Briatore who told La Gazzetta dello Sport this week that Liberty ousting Ecclestone was "not very smart".

But in a statement on Friday, Ecclestone denied the reports outright.

"I have built the championship over the last nearly 50 years, which is something I am proud of, and the last thing I want is to see it damaged," he said.

The Briton did, however, express some regret that while he had to always chase "financial results" for CVC, new owner Liberty Media now intends to "put money back into the sport".

"I would have loved the luxury of what Chase Carey is able to do," Ecclestone said.

"I hope the F1 supporters appreciate this as Chase intends to put money back into the sport.

"I am very touched by the support and thanks that I have received from the people that I have dealt with over the years," he concluded.

Administrator says Manor to 'close its doors'
(GMM) Only ten teams will make it to the grid as the 2017 season begins in Australia in March.

There were hopes the backmarker Manor could exit administration if a buyer was found before the end of January, as funds to test in Spain next month and race in Melbourne had dried up.

But administrator FRP on Friday announced that the team's operating company will now close.

"It is deeply regrettable that the team has had to cease trading and close its doors," said administrator Geoff Rowley.

As team staff faced the prospect of immediate redundancy, a photo appeared on social media of the wind tunnel model of Manor's unraced 2017 car.

Rowley said: "The administration process provided a moratorium to allow for attempts to secure a long term viable solution for the team within a very limited time-frame, but sadly no solution could be achieved to allow for the business to continue in its current form."

Briatore: F1 must be a championship for drivers not engineers

Former team boss Flavio Briatore, known to be a close associate and confidante of Bernie Ecclestone, is not impressed with how Liberty Media have dealt with their takeover of Formula 1 and wonders if they have the right stuff to lead the sport out of, what he believes, is a crisis.

In an interview with Gazzetta dello Sport, Briatore said, “The transition was not very elegant. It is true that I am close to Bernie Ecclestone. We shared the same vision for Formula One. Bernie has made people famous and successful, even those who did not deserve it. "

“If a major shareholder enters, then a change is quite normal. To date, this has been a big financial business, but there has not been much talk about the state of the product."

“The state of Formula 1 is bleak: most teams are in crisis because they have financial problems. The race tracks are on the verge of collapsing. Silverstone is on the brink, this is the last year of Formula 1 in Singapore and Malaysia will disappear. How can you maintain such a sport?"

“I see only one winner: the CVC investors…" explained Briatore in reference to Formula 1’s previous owners who have sold out to Liberty Media.

“Everyone, including the FIA â€‹â€‹as well as the racing teams, who wanted to have a say in this new hybrid Formula 1 era, are to blame for this mess. We now have a formula that is of no use to anyone, where costs are exploding out of control."

“The damage began thanks to the break-up of FOTA [Formula One Teams Association which was disbanded in 2009]. If it had survived this situation would never have developed."

“What Formula 1 needs now is to be a drivers world championship again, not a championship for engineers. The engine development must be frozen, as we did with the normally aspirated engines. At that time, we had twelve cars within a second…"

Briatore believes that the manner in which Ross Brawn – the newly appointed F1 managing director of motorsport – galvanizes the new management along with the existing teams, and their respective bosses, will be crucial for the success of Formula 1 in future.

“I’ve worked with Ross Brawn for eight years. Ross is a devil of an engineer, an excellent man. But he has to make sure everyone is pulling on the same rope – especially in terms of lowering costs," warned Briatore who was Brawn’s boss during their highly successful years, with Michael Schumacher, at Benetton in the nineties.

Ross Brawn believes Formula 1 must "balance quality and quantity" with regard to the potential expansion of the calendar, following Liberty Media's takeover of the sport.

Liberty completed its acquisition of Formula 1 on Monday and installed Brawn as Managing Director (Motorsport) as part of a new structure, alongside CEO Chase Carey and commercial chief Sean Bratches.

Formula 1's calendar has increased across recent years, with the 2016 roster featuring a record-breaking 21 races, while Liberty has hinted that it is keen to explore new territories.

"They [Liberty] asked me what I thought was the maximum number of races, and first of all I said we've got to balance quality and quantity," Brawn told ESPN.

"We've got to make sure we don't just have races because we can increase the number, the races have to be of good quality, in good places and in exciting places.

"We also need to think about the frequency of races because the nice balance of a race every other weekend is perfect."

Brawn added that he would support new additions to the calendar, but believes a change in mentality would be required by the teams.

"There is a point where you need to join in with the teams to help them and support the extra number of races," he said.

"But if you then set yourself up with two sets of crews and two sets of engineers and all the rest of it, which I believe is what NASCAR does, then you can do it."

This year's calendar has been reduced to 20 races following the absence of the German Grand Prix.