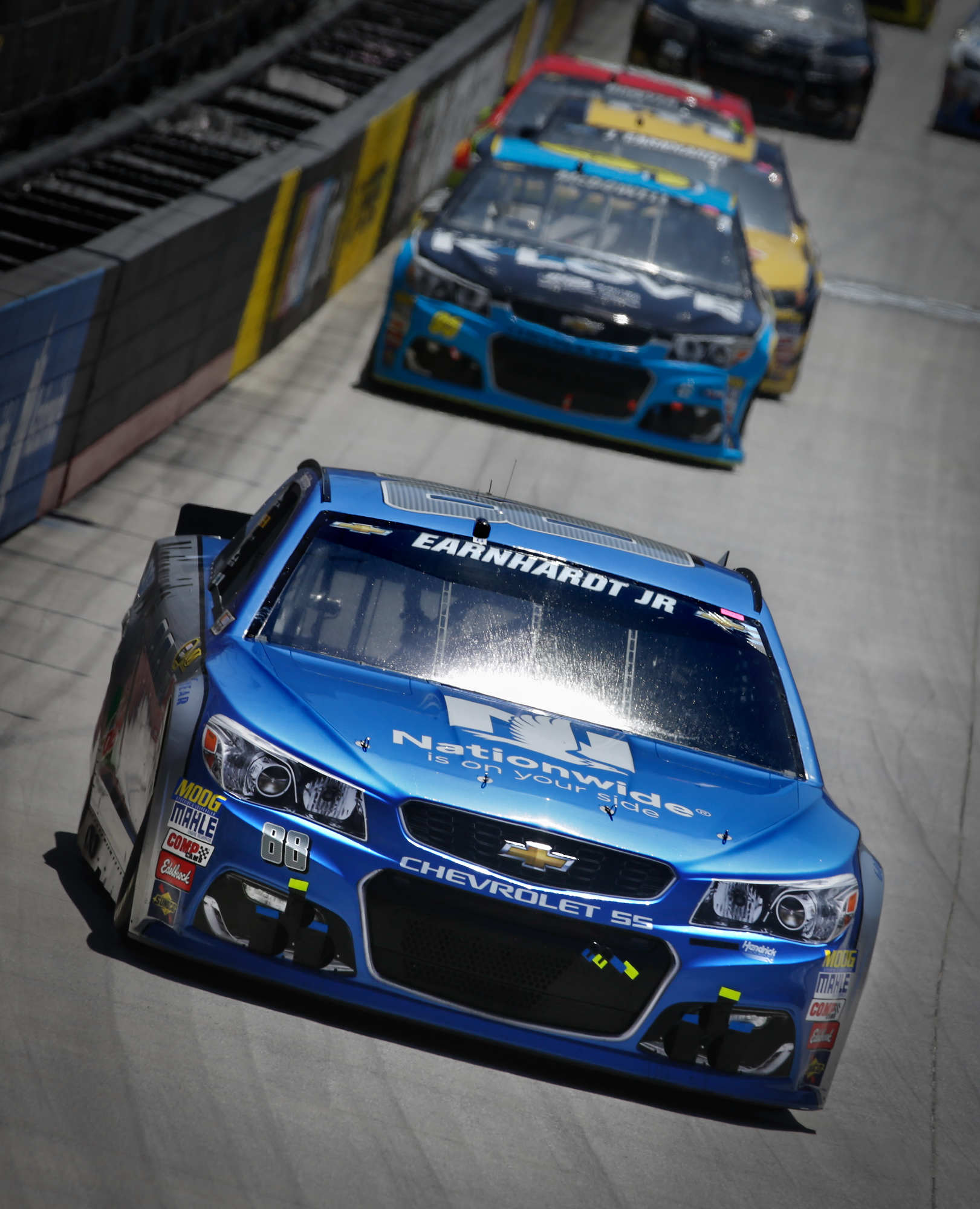 The move was made to align the Cup series with the Xfinity and Camping World Truck Series in series sponsor placement on the vehicle. The driver's name has adorned the front windshield of Cup cars since 2013. During the opening round of last year's Cup playoffs, the Twitter handles for each title-eligible driver was placed on the front windshield instead of the driver's name. NBC Sports