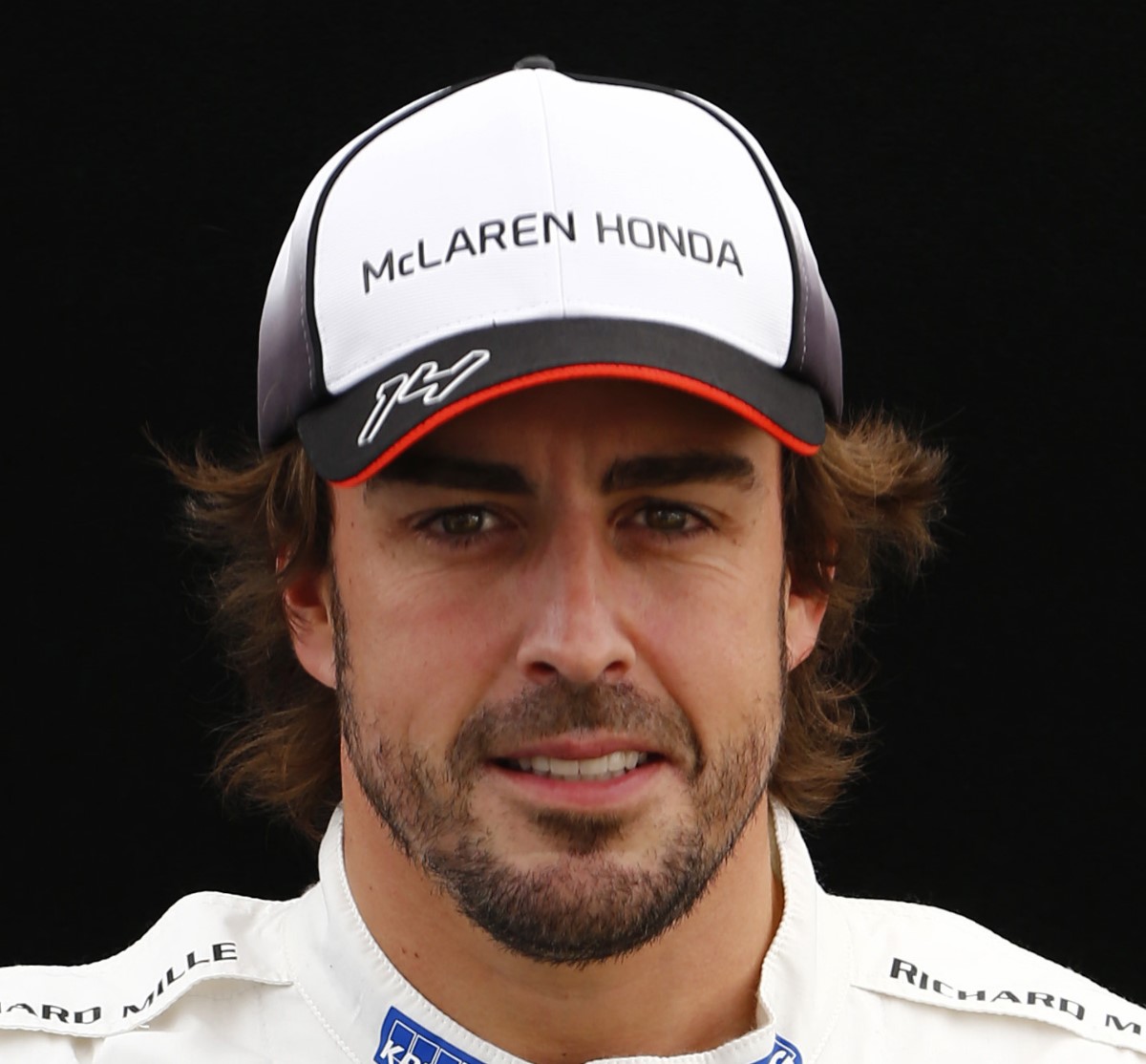 Disappointed with the sport's direction of the past decade, Spaniard Alonso has warned that unless the much faster cars inspire him this year, he will not renew his contract.

But as he unveiled a new personal sponsor in Madrid, the two-time world champion's countryman, friend and rival Sainz thinks Alonso will be happy in 2017.

"I do not have much contact with Fernando — less than people believe anyway," Spanish newspapers quote the Toro Rosso driver as saying.

"In fact, I don't know what he is doing in the pre-season, but I do think Fernando will have a hard time retiring after he tries the new cars," Sainz added.

Sainz has been in the Red Bull simulator this week, declaring afterwards that the 2017 Toro Rosso will be "fast and impressive".

The 22-year-old said: "They are faster cars, with the aerodynamic loads of the golden years of 2005. The tires are wider and degrade less, allowing us to attack more."

(GMM) Ferrari has denied that the official name for its 2017 car is now out of the bag.

Santander, a Spanish sponsor of the fabled Italian team, tweeted a graphic that suggested Ferrari's new car will be called the SF17-JB — with the 'JB' an apparent tribute to the late former Ferrari junior driver Jules Bianchi.

Santander then deleted the tweet, apologizing and retracting the news.

But the name spread like wildfire on the internet, prompting Italy's La Gazzetta dello Sport to contact Ferrari for an official response.

The newspaper said Ferrari "denied that (SF17-JB) will be the name of the car".

And a team spokesman was quoted as saying by Italy's Corriere dello Sport: "The news is without foundation.

"The most appropriate and elegant way to remember Jules is doing what was done in Nice, with the dedication of a street in his name."

(GMM) Stoffel Vandoorne is in the same league as some of the best drivers to ever race in formula one.

That is the sensational claim of new McLaren chief Zak Brown, exactly a month before official pre-season testing begins in Barcelona late next month.

Belgian Vandoorne, 24, is making his full F1 debut for McLaren-Honda in 2017, with a strong reputation and record from his formative career.

But Brown told Het Laatste Nieuws, a Belgian newspaper, that the Belgian is even better than his record suggests.

"With Fernando Alonso and Stoffel, we are fortunate to have two top drivers," he said.

"I include Stoffel in the category of drivers such as Michael Schumacher, Lewis Hamilton and Ayrton Senna," Brown added. "Together in the same team, Stoffel and Fernando will surprise."

Brown made the statement to a group of Belgian reporters, who expressed incredulity at the comparisons made between Vandoorne, a rookie, and some of the sport's greatest ever achievers.

"You heard me right," he insisted. "I put Stoffel in that category.

"He has the potential to evolve into a top F1 driver. Stoffel is an incredible driver and a future world champion.

"It is likely that he will commit some rookie mistakes, but he will learn quickly," Brown added.

No proposal for London GP yet – mayor
(GMM) A spokesperson says London mayor Sadiq Khan has received no proposal about the possibility of a F1 street race in the city.

As he took over from Bernie Ecclestone, new F1 chief executive Chase Carey this week said there is "no question" the idea of a London grand prix is attractive.

But London's Times newspaper said Khan needs to know what impact a formula one race would have in terms of city disruption and pollution.

"Until we receive a proposal and have a greater understanding of the type of infrastructure formula one requires for a race, it is difficult to comment on what would and would not be possible," a spokesman for the mayor said.

Bernie Ecclestone and WPP CEO Martin Sorrell, two of Europe’s "most well-known" businessmen, are among a "handful" of execs to have reaped a $40M payoff from the sale of Formula 1 to Liberty Media, according to Christian Sylt for the London GUARDIAN.

Most of the shareholders "are not able to sell their stock during a six-month lock-up period following completion of the acquisition" but some of the management "have an exemption and they are taking advantage of it."

According to a prospectus released Wednesday, seven of F1’s "key figures" are selling up to $39.9M worth of shares in Liberty, which has been renamed the Formula One Group, with the ticker FWONK.

The offering is being underwritten by UBS and "the biggest seller is Ecclestone."

He is selling up to 950,599 shares worth $28M, leaving him with 0.5% of the company. The second-largest package on offer is from F1 Finance Dir Duncan Llowarch, who has put $4.6M of stock up for sale.

Sorrell is also one of Delta Topco’s non-exec directors and is selling $1.9M worth of his shares. GUARDIAN

London Mayor Sadiq Khan "will want to know the potential impact on disruption and pollution from staging" a Formula 1 grand prix in the center of the city before deciding whether to support any proposals, according to Martyn Ziegler of the LONDON TIMES.

New F1 CEO Chase Carey has spoken about "staging a future British Grand Prix on the streets of London."

A spokesperson for the mayor said that they had "not been approached about the concept" and needed to know more details before making any decision. The spokesperson said, "Until we receive a proposal and have a greater understanding of the type of infrastructure Formula 1 require for a race, it is difficult to comment on what would and would not be possible."

Possible pollution from fuel emissions "would be as much of an issue as the disruption to the city for Khan."

He wants to bring an "ultra-low emission zone" into central London by '19, a year earlier than planned. LONDON TIMES

Mercedes Motorsport Dir Toto Wolff said that Formula 1 has a "huge opportunity to grow under new owners Liberty Media but it must also tread carefully in making changes to the rules," according to Alan Baldwin of REUTERS.

Responding to the departure of the sport's 86-year-old CEO Bernie Ecclestone after 40 years in charge and his replacement by American Chase Carey, Wolff said that the future "looked bright."

Wolff: "The Ecclestone era ending is a pretty big thing. We need to embrace the future and we shouldn't be too nostalgic about the past. This sport has a huge opportunity for growing bigger and bigger and we could all benefit from this. We need to push in that direction."

Wolff warned, however, "that changes needed to be properly evaluated." He said, "We shouldn't mess with our loyal fans and our audiences by implementing rules and regulations that we haven't assessed properly." REUTERS

The two companies last worked together in '97, "when the then-world champions Williams had Renault engines and BP sponsorship."

The fuel supply announcement "had been expected and continues a shake-up that started in December when ExxonMobil ended a 21-year partnership with McLaren and switched to Red Bull," which uses Renault engines with Tag Heuer branding.

Honda-powered McLaren has yet to announce its new fuel supplier but is "also expected to do a deal with BP." REUTERS

Alan joined Williams at the end of 2014 and has made a significant contribution to the company that has been part of ensuring Williams competes strongly and on a sound financial footing. He has led a significant restructuring and modernization of its finance operations that has proved invaluable as the business continues to grow. Jon Boaden, Group Financial Controller, will take on the role of Interim Chief Financial Officer until a new appointment is made, and he will work alongside Martin Hudson, Williams Advanced Engineering Finance Director.

Speaking about his departure, Alan said: “I have loved being a part of the Williams family for the past few years. I have thoroughly enjoyed my experience here and look forward to seeing the company grow as I take on a new challenge."

Mike O’Driscoll, Group CEO, added: “Alan came on board at an exciting time and played a crucial role in reinvigorating our Formula One team and building a strong Advanced Engineering business. I’d like to take this opportunity to thank him for his very significant contribution to the Williams Group and wish him all the best with his future endeavors."