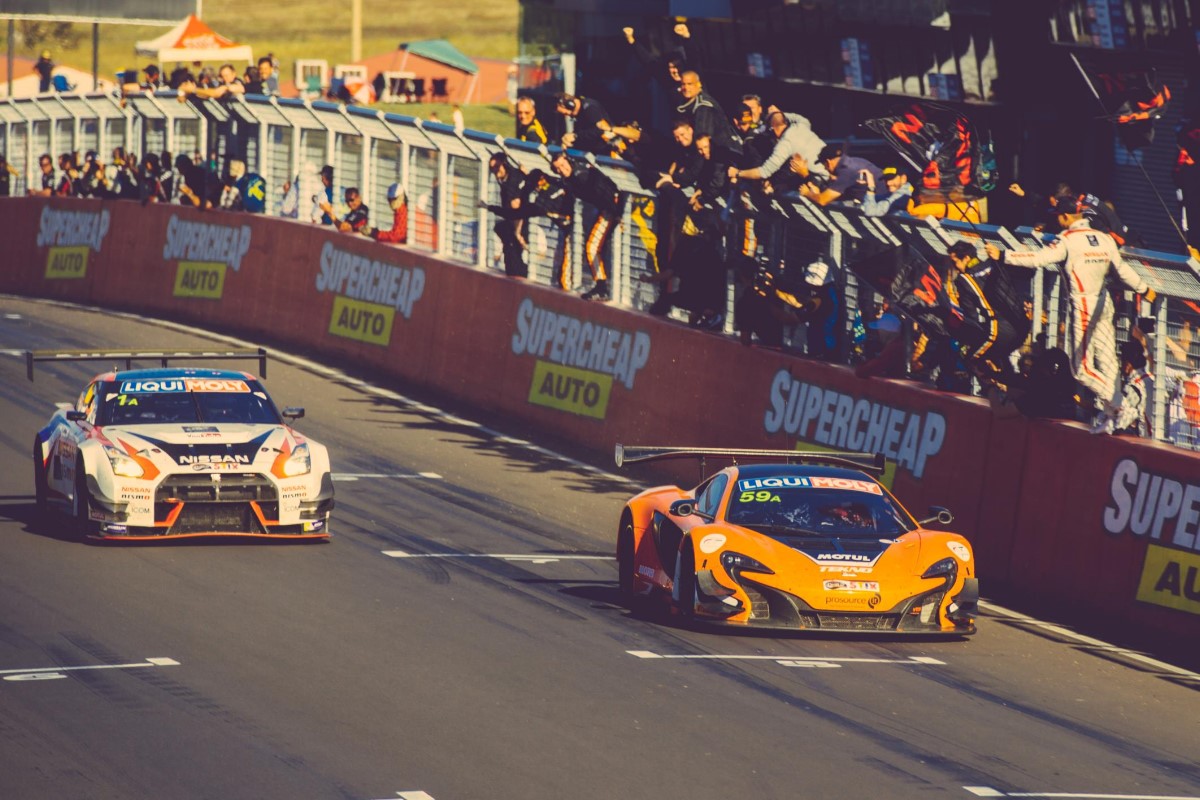 The McLaren 650S GT3 will return to Mount Panorama circuit in Australia next month with four customer team-run entries confirmed for the 2017 Bathurst 12 Hour. The race will also mark the competitive debut outing of Ben Barnicoat who joins the McLaren GT Driver Academy for 2017.

20-year-old Ben Barnicoat joins the McLaren GT Driver Academy after impressing in single-seater racing over the past few seasons. Barnicoat is supported by the prestigious Racing Steps Foundation – a private non-profit organization focused on developing the UK’s greatest young talent in motorsport – and was a part of the McLaren Formula 1 Young Driver Program from 2010. The Chesterfield-born driver’s CV also includes a Formula Renault 2.0 North European Championship in 2014 and two race wins in his debut season in the 2016 FIA European Formula 3 Championship.

Barnicoat will join reigning Bathurst champions Tekno Autosports alongside a strong Factory Driver line-up in the pair of class A PRO 650S GT3s. 2016 Bathurst champion and Pirelli World Challenge champion Alvaro Parente will share driving duties with Blancpain Endurance Cup champions Rob Bell and Come Ledogar in the #1 car, while Barnicoat is partnered in the #59 McLaren with Bathurst 1000 champion Will Davison and the highly experienced sportscar racer Jonny Kane who also makes his Bathurst debut.

Customer teams Objective Racing and Keltic Racing are also set to compete in the race. Objective Racing has entered its 650S GT3 into Class A PRO-AM with Australian GT regulars Tony Walls and Warren Luff sharing the #11 with experienced Supercars drivers Tim Slade and Alex Davison. Australian GT drivers Klark and Anthony Quinn meanwhile are confirmed for Keltic Racing’s class A AM entry.

The 6.2km Mount Panorama circuit in Australia’s New South Wales region is the host of the 12 Hour and is one of the toughest in the world. With tight, enclosed sections for the drivers to battle through as they ascend and descend the world-famous mountain, and lengthy straights testing their car’s raw performance, it presents a unique challenge in sportscars.

In 2016, the #59 Tekno Autosports 650S GT3 secured pole position with a new lap record and went on to take victory in one of the closest and most-thrilling once-round-the-clock contests across ‘The Mountain’. With a blend of bold strategy calls and faultless driving from Parente and teammates Jonathon Webb and Shane van Gisbergen, the 650S GT3 secured the first title in what turned out to be the most successful season in GT racing to-date for McLaren.