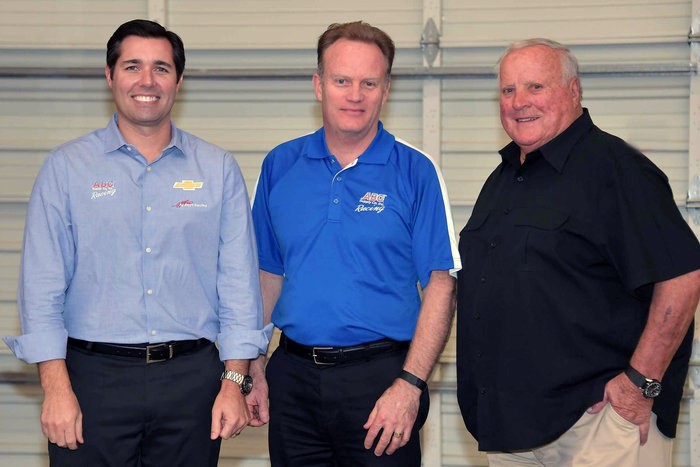 Hiring Phillips from KW Motorsport is the final piece to the puzzle which has been put in place as the team overhauls its operation in the off season. In addition to new drivers, the switch to Chevrolet power and aero kits, the AJ Foyt Racing has hired new personnel for the No. 4 ABC Supply Chevrolet team which will be based in Speedway, Ind. for most of the race season.

Phillips, whose entry into motorsports began as a design engineer for March Engineering in 1986, brings a wide range of experience which ranges from F3000 to Formula 1. His most recent IndyCar stint was his role as the vice president of technology in the Verizon IndyCar Series. He has worked as a technical director/chief engineer, race engineer or design engineer at various teams. Past stints include de Ferran Motorsports, Highcroft Racing, Rocketsports, and Reynard Motorsport.

"It is a privilege to join one of the most iconic teams in the IndyCar Series," Phillips said. "I have missed the competition and as such am looking forward to being back on the frontline. The depth of talent in the team is impressive and I look forward to working with them and helping create a cohesive engineering group to support Carlos and Conor."

"I've enjoyed getting to know Will Phillips," Foyt said. "In our initial meetings, I liked his approach and demeanor, and felt it would be a great fit and benefit to our current young driver and engineer lineup. Operating two different race shops poses its challenges for sure, but I like the experienced personnel we have been able to hire to take on the challenge."

A.J. Foyt, who was familiar with Phillips as a former INDYCAR official, said, "I'm glad to have Will on our team. He's smart and experienced and he was a close friend of "Ando's" [the late John Anderson]. Ando worked for me and was a good friend of mine. I don't know Will that well yet, but if Ando respected him, that's good enough for me. I think Will can do a great job for us."

The team will be testing tomorrow and Wednesday at Sebring International Raceway as they get their first on track experience with the ABC Supply Chevrolets in preparation for the IndyCar Series season opener in St. Petersburg, Fla. March 10-12