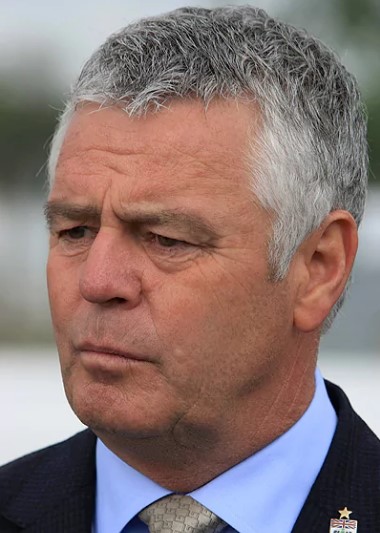 Formula 1 should scrap the use of blue flags in grands prix and restrict the awarding of penalties as that will improve the racing, according to Derek Warwick.

After lengthy discussions in driver briefings last year, the FIA clarified the use of blue flags following complaints faster cars were getting baulked in traffic.

There has also been a growing feeling there are too many penalties being handed out for on-track incidents.

BRDC president and FIA driver steward Warwick believes the show will be improved if the drivers are left to get on with it.

"Regulations are made for the front end of the grid," he said.

"The people that talk in driver briefings to [FIA F1 race director] Charlie [Whiting], like [Sebastian] Vettel and [Mark] Webber when he was there, [Fernando] Alonso, [Jenson]Button, all the experienced guys that want the best for them to make their race perfect.

"It is them that have pushed for blue flags, drivers being penalized.

"We need to come back and help the back end of the grid, I think.

"Take away blue flags, take away all these penalties.

"Let's get back to harder racing and let people work out how to overtake when coming to lap a slow car.

"These guys will enjoy F1 more if all of a sudden, the great drivers like Lewis Hamilton, who will be unbelievable in traffic without the blue flags, will be even more unbelievable.

"That will bring fans to Silverstone and watch the British Grand Prix."

Warwick added F1 has become "too vanilla" and "too health and safety" but added "we don't want to make the cars less safe" but "what we can do is let them race more".

The ex-F1 driver said he will continue in his role as an FIA driver steward this season.

"Charlie has asked me to do Australia because it could be a bit of a bun fight, the first grand prix with the new regulations.

"I really look forward to it.

"You're not paid, but I enjoy it and I'm lucky enough that I can afford to give something back.

"It's interesting the amount of data we have in the stewards' room – brake pressure, steering angle, speed, corner exit.

"We have everything, and that's instant.

"We have an engineer in the room that records everything so we can go back and look at an incident.

"We've got 60 circuit cameras, on-boards, off-boards so we can analyze each incident." AutoSport