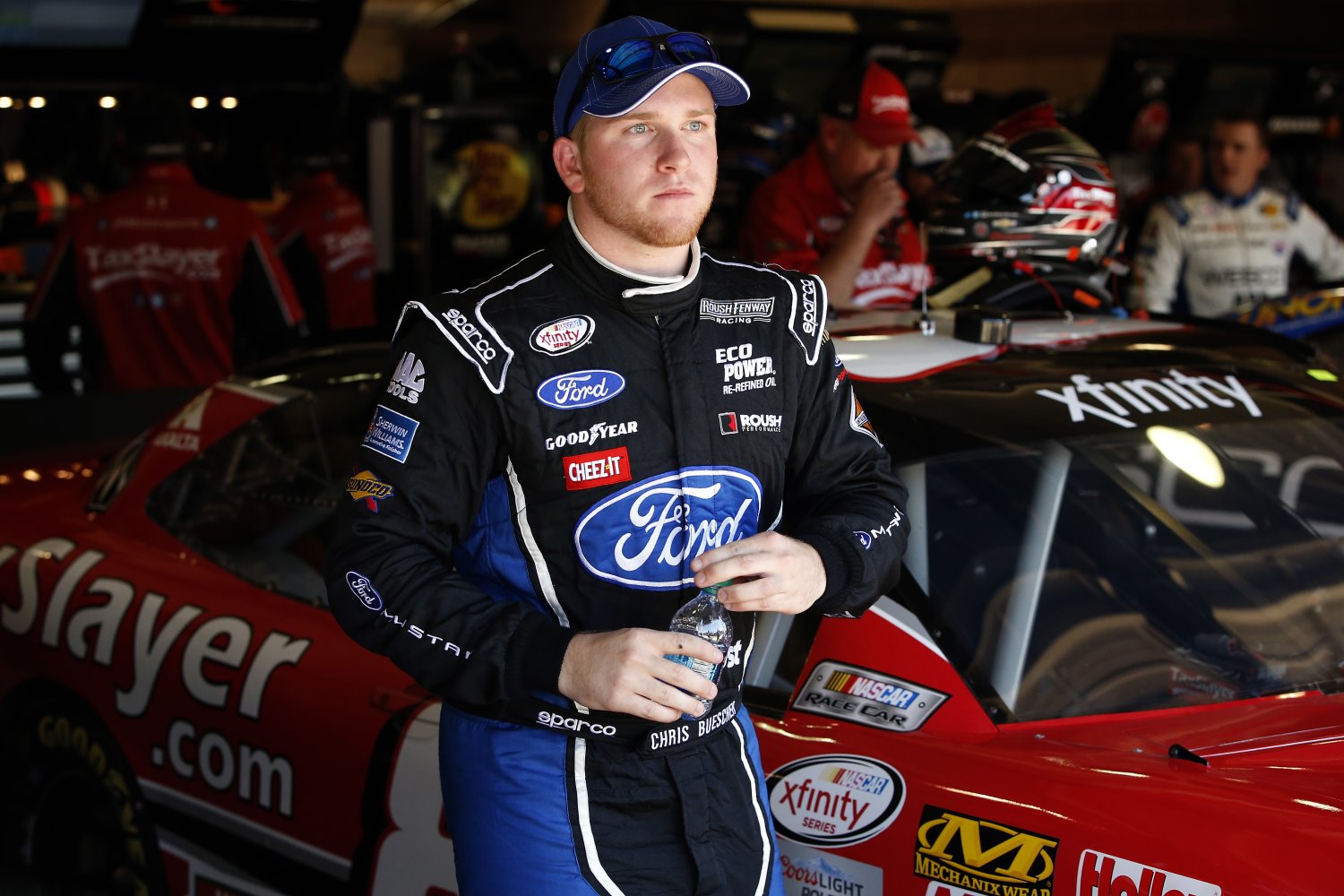 While it can't top Carl Edwards announcing he won't drive this year, one of the more surprising things that took place this offseason was the news that Chris Buescher, a Ford driver, would be loaned to JTG Daugherty, a Chevrolet team. "At first sight, it certainly gave us second thoughts," admitted Raj Nair, executive vice president for Global Product Development and Chief Technical Officer for Ford. "As we thought about it … this is the right thing to do."

Dave Pericak, Global Director for Ford Performance, said there wasn't room for Buescher, a Roush Fenway Racing driver, with another Ford team for this season. Roush Fenway Racing downsized to two teams and both were set with sponsorship for Trevor Bayne and Ricky Stenhouse Jr. Front Row Motorsports, where Buescher was loaned to last year and made NASCAR's playoffs after his Pocono win, … wasn't a viable option and will have David Ragan and Landon Cassill as its drivers.

"If you look at where we are in our transition and our plans going forward, we just didn't have a seat for him and it's not right to ask him to sit and not drive," Pericak told NBC Sports. "That's just not right. Knowing he wants to be a Ford guy, knowing we want him to be a Ford guy, we thought there might have been a unique solution to keeping him basically in the Ford family. This is the right thing for him." NBC Sports