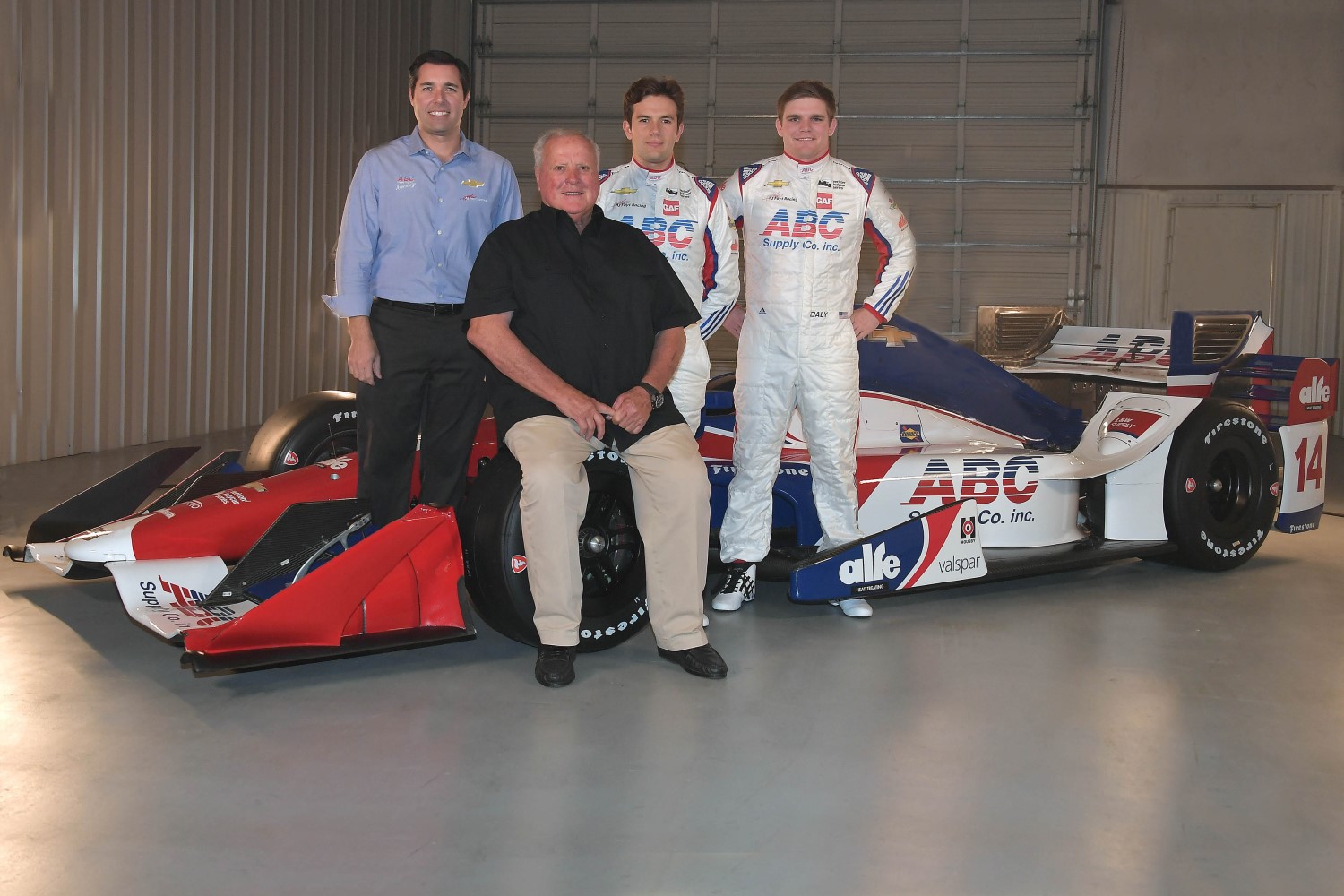 As has been speculated since late last year, AJ Foyt Racing announced today that it will compete with Chevrolet engines and aero kits for its two ABC Supply entries in the 2017 Verizon IndyCar Series.

It is a reunion for team owner A.J. Foyt, whose last race as an Indy car driver came with Chevy power at the 1992 Indianapolis 500 and whose Verizon IndyCar Series team ran Chevrolet engines as recently as 2005 with grandson A.J. Foyt IV at the wheel.

"I am looking forward to what will be a new chapter for us that involves returning to an old friend in Chevrolet," said Larry Foyt, the team president and A.J. Foyt's son. "There are a lot of changes happening within our team this offseason and I won't minimize the challenges, but I see a lot of potential with our plan."

The team's switch from Honda had been anticipated since Chip Ganassi Racing changed suppliers from Chevrolet to Honda in October. New Foyt drivers Conor Daly and Carlos Munoz – who both drove Hondas in 2016 – will get their first chance to try out the Chevy equipment during a private team test at Sebring (Fla.) International Raceway later this month.

"We are pleased to welcome AJ Foyt Racing to the Chevrolet Indy car program," said Mark Kent, director of Chevrolet motorsports competition. "Chevrolet and Foyt both have long histories in Indy car racing, including prior opportunities to work together. We look forward to renewing the partnership and a strong start to the 2017 season."

A.J. Foyt, whose 67 Indy car wins are the most of any driver, competed in Chevrolet-powered cars throughout his illustrious career, whether it was in Indy cars, stock cars, sports cars or sprint cars. In his final Indy car race as a driver, Foyt drove the Chevy-powered No. 14 to a ninth-place Indianapolis 500 finish at age 57. He also qualified second at Indy in 1991 in his Chevy-powered car, completing a legends front row that included pole winner Rick Mears and Foyt's longtime rival, Mario Andretti.

The last time that A.J. Foyt drove a Chevrolet-powered car at Indianapolis Motor Speedway was the Chevrolet Camaro he used to pace the field for the 100th anniversary Indianapolis 500 in 2011.

"I'm glad to be back with Chevy," said A.J. Foyt, the first four-time winner of the Indy 500. "I've had a lot of success with them in the past and I'm looking forward to more success in the future."