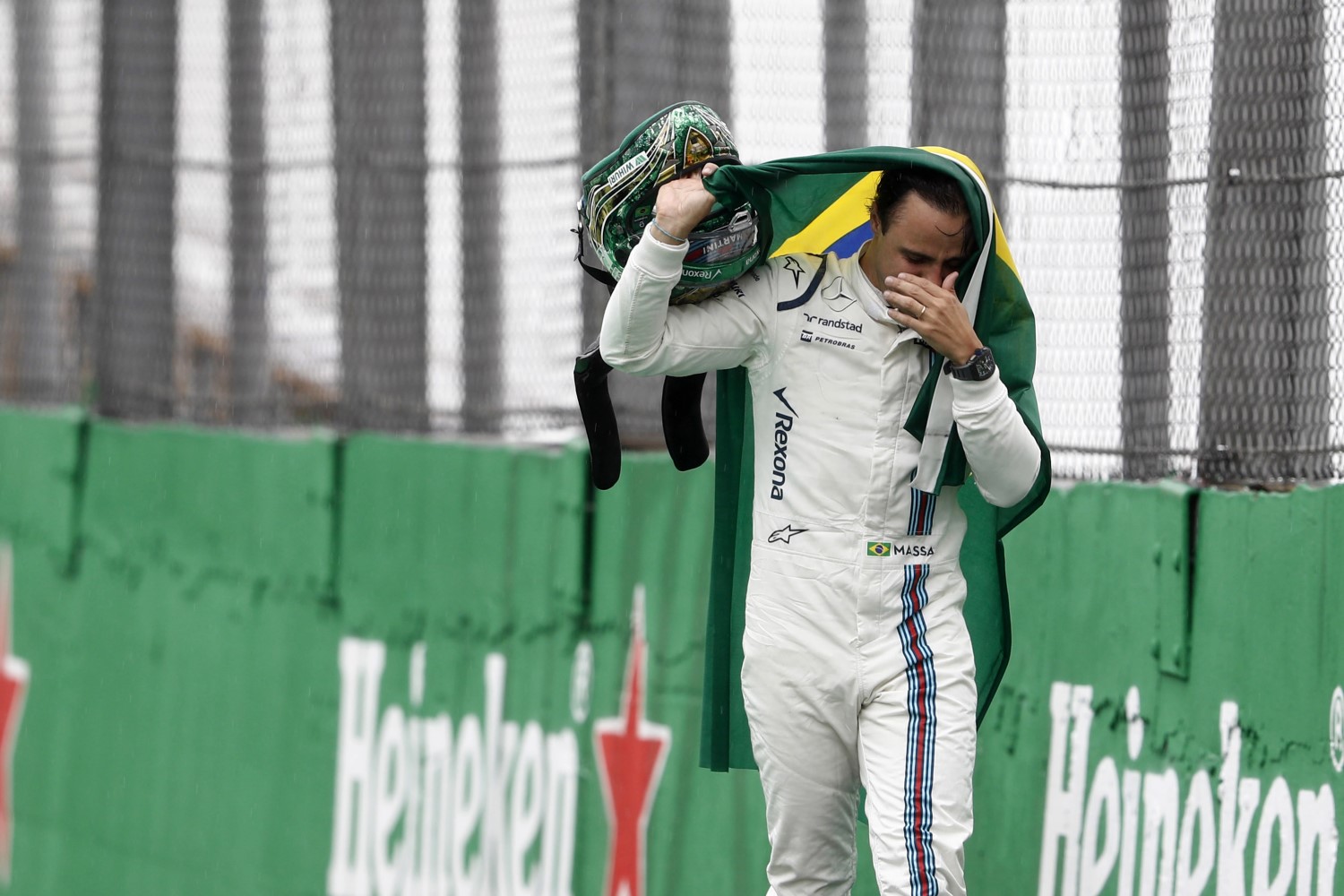 WILLIAMS MARTINI RACING is pleased to confirm that Felipe Massa has agreed to re-join Williams on a one-year deal, coming out of retirement to replace Valtteri Bottas who the team has released to join Mercedes for the 2017 season.

Felipe will race for a fourth consecutive season with Williams, alongside Lance Stroll who will make his Formula One debut in the 2017 FIA Formula One World Championship.

Having joined Williams in 2014, Felipe has been instrumental in the team’s improved performance supporting a resurgence to third place in the Constructors’ Championship in his first and second years.

Speaking about the announcement Felipe Massa said; “Firstly, I am very happy to have an opportunity to return to Williams. I always intended to race somewhere in 2017, but Williams is a team close to my heart and I have respect for everything it is trying to achieve. Valtteri has a great opportunity, given the turn of events over the winter, and I wish him all the best at Mercedes.

“In turn, when I was offered the chance to help Williams with their 2017 Formula One campaign, it felt like the right thing to do. I certainly have not lost any of my enthusiasm for racing and I’m extremely motivated to be coming back to drive the FW40. The support from my fans over the last few weeks has been a huge boost and I'm grateful for that. I also look forward to working with Lance; I’ve known him for many years and seen his talent develop during that time, so I look forward to seeing what we can achieve together."

Claire Williams, Deputy Team Principal, said; “I’m delighted that Felipe has agreed to come out of retirement to be a part of our 2017 campaign. With Valtteri having a unique opportunity to join the current Constructors’ Champions, we have been working hard to ensure that an agreement could be made with Mercedes to give Valtteri this fantastic opportunity.

“Valtteri has been part of the Williams family since 2010 and in that time has proved a huge talent, securing nine podium finishes. I would like to take this opportunity to thank him on behalf of the whole team, and wish him a successful season as he joins Mercedes.

“Felipe has always been a much-loved member of the Williams family, and having the opportunity to work with him again is something we all look forward to. He was always going to race somewhere in 2017, as he has not lost that competitive spirit, and it was important that we had a strong replacement in order for us to let Valtteri go. Felipe re-joining us provides stability, experience and talent to help lead us forward. He is a great asset for us.

Q: You said at the end of last season that you felt it was the right time to retire from Formula One, what has changed?

A: My intention was always to race somewhere, as I still have the passion for racing and competing. I also have a strong love for Williams as I have enjoyed the last three years with the team, and therefore coming back to help give stability and experience to drive things forward in 2017 was something that felt right to do.

Q: Could you have looked at other opportunities to stay in Formula One, if you were still open to the idea?

Q: You left the sport on such a high at the end of last season, is there a danger that you won’t get the same reception now you have returned?

A: The scenes I saw in Brazil and Abu Dhabi last year are ones that I will never forget. I am so grateful for everything that happened last year and all the kind messages. Whatever happens this season, I will always leave the sport with my head held high.

Q: Do you still have the desire to race in Formula One?

A: When I joined Williams back in 2014 I found a team – and a family – that I have loved being a part of. I certainly haven’t lost the desire to race and fight on track. Whatever I would have turned my hand to this year, I would have been putting 100% effort into doing the best job that I can, and if I didn’t have that passion, I would not have agreed to return.

Q: You have been linked to a number of different race series over the winter, how far had conversations gone?

A: Since announcing my retirement last year, I had been assessing my options and there were a number of opportunities presented to me that I could have pursued. However, I have made my decision and therefore this is now my focus.

Q: How does it feel to be replacing your old teammate Valtteri?

A: Going to the current World Champions is a great opportunity for Valtteri. He is a talented racer and it was great working alongside him for three years. I wish him all the best for the next chapter of his career.

Q: Can we assume that money was a factor in your decision to return to Formula One?

A: I won’t be discussing figures or any details regarding the negotiations. All I will say is that this was the right decision and I am happy to continue as part of the team.

Q: What helped make the decision and what factors did you take into consideration?

A: I think what happened at the end of last season with Nico’s unexpected retirement sparked a unique turn of events. Valtteri has been offered a fantastic opportunity and, as a result, an opportunity arose for me. When the media began reporting that I might return, I was touched by the response from so many fans who wanted to see me back in the sport. That was certainly a factor in the decision, so I’d like to thank the fans for their support. But, at the end of the day, when I received the call it was an offer I couldn’t refuse. It was Williams!

Q: Can you confirm this is a one-year deal?

A: At present this is a deal for 2017 only and I have not thought beyond.

Q: What are your thoughts on your new teammate Lance Stroll?

Q: I’m looking forward to working with Lance, having known him for a long time. He has proved in the championships he has competed in so far that he deserves this opportunity, and it’s great to welcome new talent into Formula One. Lance may be young, but Williams has a history of bringing young drivers into the sport. He knows there is a steep learning curve ahead, but motorsport is a team sport and I look forward supporting him in any way I can.

A: It’s going to be an exciting year with all the regulation changes and I’m going to be spending lots of time with the team now preparing for the season. It’s too soon to make predictions, as we haven’t even turned a wheel. But I can say that I’m very much looking forward to driving the FW40 when testing begins next month.

Q: Williams is celebrating 40 years in Formula One this year, are you looking forward to being part of that?

A: Yes, very much. Williams has such a great history in the sport and reaching this milestone is a fantastic achievement. I know the team has more plans to celebrate this year and I’m looking forward to being part of them.