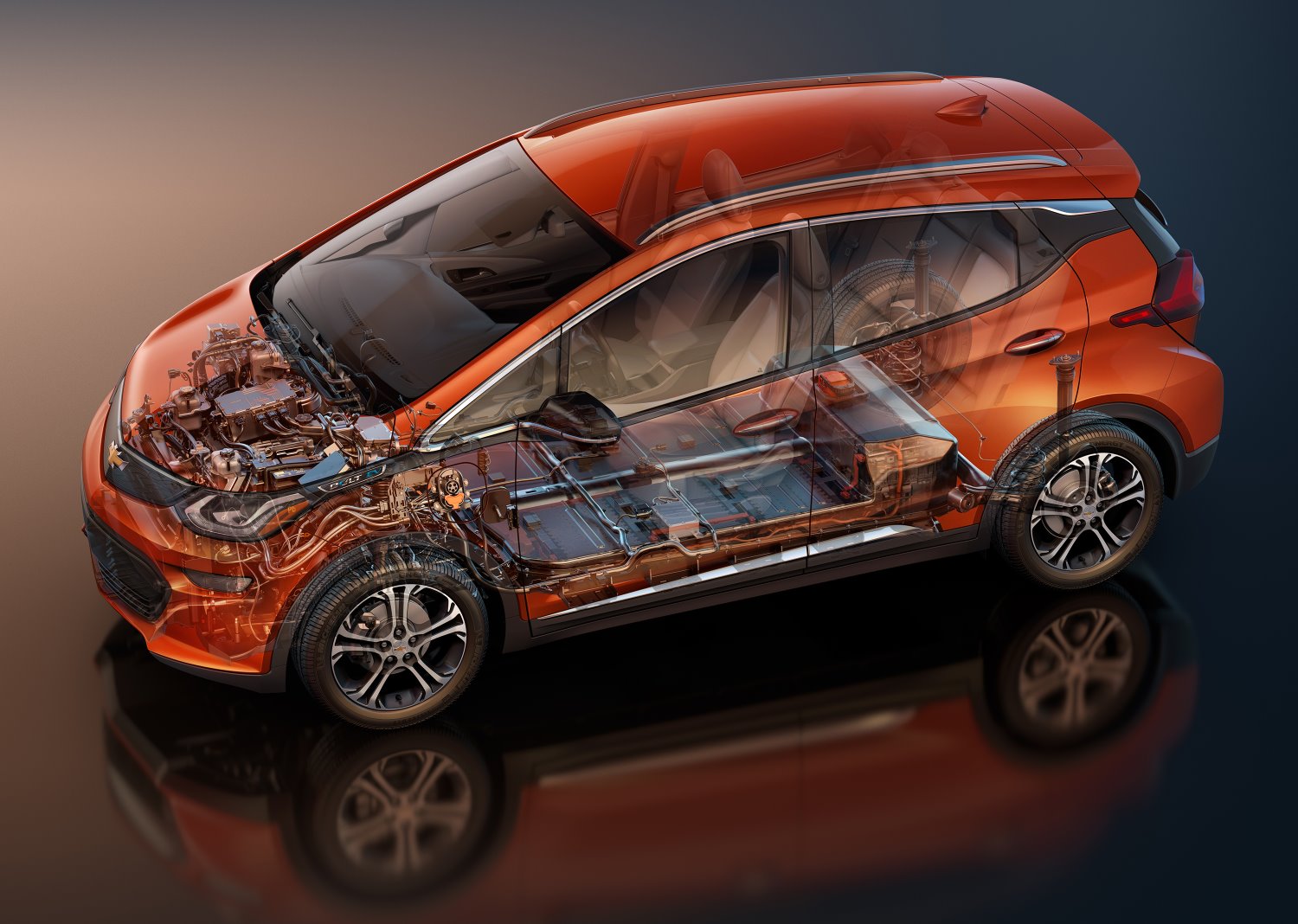 A recent comment by General Motors CEO Mary Barra this week has sent EV fans to speculating, as she said a "huge range of vehicles" will be spun off from the Bolt EV platform.

How one defines a huge range of vehicles, how soon these will be, and what really to expect at all were not disclosed, but the question came after being asked about Ford's announcement of 13 electrified vehicles it has in the works.

"I think what's important is the Bolt EV follows the second generation of the Volt; so we had the first Chevrolet Volt, we've already launched the second generation," said Barra (in video below) from the sidelines of the Detroit auto show. "There's a lot of learning there, and all those learnings went into the Bolt."

… Which, she says will be the basis of many more cars – presumably all-electric, but not definitively stated as such – to come.

"The Bolt is our platform that we're going to continue on and have a huge range of vehicles," said Barra, "so we haven't announced them yet, but you're going to see more coming."

Barra went on to avoid specifics mentioning things GM expects including costs being driven down, improved battery energy density, people liking the new electrified cars, and that synergies will happen.

"So, I think that the fact that were doing it right now is pretty significant," she said.

Implied also by Barra's response was the Volt is better in key ways than what Ford has yet demonstrated.

But Ford, reinventing itself into a "mobility" company as is GM, has promised a 300-plus-mile all-electric SUV, a hybrid F-150, hybrid Mustang, turbocharged hybrids, and Barra predictably sidestepped answering a "future product" question about the potential for a Camaro hybrid.

GM has previously expressed interest in a hybrid Corvette, potentially a plug-in hybrid Corvette, and otherwise it and so many other manufacturers know they'll need more electrified vehicles to meet global regulations in years ahead.

"Electrified" is defined as hybrid, plug-in hybrid, or battery electric, and contrary to what the reporter suggested to Barra of Ford's future product announcement, Ford is bringing 13 "electrified" vehicles, not "13 EVs" (as in battery electric vehicles) by 2020.

As it has for some time now, GM is thus playing its hand closer to its chest, but Barra's statements imply the company will not be left out – and it will meet competition, demand and all other market realities as it has to.

Barra went on to say GM expects gas prices to stay low in America for quite some time, and this has driven record sales of conventional trucks, SUVs, and crossovers that Americans like to buy when they don't feel immediate pressure of gas prices.

Yes, one might say there is a reactive mentality among consumers, and carmakers in turn are reacting to regulations, with a goal of making revenues and staying ahead of penalties.

This said, manufacturers including VW Group, Daimler and BMW have all projected 15-25 percent of their products being electrified by 2025, Honda said two-thirds by 2030, and so all carmakers now with toes in the water are being pulled in deeper.

Keeping to the metaphor, or mixtures thereof, if any are yet afraid they'll be shocked by "electrified" waters, EV fans are splashing around already saying come in, the water is fine. Carmakers are saying trust us, we'll get there soon.

Proof of consumer demand includes phenomena like over 400,000 pre-orders for Tesla's "$35,000" and 215-plus mile Model 3, and exuberance anytime mention is made of an affordable or close to mainstream priced larger plug-in, like the Chrysler Pacifica Hybrid.

So, coming back to the Bolt, Barra said its dedicated platform is expandable, and will be expanded to a "huge" number of vehicles. Whether that means a sedan, a larger crossover, a small SUV, or what else is not disclosed.

Something is in the works, what do you think they have up their sleeve?