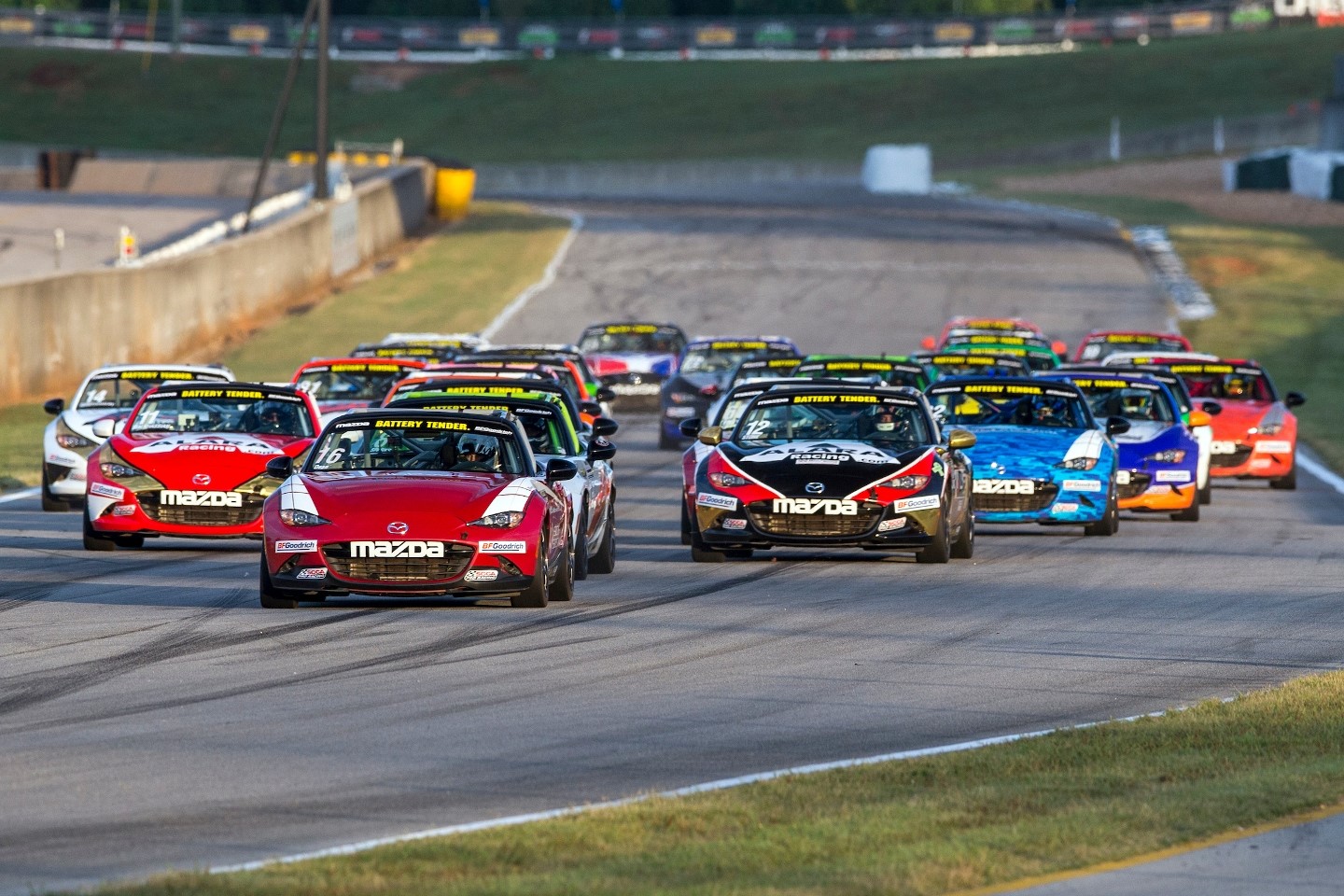 Mazda Motorsports has earned the reputation for the most supportive company in grassroots road racing. Part of that reputation was earned by Mazda paying for performance, namely cash payout to club racers across the country. Total payouts to Mazda club racers for 2016 successes exceeded $1,000,000. This is in addition to the $1,300,000 Mazda awards to champions in the professional ranks in the Mazda Road to Indy and Mazda Road to 24.

For 2017, Mazda has made enhancements to the program after listening to their racers. This year, in many classes, the payments will go deeper into the pack. While a win at the SCCA Runoffs still earns $5,000, finishing in second, third, and–for the first time ever—fourth place and sometimes as deep as fifth, will earn a Mazda racer money back from Mazda.

It has been noted that racing is the intersection of sport, technology, and commerce. Without the commerce, there is no money to develop the technology that makes the sport thrive. It’s all about the numbers. To borrow a phrase from Marketplace Money, Let’s Do the Numbers for Mazda Motorsports:

"Over the past four decades, Mazda has grown from a small player in racing to become the dominant force in grassroots competition. Thousands of customers choose our cars and products to race and our company to support them while racing. Our job is to provide them with the best possible parts and tech support; reward them with contingency, promote their accomplishments, and simply do right by them." noted David Cook, business development manager, Mazda North American Operations.