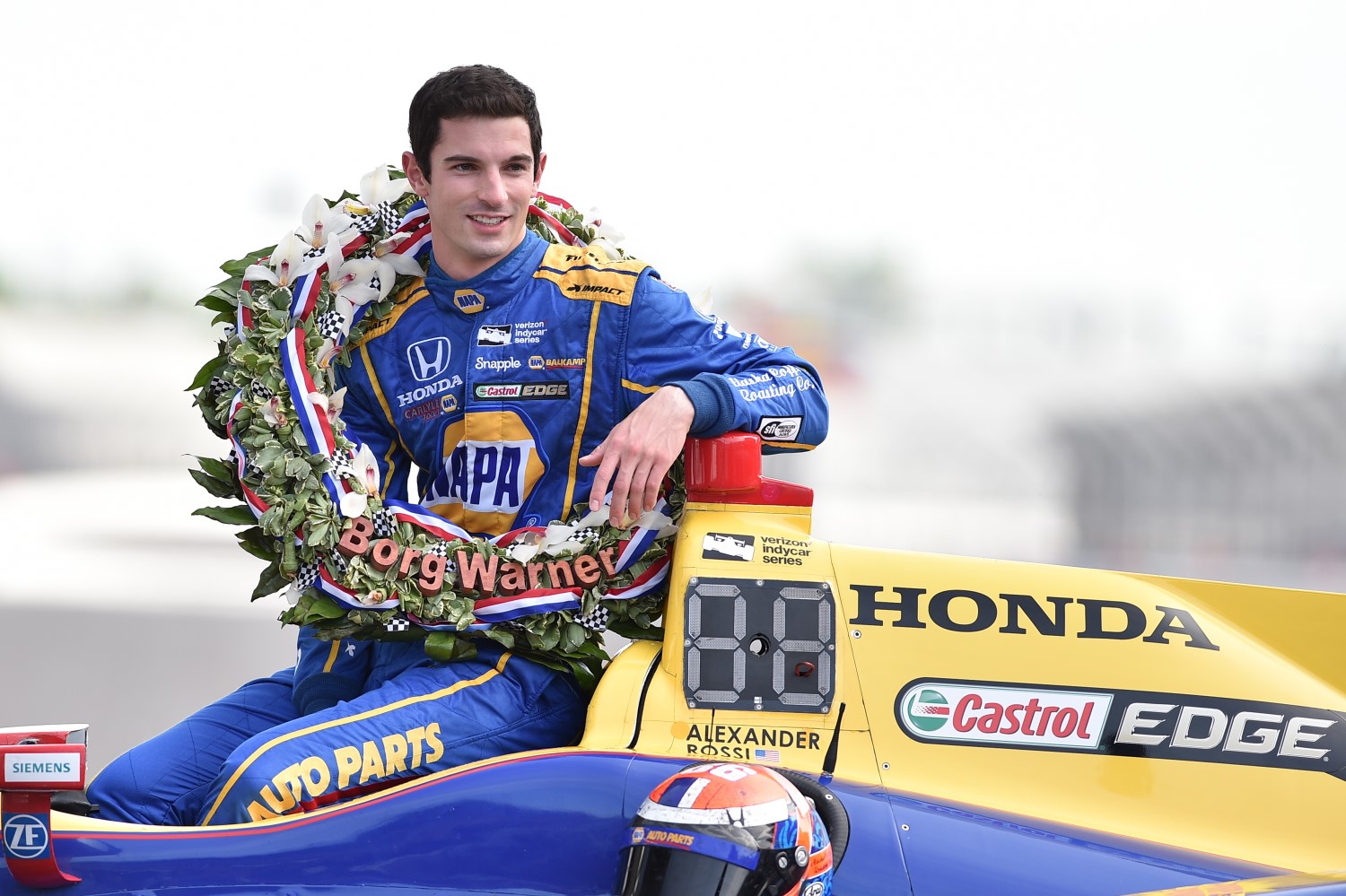 The 2017 North American International Auto Show (NAIAS) began this week in Detroit with media and industry preview days and during the course of the show the Chevrolet Detroit Belle Isle Grand Prix will host some of the top drivers in the world before they return to race this summer at Belle Isle, June 2-4.

This evening, Indianapolis 500 winner Alexander Rossi and his team owners Michael Andretti and Bryan Herta of Andretti Herta Autosport will be in Detroit to receive their Baby Borg Warner trophies during the annual Automotive News World Congress dinner. The dinner and the trophy presentation will take place at the Renaissance Center Marriott in downtown Detroit.

On Thursday, January 12, Rossi will be joined by Josef Newgarden, Team Penske’s newest driver in the Verizon IndyCar Series, and both drivers will have an opportunity to tour the NAIAS floor and see all the amazing cars and displays at the show. Rossi and Newgarden will also visit the INDYCAR Cafe on the main show floor that features likely the fastest vehicles at the show and in Detroit – Rossi’s 2016 Indy 500-winning No. 98 Indy car and the No. 22 Team Penske Chevrolet that Simon Pagenaud raced to the 2016 Verizon IndyCar Series championship this past season. The INDYCAR Café also features a massive video board that will display highlights from the 2016 season as well as special content promoting the Chevrolet Detroit Belle Isle Grand Prix, a uniquely-designed Firestone tire wall and backdrop as well as a race simulator so showgoers will have an opportunity to see what it’s like to drive a Verizon IndyCar Series car.

At Friday night’s exclusive Charity Preview event at the Auto Show, three-time Indianapolis 500 and Chevrolet Detroit Belle Isle Grand Prix winner Helio Castroneves will be a guest of honor during the evening. The longtime Team Penske driver will visit the INDYCAR Café, participate in media interviews, meet with special guests and executives and take over the social media channels for Autoweek, showcasing the various sights and sounds from the show.

The Chevrolet Detroit Belle Isle Grand Prix will once again be featured during NAIAS Family Day on Friday, January 20. A great lineup of drivers, champions and winners on Belle Isle will participate that day as reigning Verizon IndyCar Series champion and 2013 Dual in Detroit winner Simon Pagenaud will visit the show along with 2015 Belle Isle race winner Carlos Munoz, who joins the A.J. Foyt Enterprises team for the 2017 Verizon IndyCar Series. The defending champions of the IMSA WeatherTech SportsCar Series race on Belle Isle will also be featured guests at NAIAS Family Day as brothers Ricky and Jordan Taylor from the Wayne Taylor Racing team will be in town just days before their season gets the green flag when they will debut the sleek new Cadillac Protoype at the Rolex 24-Hour Race at Daytona on Jan. 28.

All four drivers will appear in the INDYCAR Café at NAIAS and then participate in a Chevrolet Detroit Belle Isle Grand Prix panel discussion with WXYZ-TV on stage in the Cobo Center Atrium at 12 noon on Jan. 20. Joining the drivers on the panel will be Mark Miles, CEO of Hulman & Company and INDYCAR and Bud Denker, Chairman of the Chevrolet Detroit Belle Isle Grand Prix. Following the panel, the drivers will all sign autographs and pose for pictures with fans between 12:30-1:00 pm. All of the activities in the Cobo Atrium are free to the public and NAIAS tickets are not needed to access that area.

Tickets for the 2017 Chevrolet Detroit Belle Isle Grand Prix are now on sale. For more information and to purchase tickets visit www.DetroitGP.com or call 866-464-7749 (PRIX).