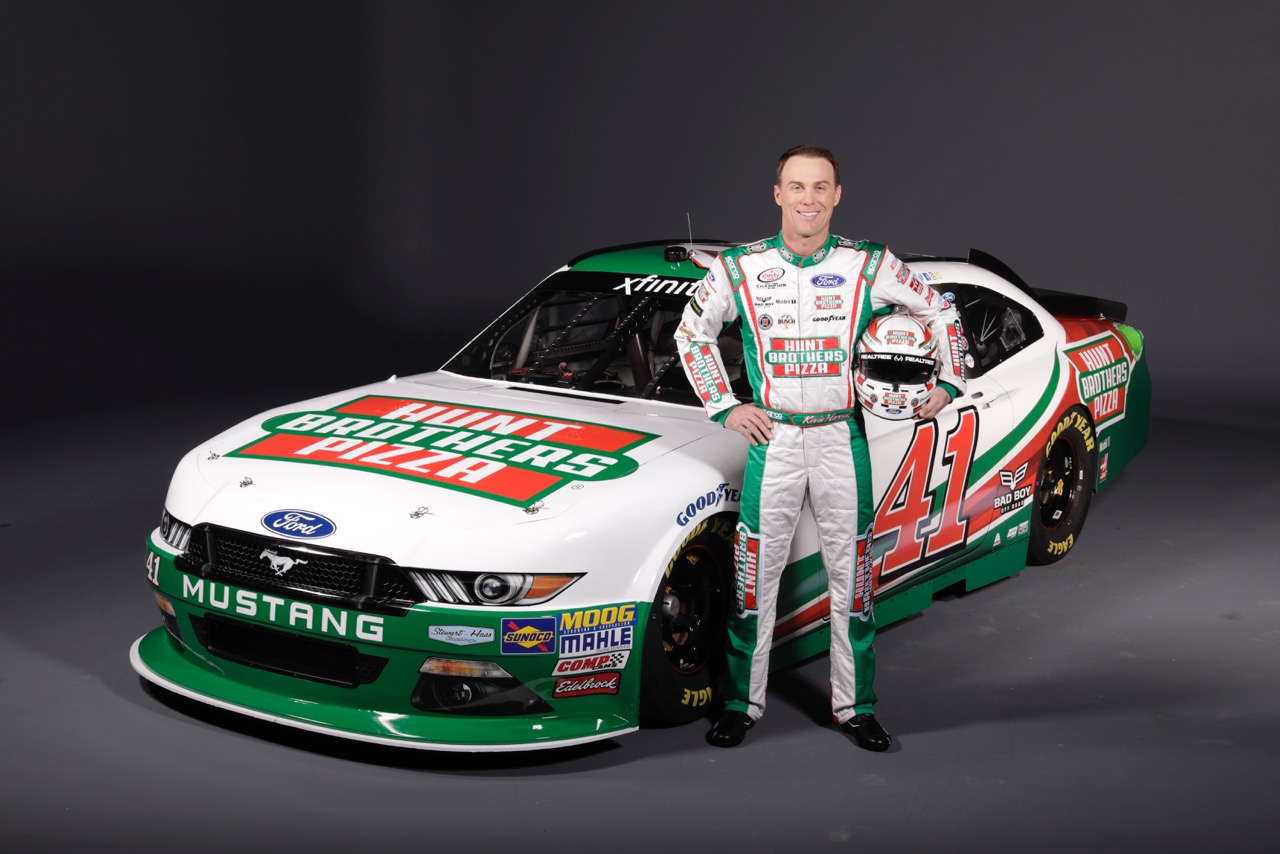 01/06/17 Stewart-Haas Racing's NASCAR XFINITY Series effort has yet to make it to the race track, yet the organization has already announced plans to bolster the effort with the addition of a second, part-time team to go along with the No. 00 Ford Mustang to be driven by rookie of the year contender Cole Custer.

The organization announced Thursday that 2014 Monster Energy NASCAR Cup Series champion Kevin Harvick will compete in four XFINITY races for SHR in a second entry, the No. 41 Ford, to be sponsored by Hunt Brothers Pizza.

Harvick is a two-time XFINITY Series champion (2001, '06) and has 46 career victories in the series.

"I've always enjoyed competing in the XFINITY Series," Harvick said in a release announcing the move. "With Stewart-Haas Racing starting a new program, I'm excited to be a part of the building process because it will make us stronger going forward as a company. I'm proud to continue working with Hunt Brothers Pizza and seeing their colors on my Ford Mustang."

Officials says there are no additional races planned for the team at this time.

Hunt Brothers has been aligned with Harvick and SHR since 2014 as an associate sponsor of the No. 4 Monster Energy NASCAR Cup Series entry. The company also sponsored Harvick for select XFINITY Series races during his tenure at Richard Childress Racing, beginning in 2011, and more recently at JR Motorsports. Its first foray into NASCAR came in 2008 with Haas CNC Racing prior to it becoming SHR.

Hunt Brothers will also serve as an associate sponsor on Custer's No. 00 entry this season.

"NASCAR has been a strong platform for Hunt Brothers Pizza thanks to the roles Kevin Harvick and Stewart-Haas Racing have played in representing our brand," Keith Solsvig, vice president of marketing, Hunt Brothers Pizza, said. "NASCAR fans love to travel and visit convenience stores. We want to continue to show our appreciation to our store partners and their consumers. Having our own Hunt Brothers Pizza Ford Mustang on the racetrack with a partner like Kevin is a great way to showcase how we constantly strive for excellence."

Bowyer joined the team this year, taking over for Stewart in the No. 14 Ford Fusion.

SHR officials announced plans to field an XFINITY Series team in July of '16. Custer, who competed in the NASCAR Camping World Truck Series last year with JR Motorsports, was named the team's driver in September.

Jeff Meendering will serve as Custer's crew chief. The crew chief for the No. 41 entry has yet to be announced.

The XFINITY Series program and addition of Bowyer aren't the only changes for SHR heading into the 2017 season. The organization is also making the switch to Ford entries after a 13-year relationship with Chevrolet. nascar.com