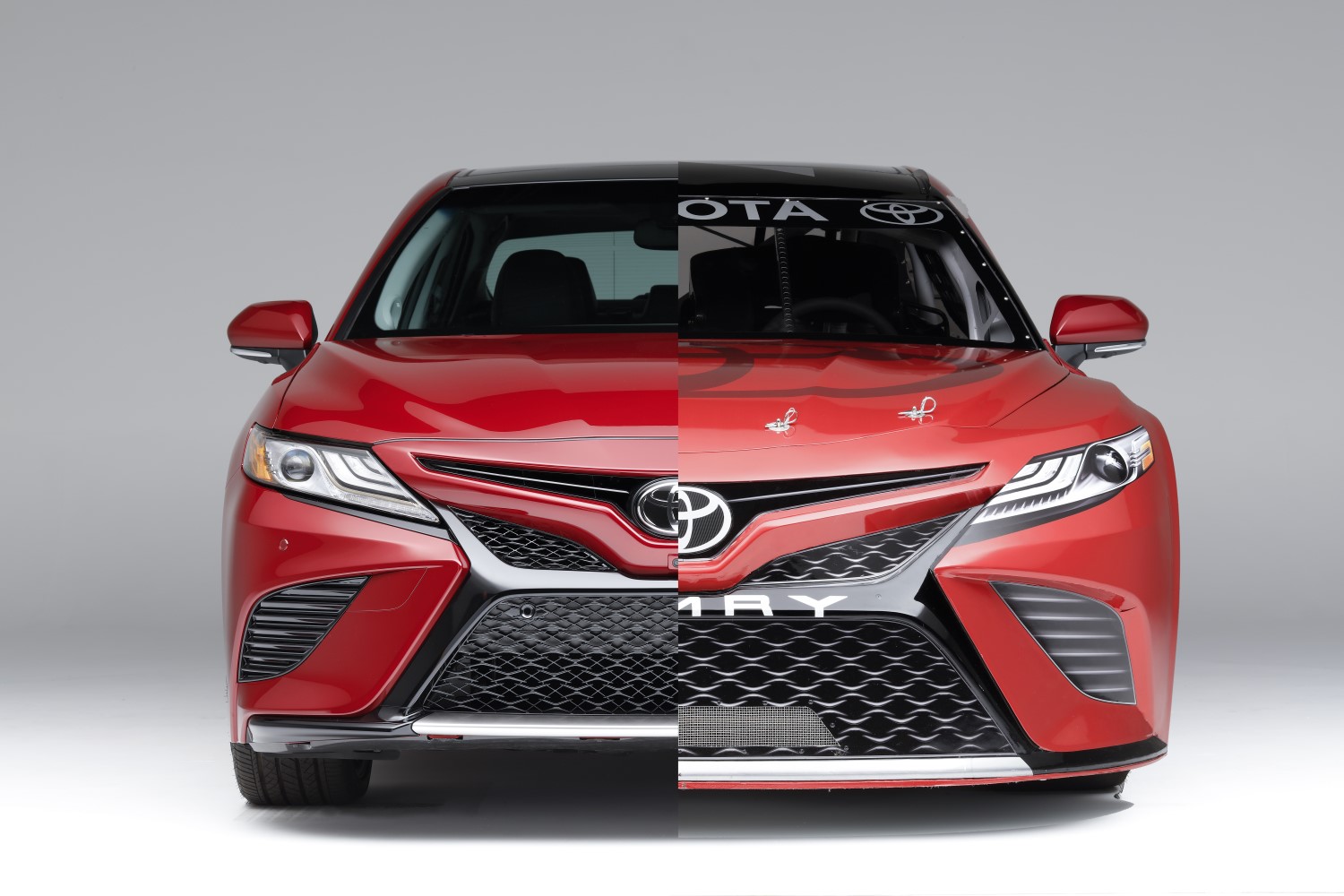 In an unprecedented event, Toyota today unveiled its 2018 NASCAR Toyota Camry race car in unison with the debut of the 2018 production Camry at the North American International Auto Show in Detroit. Following a dramatic redesign to its show room counterpart, the Camry race car will compete on the race track in 2017 as Toyota defends its NASCAR Premier Series manufacturer’s championship.

"The 2018 Toyota Camry NASCAR race car has been years in the making, and to unveil it simultaneously with our new production Camry is a milestone moment for our organization," said Ed Laukes, Vice President of Integrated Marketing Operations for Toyota Motor Sales (TMS), U.S.A. “The collaboration between Calty Design Group and TRD has produced a NASCAR Camry that showcases aggressive styling that is sure to turn heads on the race track and among our fans in Toyota showrooms across the country. Reimagining both the Camry race car and its production counterpart has been a tremendous undertaking and our goal has been to maintain parallel design characteristics so our fans can enjoy driving a Camry that closely resembles the one their favorite NASCAR driver races each weekend."

Spearheaded by Camry chief designer Masato Katsumata, the production Camry received a radical redesign for 2018 and engineers from Calty Design Research, Inc., Toyota’s North American design studio, and TRD, U.S.A. (Toyota Racing Development) worked together to ensure the NASCAR Camry showcased the same aggressive attributes as its updated production sibling. TRD and Calty worked together with NASCAR throughout the process.

Calty previously worked with Toyota and TRD to update the NASCAR Camry when NASCAR introduced its Gen-6 models in 2013, and again when Toyota updated the Camry race car in 2015. The design group also worked with TRD on the 2015 NASCAR XFINITY Series Camry, the 2014 Toyota Tundra for the NASCAR Camping World Truck Series and the current NHRA Funny Car Camry.