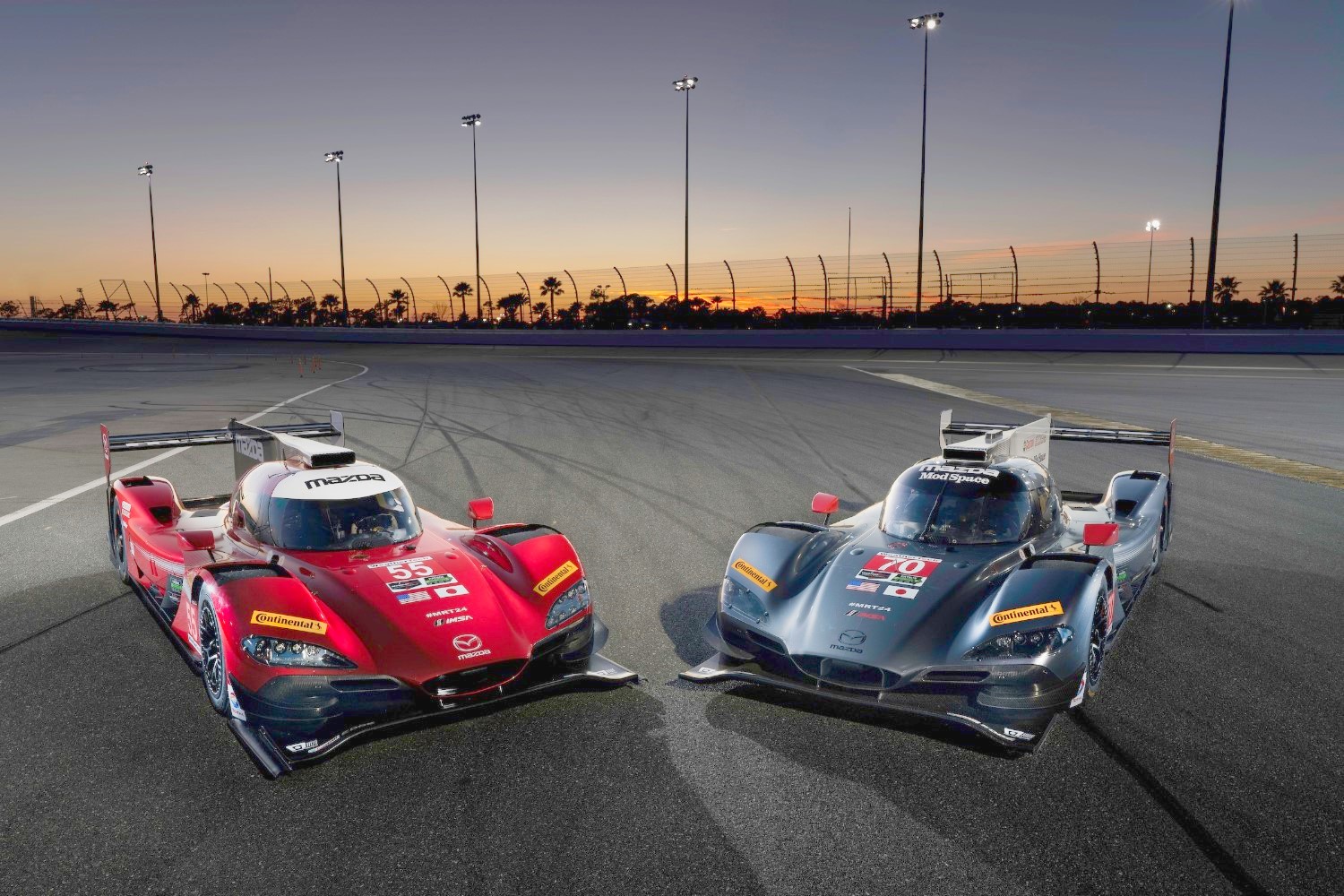 The Mazda Prototype team has unveiled the official liveries that the two Mazda RT24-P cars will carry in the 2017 IMSA WeatherTech SportsCar Championship. The No. 55 car features Mazda’s Soul Red color as it has in past seasons, while the No. 70 car will carry another of Mazda’s featured colors, Machine Grey. The prominent colors complement the distinct lines of Mazda’s KODO design that defines the look and aerodynamics of the new race cars under the Daytona Prototype international (DPi) rules.

Drivers Tristan Nunez and Jonathan Bomarito will pilot the No. 55 Mazda this season, while Tom Long and Joel Miller are teamed in the No. 70 car. For the season-opening race, the Rolex 24 at Daytona (Jan. 29-30), the driver lineup will expand to include IndyCar stars Spencer Pigot (No. 55) and James Hinchcliffe (No. 70).

Jim Malicki has joined the team to take the helm as engineer/strategist for the No. 70. Malicki, of Austin, Texas, joins the team after a significant engineering career with teams such as Tequila Patron ESM, AIM Autosport and Performance Tech.

“You need to keep everyone moving in the same direction," said Malicki, about what he brings to the team with his decade-plus of engineering experience. “With the brand new car, we’ll develop processes from simple logistics to all of the technical details of the car. It’s about rational thinking and having patience. Patience and racing don’t seem like they fit in the same sentence, but it’s very important."

Ryan Knott has been promoted to crew chief on the No. 70 car, while new addition Chris “Scottie" Muir will take the crew chief role with the No. 55 car.